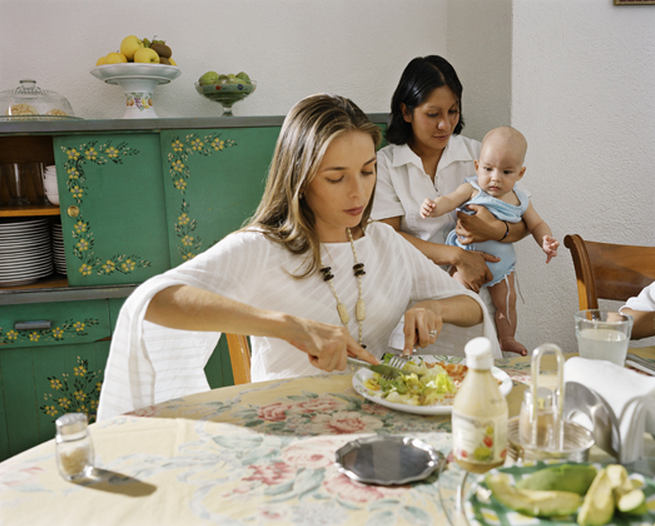 Gail Albert Halaban (born Gail Hilary Albert, 1970, in Washington, DC) is an American fine art and commercial photographer. She is noted for her large scale photographs of women and urban, voyeuristic landscapes.

Halaban earned her BA from Brown University and her MFA in photography from Yale University School of Art where she studied with Gregory Crewdson, Lois Conner, Richard Benson, Nan Goldin and Tod Papageorge.


I really like her projects because through her projects, she invites us to be connected to other from a neighbor's perspective. Everything looks really natural. The color scheme of the photos is fabulous, probably because she takes a lot of commercial photos too. 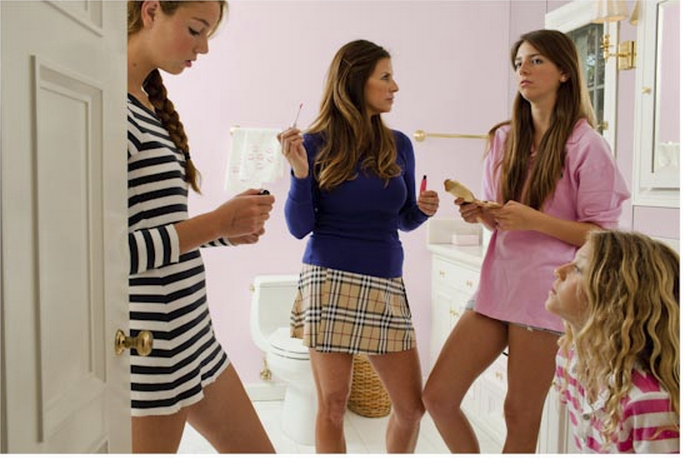 About Thirty series
Halaban's photographic series About Thirty examines the life of privileged women in New York and Los Angeles. These scenes of mothers with their nannies or a group of women comparing engagement rings establish both a critique of this kind of lifestyle as well as what the artist calls her own "complicated desire" to be part of this world. 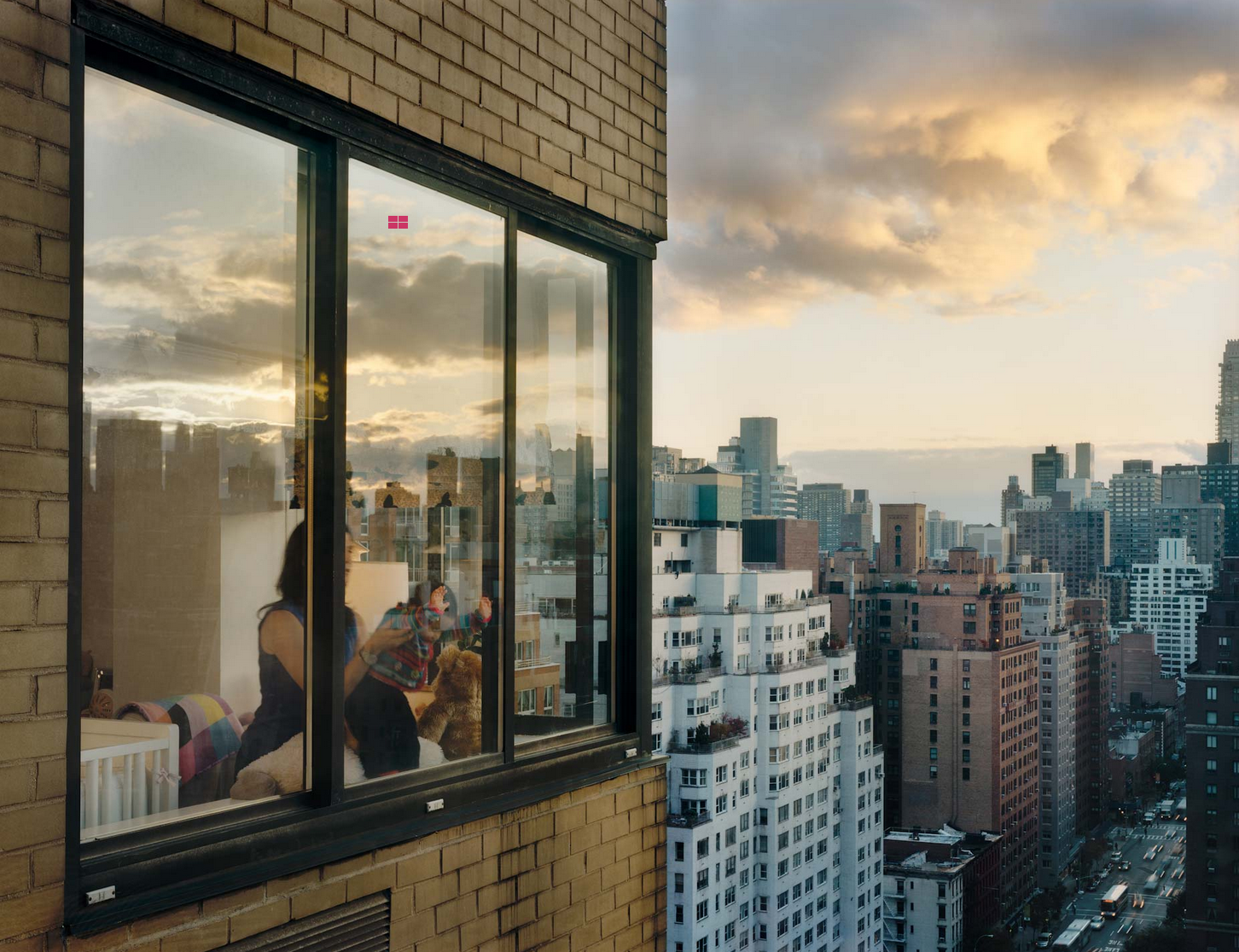 Out My Window series
Out My Window consists of elaborately staged photographs of people in their homes, shot from a distance. The architecture of New York City apartment buildings features prominently in the pictures, but the focus is the intimate view of their inhabitants. 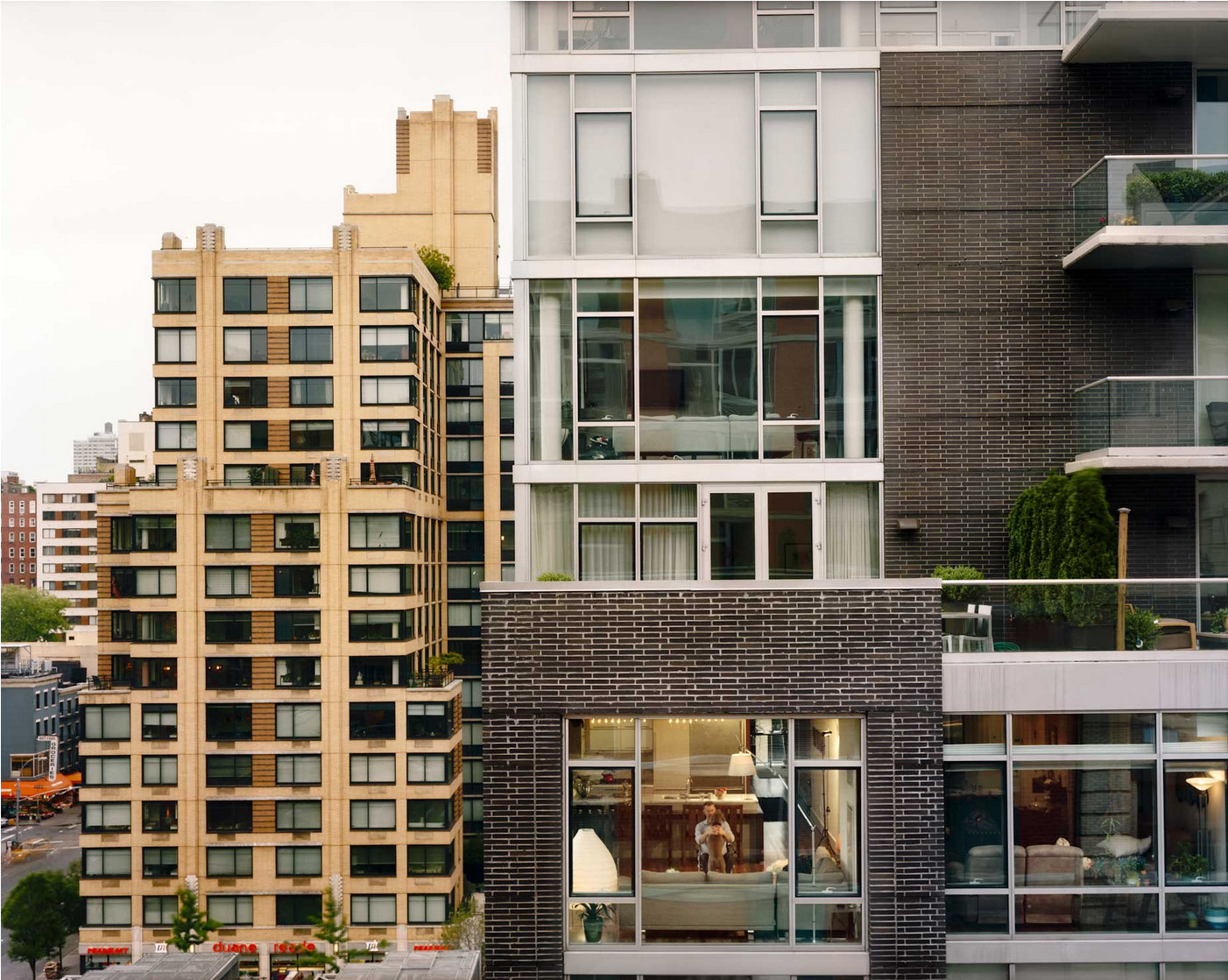 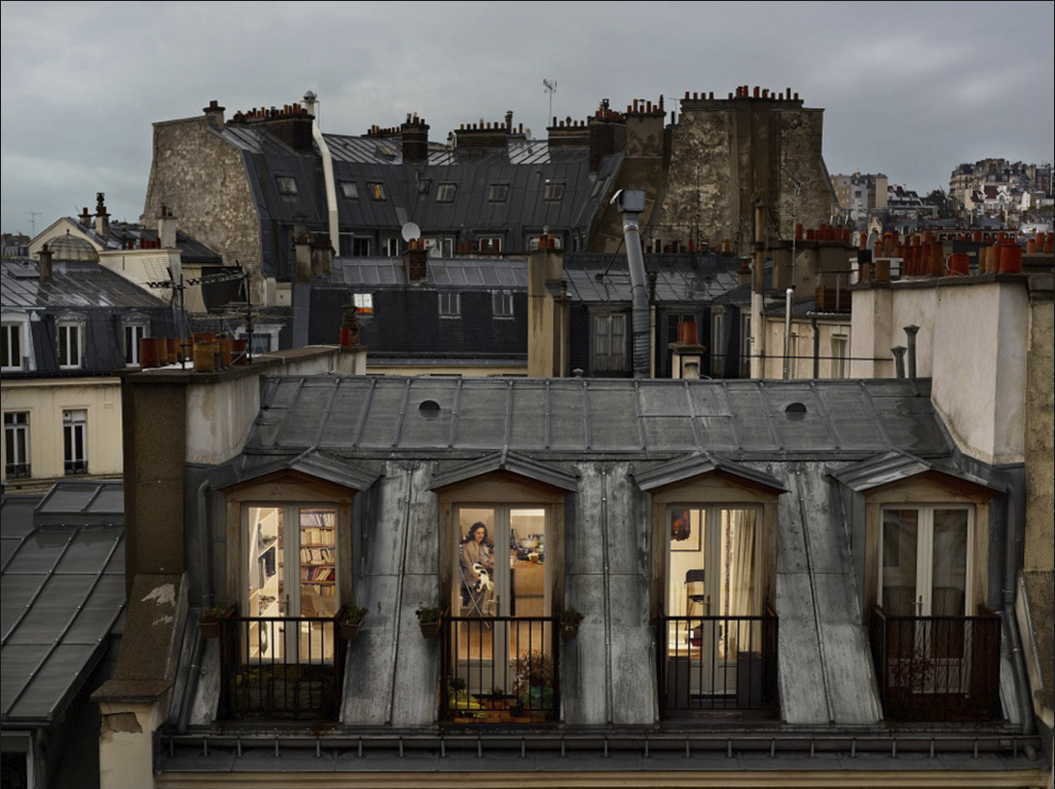 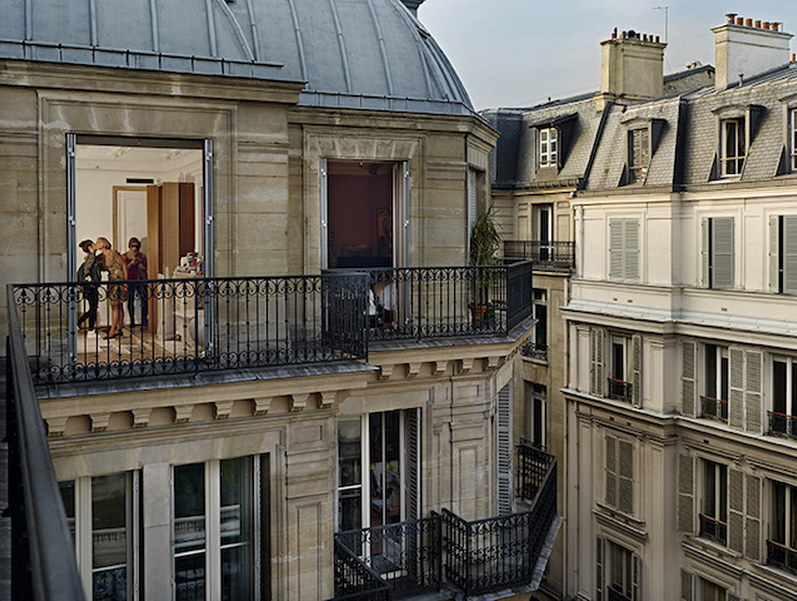 As an exploration into the everyday tensions and conventions of urban lifestyles, photographer gail albert halaban looks within the brick-clad, muti-storey spaces inhabited by parisians for her series ‘paris views’. Halaban’s lens reveals cinematic atmospheres and intimate stills of the lives occupying these domestic spaces, seemingly peering in to the private worlds of ordinary people. The collection comprises meticulously directed, window-framed versions of daily routine — a family plays instruments, a man sips a coffee, and woman changes her clothes — allowing the viewer to create their own fictional narrative about the characters, activities, and lifestyles illuminated within. although halaban’s photography appears to be voyeuristic, each scene has been carefully coordinated with consent, in turn strengthening her own, and the viewer’s relationship to the community. 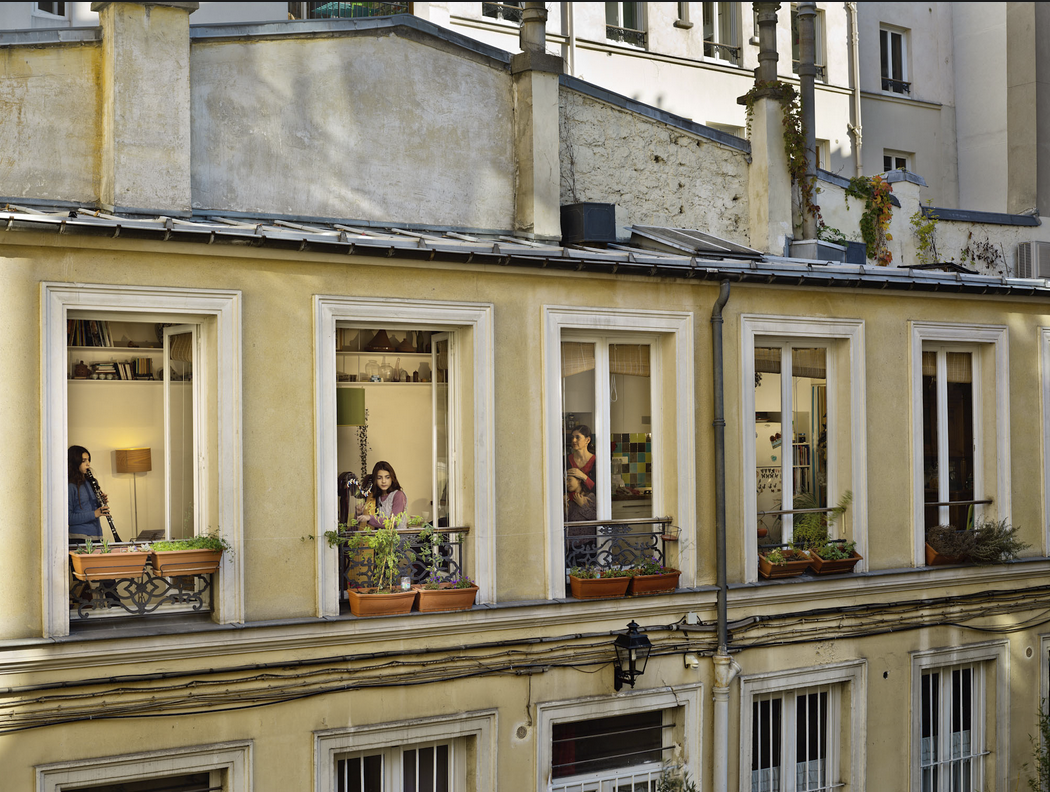 Here’s an interesting quote from Gail on from the Paris Views project. "Some Parisians were horrified that [it] might be criminal or immoral," said Halaban. "One might assume that the French are more free or uninhibited as they are portrayed in the movies, but my experience was that they are very carefully guarded about what strangers should know about other strangers."

This video answered my question about whether the people in the photos know photos have been taken of them, how Gail took the photos, and what’s her working environment like during the project. It’s very eye-opening to watch the work in progress.