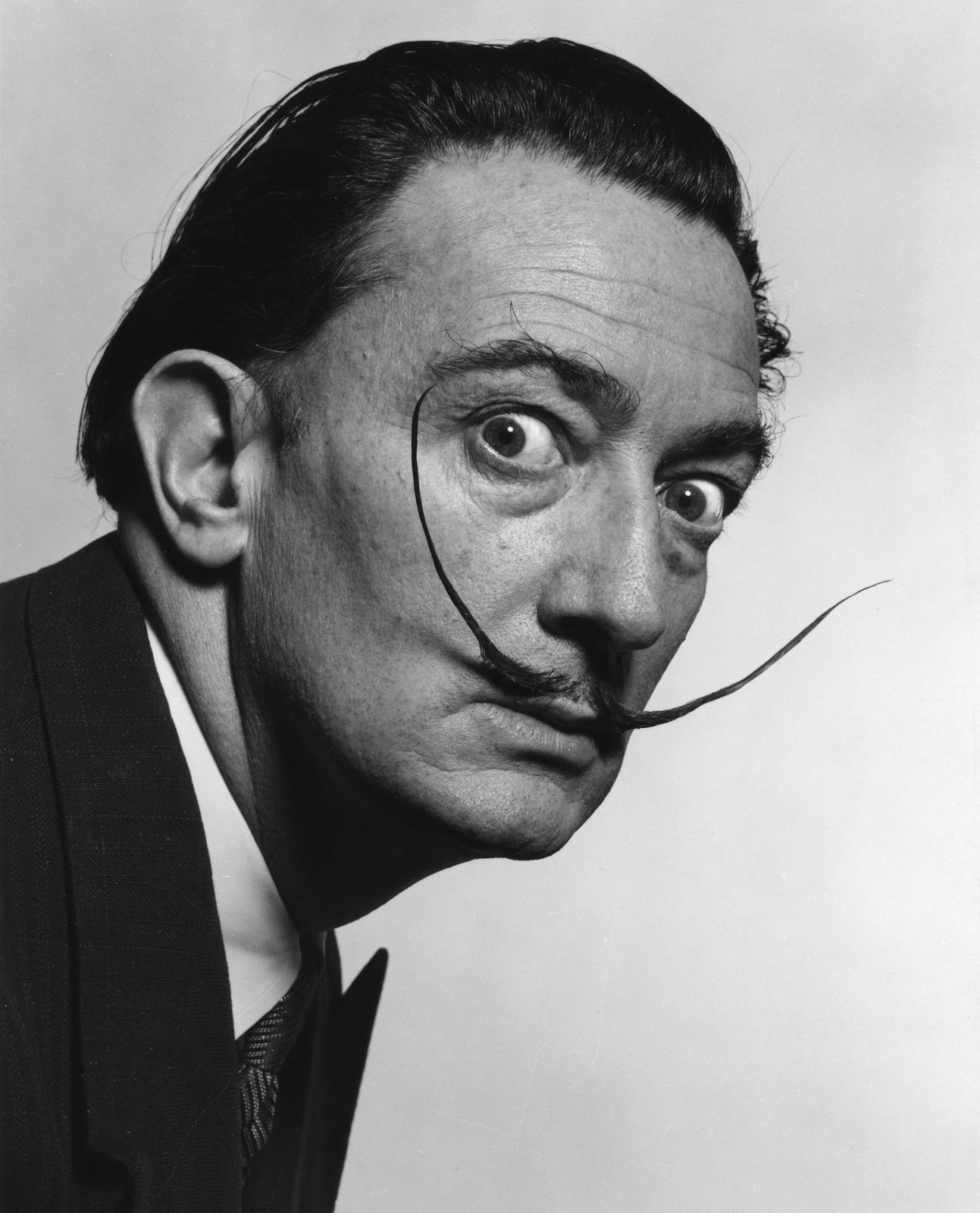 Salvador Dali is a Spanish painter world-renowned for his surrealism works. He was born May 11, 1904 in the town of Figueres, Spain. His deceased older brother had also been named Salvador, and being called the 'reincarnation' of his late sibling impacted his self-perception and art. At age 12 he attended a drawing school and by age 15 he displayed his first public exhibition of his work. A year later, his mother passed away - another death that greatly shaped Dali as a person. Through his artistic upbringing, Dali experimented in many fields. He revered Picasso and in his youth pursued cubism as a unique style in Madrid to impress his peers. He also demonstrated mastery over realism, perhaps best evidenced by his work 'The Basket of Break', shown below. The fading due to age slightly detracts from the realism, but in the works prime, it appeared photo-realistic. The composition itself is fairly straightfoward - a basket of break nestled in white fabric on top of a table. The solid, dark background contrasts well with the lighter tones of the rest of the piece. I am most impressed with the bread in this painting (which is maybe surprising - many seem to most appreciate the basket); he is able to capture the relatively complex texture of slices of a crisp loaf of bread with a spongy interior.

Soon after painting the 'Basket of Bread', Dali visited Paris and met with Picasso and Miro, a famous surrealist of the time. These men both greatly influenced Dali's work, especially early on. His marriage to Gala in 1929 introduced another key figure in Dali's life. The marriage strained ties with Dali's father, and it is thought that the disconnects with his family (deceased brother of same name, losing his mother, and being 'disinherited' by his father) greatly impacted his work. Dali's first surrealism works began as representations of his dreams (a focus on sleep and dreaming can be seen across many of his pieces) and grew into one of the most impressive surrealism portfolios to date.

'The Persistence of Memory' is regarded as Dali's most famous painting. I have actually seen it numerous times at the MOMA! This work prominently shows three molten clocks and an overturned stopwatch covered in ants (which also appear in numerous Dali pieces). The sleeping figure centered in the piece also presents a familiar Dali-style creature. The clocks demonstrate a theme of 'hardness and softness' Dali would often experiment with. They also may convey the distorted sense of time when sleeping and dreaming. The ants are said to be a symbol of decay for Dali.

Shown above is one of my favorite pieces by Dali, 'Sleep'. It depicts a large face precariously mounted on thin stilts, reflecting the notion that sleep is fragile and easily broken (i.e. waking up). I find this representation of sleep to be fascinating and though provoking. Moreover, I love the style of painting - the face is undoubtedly ugly and misshapen, the background is almost barren and lighting overemphasized around the figure, and the face itself tapers off into an unsettling stretch of flesh (which is also carefully mounted on a stilt).