He was “like a man who awoke too early in the darkness, while the others were all still asleep.” - Sigmund Freud

Leonardo da Vinci (1452-1519) was born in Anchiano, Tuscany, near the town of Vinci. Da Vinci’s parents weren’t married, and his mother, Caterina, a peasant, wed another man while da Vinci was very young and began a new family. Beginning around age 5, he lived on the estate in Vinci that belonged to the family of his father, Ser Peiro, an attorney and notary. Da Vinci’s uncle, who had a particular appreciation for nature that da Vinci grew to share, also helped raise him. Da Vinci received no formal education beyond basic reading, writing and math, but his father appreciated his artistic talent and apprenticed him at around age 15 to the noted sculptor and painter Andrea del Verrocchio, of Florence. For about a decade, da Vinci refined his painting and sculpting techniques and trained in mechanical arts. He remained with Verrocchio until he became an independent master in 1478.
Da Vinci’s was a famed painter, architect, inventor, and student of all things scientific. His genius crossed so many disciplines that he epitomized the term “Renaissance man.” Today he remains best known for his art, including two paintings that remain among the world’s most famous and admired: Mona Lisa and The Last Supper. 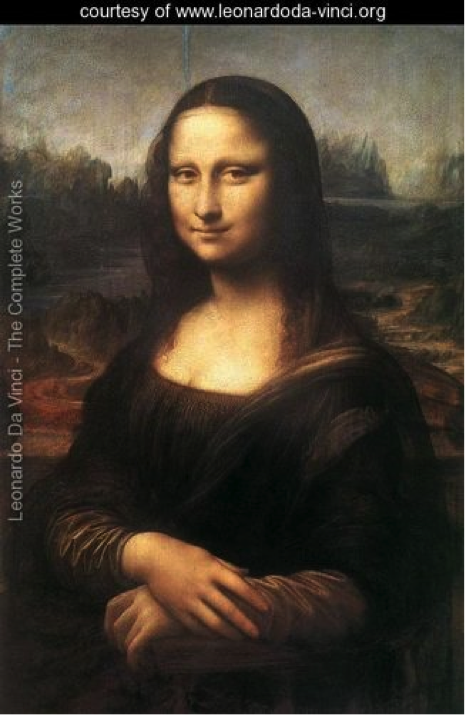 Art, da Vinci believed, was indisputably connected with science and nature. Largely self-educated, he filled dozens of notebooks with scientific and artistic inventions, observations and theories that ranged from aeronautics to anatomy. He studied nature, mechanics, anatomy, physics, architecture, weaponry and more, often creating accurate, workable designs for machines like the bicycle, helicopter, submarine and military tank that would not come to fruition for centuries. Several themes could be said to unite da Vinci’s eclectic interests. Most notably, he believed that sight was mankind’s most important sense and that “saper vedere” (knowing how to see) was crucial to living all aspects of life fully. He saw science and art as complementary rather than distinct disciplines, and thought that ideas formulated in one realm could-and should-inform the other. 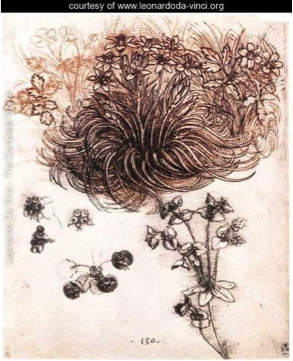 Star of Bethlehem and other plants
Probably because of his abundance of diverse interests, da Vinci failed to complete a significant number of his paintings and projects. He spent a great deal of time immersing himself in nature, testing scientific laws, dissecting bodies (human and animal) and thinking and writing about his observations. At some point in the early 1490s, da Vinci began filling notebooks with illustrations and commentary related to four broad themes- painting, architecture, mechanics and human anatomy.
Da Vinci made a scientific study of light and shadow in nature. He realized that objects were not comprised of outlines, but were actually three-dimensional bodies defined by light and shadow. Known as chiaroscuro, this technique gave his paintings the soft, lifelike quality that made older paintings look cartoony and flat. He also saw that an object's detail and color changed as it receded in the distance. Da Vinci used this technique, called sfumato, as a powerful tool for creating atmosphere and depth. 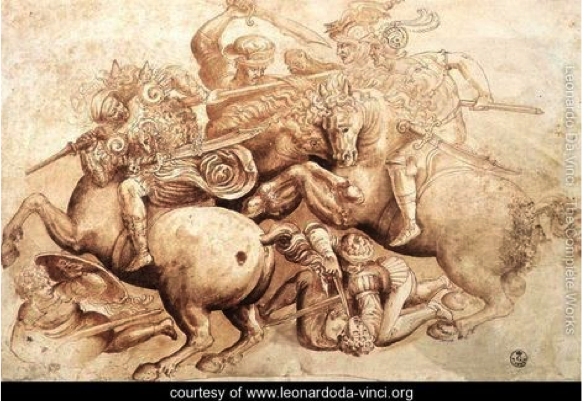 Ever the perfectionist, Leonardo turned to science in the quest to improve his artwork. His study of nature and anatomy emerged in his stunningly realistic paintings, and his dissections of the human body paved the way for remarkably accurate figures. He was the first artist to study the physical proportions of men, women and children and to use these studies to determine the "ideal" human figure. 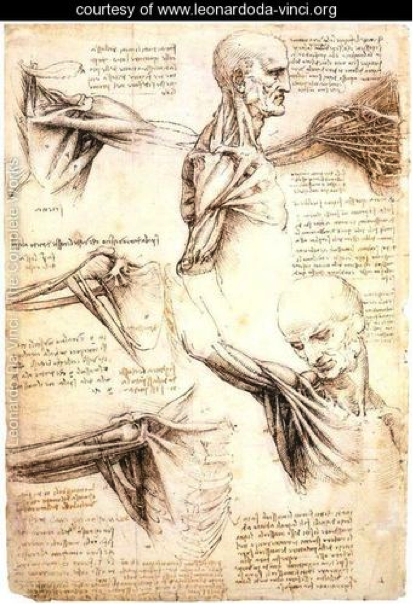 Anatomical Studies of the Shoulder

The reason I find da Vinci so fascinating as an artist is due to his merging of science, art, and nature, which I too consider to be, all related. All in all, Leonardo believed that the artist must know not just the rules of perspective, but all the laws of nature.
Works Cited

Capra, Fritjof. The Science of Leonardo: Inside the Mind of the Great Genius of the Renaissance.       New York: Doubleday, 2007. Print.

Zwijnenberg, Robert, and Leonardo. The Writings and Drawings of Leonardo Da Vinci:    Order and Chaos in Early Modern Thought. New York: Cambridge UP, 1999.     Print.
Posted by Unknown at 2:08 AM