Marcel Duchamp was a prominent French painter and sculptor, born in 1887 in Normandy, France.  His varied work has had an immense impact on twentieth and twenty-first century art.  His art is associated with Cubist, Dadadist, and Surrealist movements.  After years of experimenting with several different types of artistic media and making a name for himself as a prominent artist, Duchamp gave up his artistry career in favor of a career in chess.  25 years later, he surprised the world with one last art piece in 1966, and died two years later. 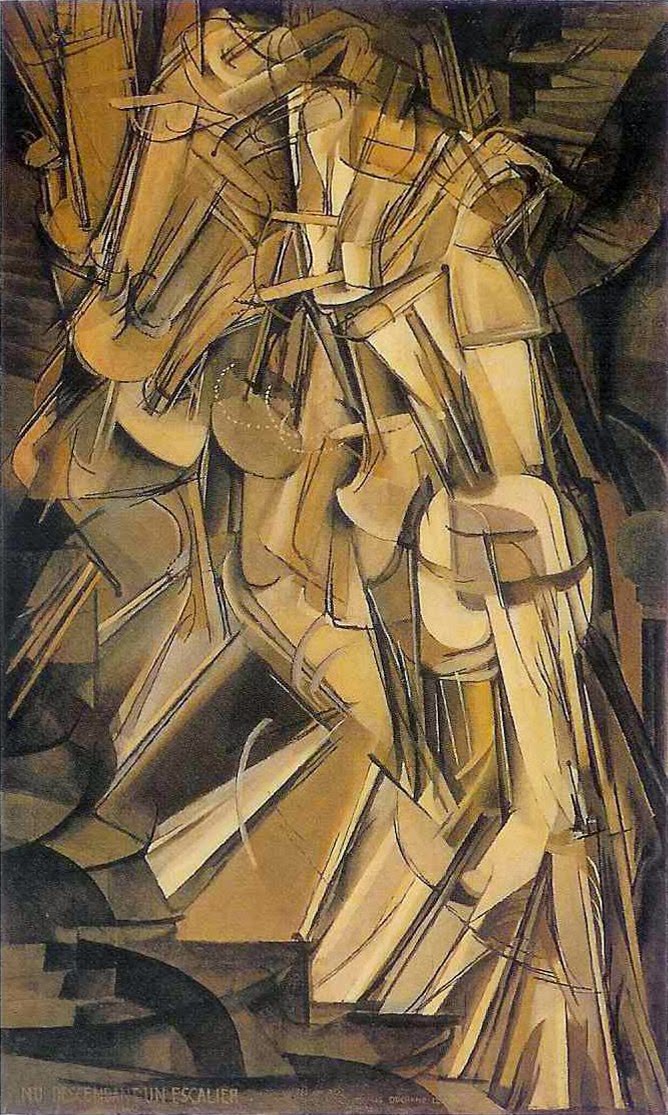 This painting, called Nude Descending a Staircase, No.2, was of Duchamp's earlier works (1912).  This painting is in cubist and futurist fashion, a relatively new movement at the time.  This painting caused some controversy, both in it's exposé in France and in New York. 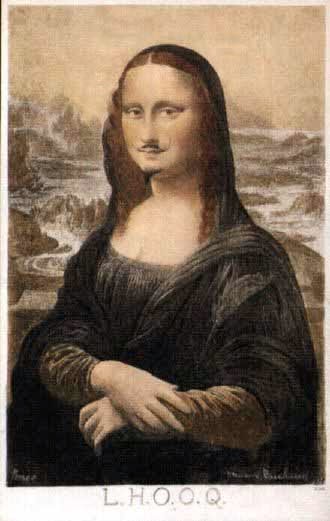 This piece was created in 1919, after Duchamp had rejected "retinal" art (art made for the eye).  This piece, which is simply a Mona Lisa Postcard with facial hair drawn on, is an example of one of Duchamp's "Readymades," an object found by Duchamp that he presented as art.  Readymades question the very notion of art.  "I don't care about the word 'art'... I want to get rid of it. There's sort of an unnecessary adoration of art today."  This piece is titled L.H.O.O.Q, which is a sort of French pun.  When these letters are said out loud, it forms words that roughly translate to "she's hot in the ass." It is Duchamp's series of Readymades, including a urinal and a bicycle wheel, that made me enjoy him as an artist. 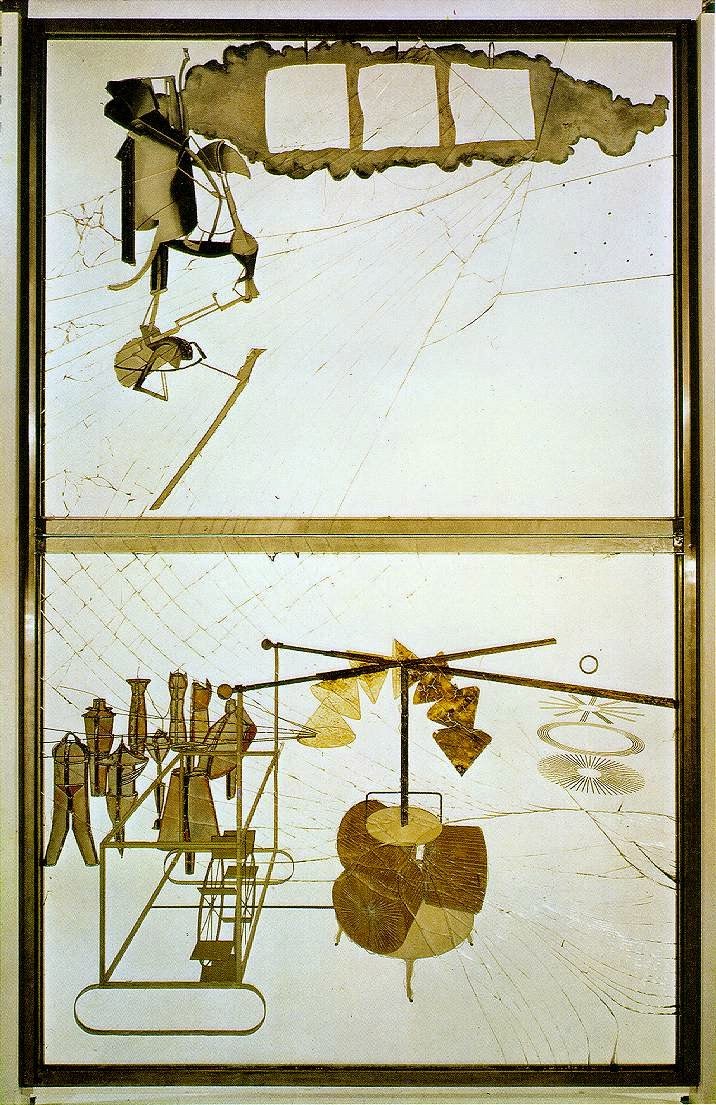 This piece is titled The Bride Stripped Bare by Her Bachelors, Even (The Large Glass).  The canvass is two large panes of glass, so the work is translucent.  Duchamp published a written work, The Green Box, to complement the visual piece.  Duchamp began working on this in 1915, and declared it unfinished in 1923.  The glass was cracked during shipment early on, and Duchamp accepted the crack as a part of the piece.  For many years, this was thought to be his last work of art.