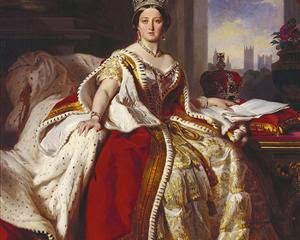 HM Victoria Queen of England (1819-1901) was an art enthusiast and patron throughout her reign. Her appreciation for the arts came early in the princess’ childhood when she began taking lessons from famous artists including Richard Westall, an English painter and portraitist, starting around the age of eight until his death in 1836. It has become known within history that Queen Victoria sponsored, inspired and, to many art historians--embodied a lot of the growth within the English Society during what is coined the Victorian Era (1837-1901). The evolution of Victorian style spans Queen Victoria's reign and is marked by an artistic return to classic realism, an emphasis on high society’s social and fashion scene, and an outburst of emotion and color within the English Arts.

It is much less known that in addition to funding and influencing art projects, Queen Victoria also took to creating her own works of art during her personal life within the kingdom. Many of her works showcased by the Royal Collection today utilized pencil and ink sketches as well as watercolor paintings. Pictured below is a self-portrait created by Princess Victoria at the young age of 16, which is quite an impressive display of her budding talent given her experience level and the time period in which this was created in. 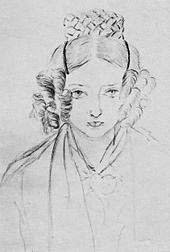 I selected Queen Victoria as my artist of interest because I was completely surprised when I came across her work during my research in Lily library. She seems to be an unconventional choice when discussing interesting artists but as I thumbed through her sketches and drawings, I began to understand that the beauty of the craft lay in the belief that anyone could be an artist as long as they pursue the skill with genuine interest and passion. With her work available in the Royal Collection, I was able to see the progression of young “Princess” Victoria as an artist, spanning from her early attempts at recreating her mentor Richard Westfall’s drawings to her practice sheets and observational drawings in both youth and adulthood. 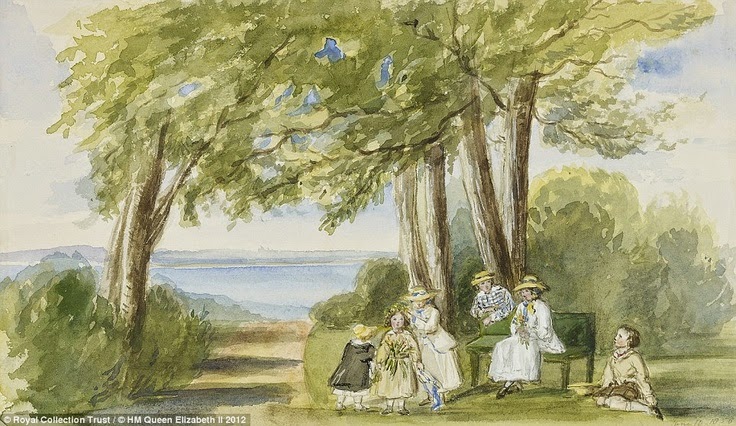 In addition to depicting high class society and portraits, paintings of the Countryside of England and scenic nature drawings became increasingly common during the Victorian Era. Queen Victoria enjoyed depicting coastal scenery, such as her private beach seen above, as well as portraits of her family members and the servants around them. The of vibrant colors utilized in Queen Victoria's above work captures the spirit of classic realism while simultaneously portraying a personal story and in-depth look at the contemporary Royal family. Her sketches of her young children at play are interesting to me because of her use of mainly lines and shading to create a simplistic but somehow extremely detailed image of the people and things around her. In the drawings below, her line work can be seen clearly and her ability to create the false appearance of curves and depth within her drawings can be appreciated. 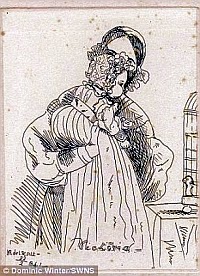 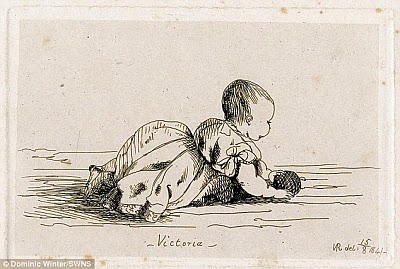 Queen Victoria's quick sketches, drawings, and paintings provide the viewer with a close look into her personal life and her family affairs. During this time period, girls were not allowed to do much but drawing and painting were socially acceptable hobbies for women. Despite the initial reasons for her pursuit of the skill, Victoria the artist, allows us to see moments and encounters of the monarchy through her personal notebooks that would be otherwise barred from public knowledge. In true Victorian fashion, her drawings reveal an emotional pattern within their framework similar to that associated with the Victorian Style. The Royal Collection estimates Queen Victoria's private portfolio of art to include 63 drawings and paintings that remain from her youth till the end of her reign.

I enjoyed the Royal Collection's display of many of Queen Victoria's creations mainly because these sketches and paintings humanize such a large figure in history. I find it intriguing that as a result, the unwillingness the Royal Family showed to make these drawings public until way after the Queen's death increases the strength and depth of the stories her works tell.

-       “The Art of Queen Victoria” < http://www.artfilleddays.com/archives/the-art-of-queen-victoria.html>