A Portrait of Wenceslaus Hollar - By Claire Alexandre

A Portrait of Wenceslaus Hollar
By Claire Alexandre

Hollar was born in 1607 in the very dynamic and artistically booming city of Prague. From an early age, Hollar visited printer stalls and artist’s studios and was even known to design maps in school. His father highly disapproved of his son's choices and encouraged Hollar to go into Law but after the war that was raging in Bohemia ended, Hollar emigrated to Europe and followed the path he believed was destined for him. It’s in 1631 that he commences his life as an engraver in Frankfurt.
His engravings remained very objective, he illustrated a wide variety of things but never interpreted them. Hollar’s interests ranged from costumes, animals, plants, buildings, ships and landscapes of his time, all of which he recorded with extreme precision and diligence. His very unique perfectionist style was not universally appealing and often criticized for its overabundant lines. 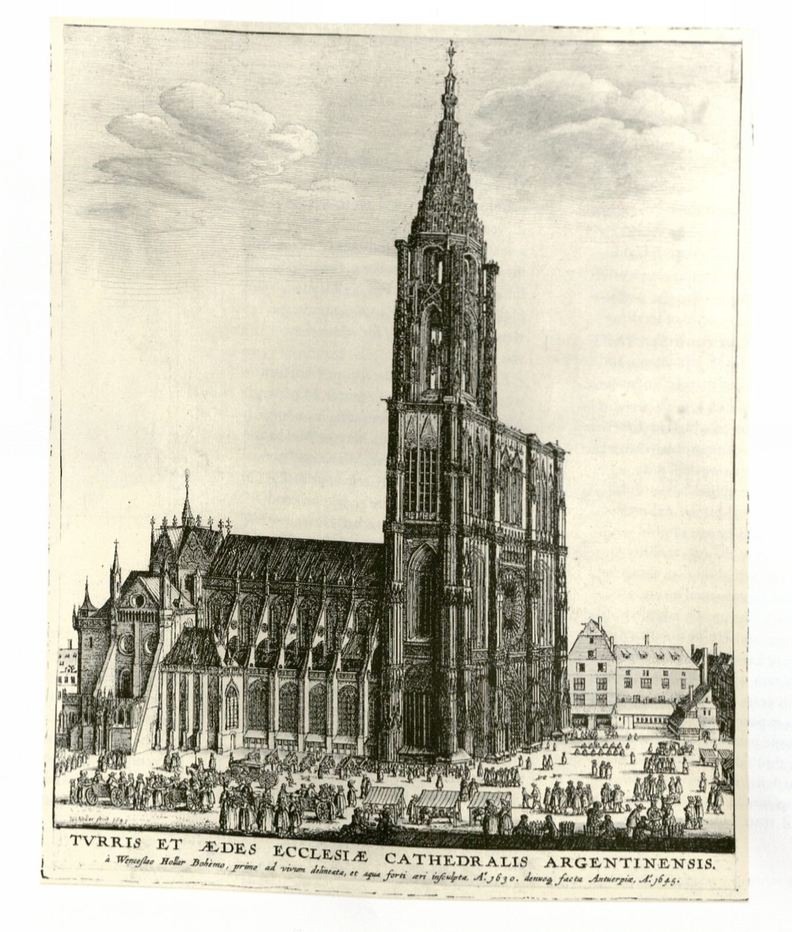 An engraving of the Strasbourg Cathedral in contextual space in 1630.
A good example of how Hollar understood and applied the concept
of perspective and shading already at a very young age.

At not even 30 in 1636, he was selected by the Earl of Arundel to be his artist in residence in England. For the next decade Hollar remained in the Earl's household which gave him many privileges such as being prince Charles drawing master in the 1640’s.

His first major work in London was entitled The Long View of Greenwich published in 1637. In this engraving  we see how smooth and gradual the transition from foreground and background are which suggests Hollar had  a great knowledge of depth of field. 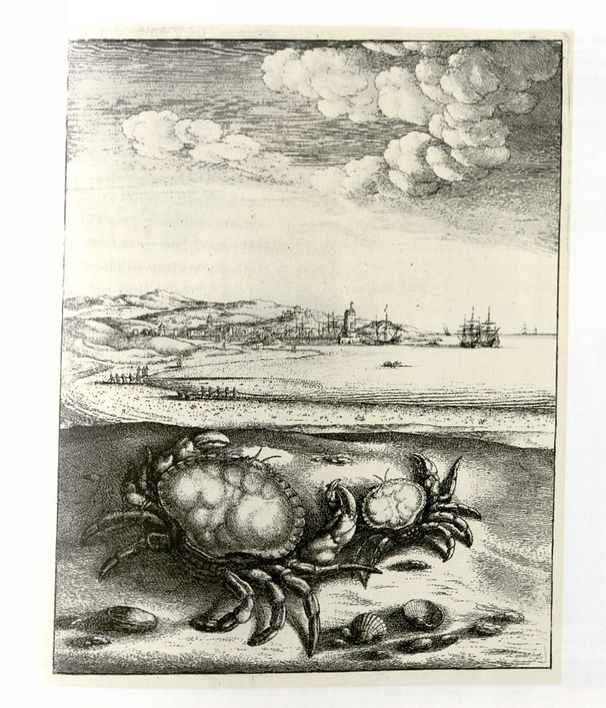 The Crab and Its Mother, 1668, is another good example of how Hollar's
engravings are very structured in terms of foreground middle ground and
background.

It is said that Hollar's detailed engravings of nature brought to England a new approach to landscapes, “He influenced the tradition that previously favored painted portraits and miniatures and considered landscape primarily as a background’.’ Dogged R, L Biggs J, Brobeck. C. Impressions of Wenceslaus Hollar, 1996.

Many of his landscapes maps and architectural engravings of London are very helpful for Art Historians today in order to understand what the city looked like before the destructive Great Fire of London in 1666.
St. Pauls cathedral was one of the most important and impressive cathedrals at the time in London. Hollar’s illustrations was made up of a series of fourteen highly detailed engraved views of the inside and outside of the Cathedral, and close-up images of the most important monuments and tombs. (Artdaily.com, Detailed Drawing of London's Old St Paul's Cathedral to Be Sold at  Sotheby’s). 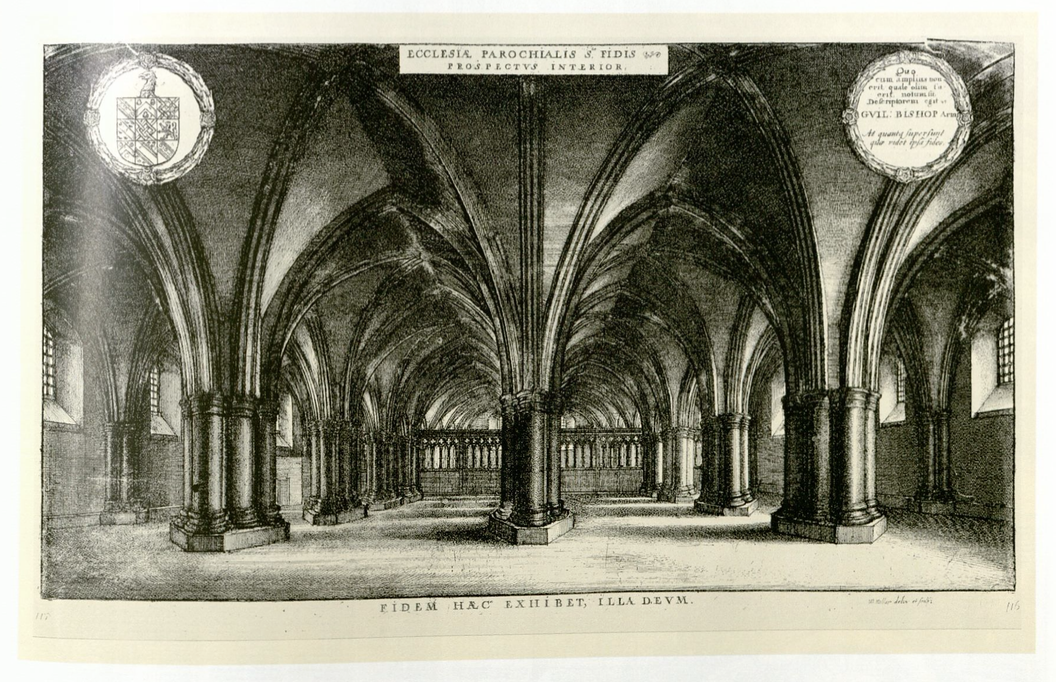 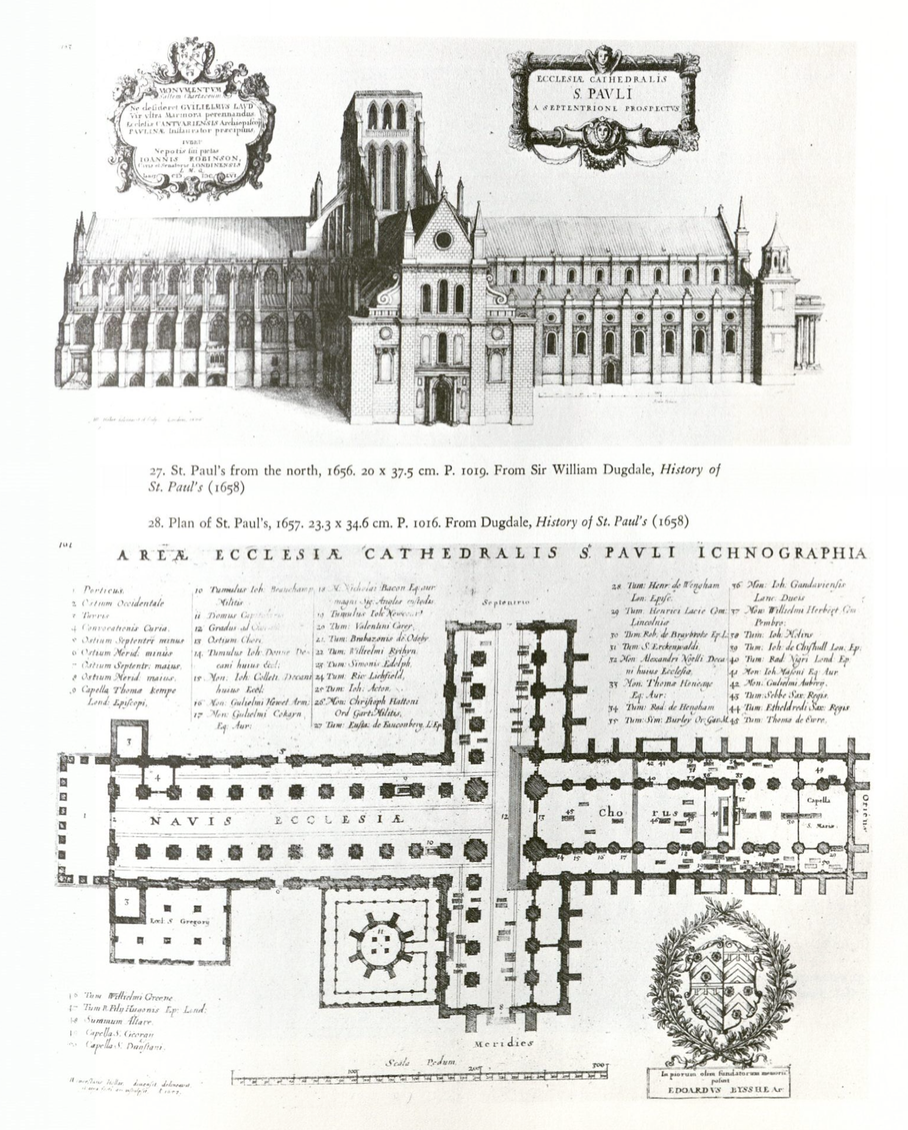 
Hollar also used to do engravings of the people of the 17th century thus reflecting the society and its various classes which is very valuable knowledge for social historians today. 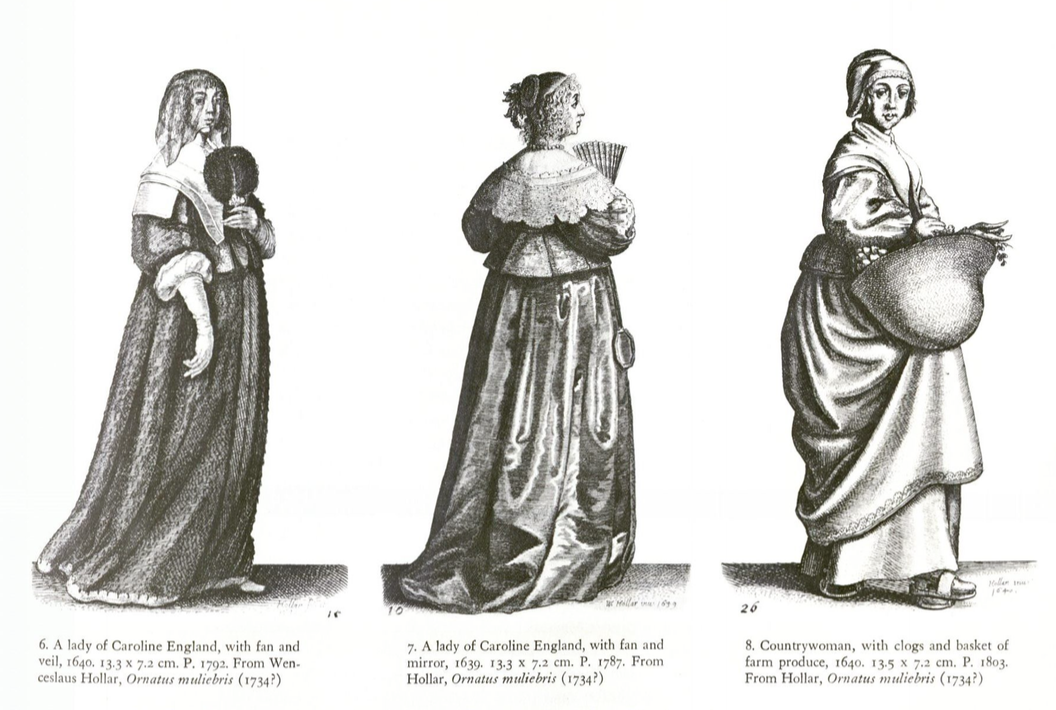 In these particular engravings dated between 1638 and 1640, Hollar portrays the lady of the Caroline England (left with fan and veil, middle with fan and mirror) and a countrywoman with clogs and a basket. Here Hollar’s meticulous nature is particularly visible. The lack of background on these engravings demonstrates Hollar wanted the viewer to focus on the figures and the texture of their costumes .

In terms of technique, the engraving that Hollar used is considered a part of intaglio printmaking. 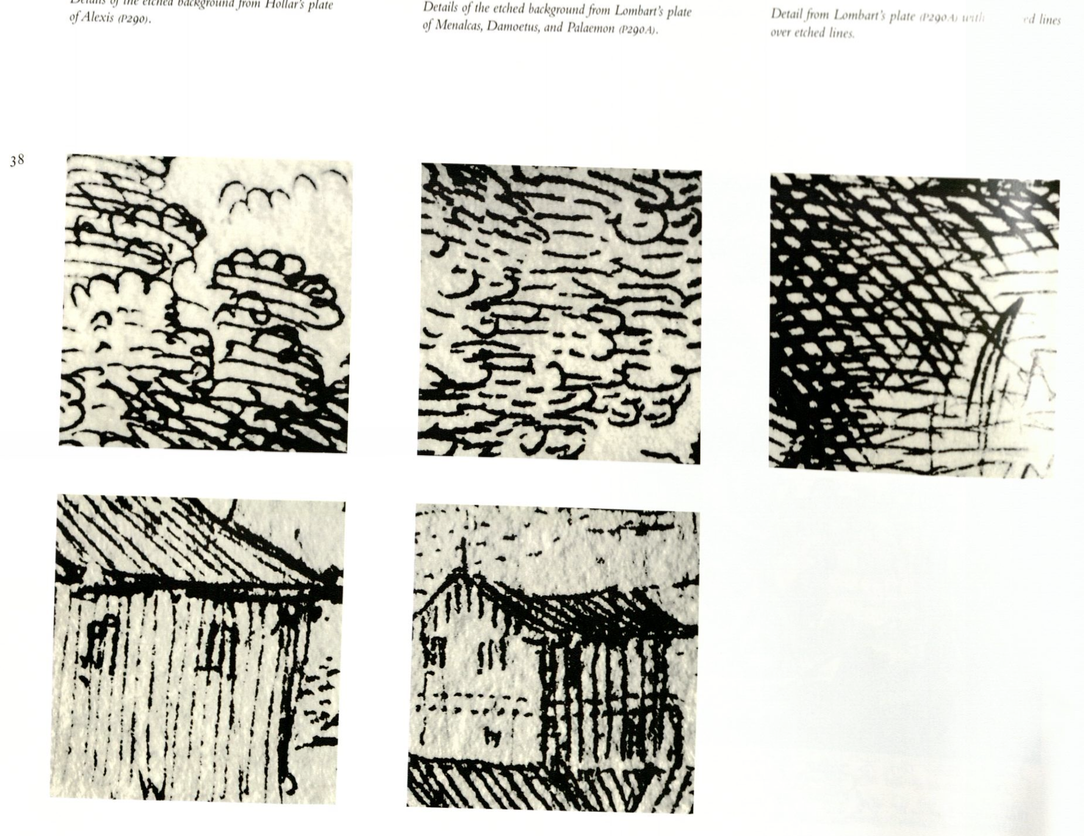 “It consists of using metal plates such as copper that is incised wither with tools or with a combination of tools and acid. Because the image is formed from inked channels that lie below the surface of the metal plate, intaglio printmaking requires great pressure and force’’. Dogged R, L Biggs J, Brobeck C. Impressions of Wenceslaus Hollar, 1996

I chose this artist because his work is extremely refined and precise, which is very intriguing to me because my work is the complete opposite. His ability to reproduce the world of the 17th century around him wether it be portraits, animals or buildings in a fantastically accurate way is why this artist is so impressive. Because of his skills many historians are able to visualize what life in London was like during that time period.