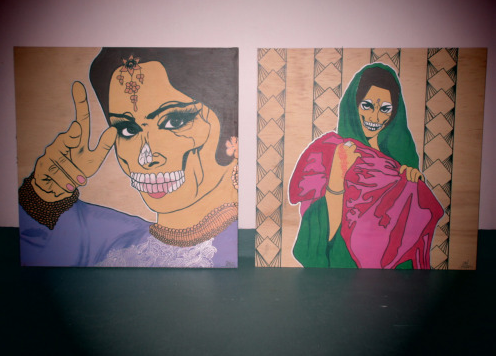 Nisha Semba is the first known South Asian American female graffiti artist,  a modern contemporary artist whose works explore the juxtaposition of  heritage/culture and modernity. She uses her work with youth in India as a platform to address and impact social change, self reflection, and decolonization. 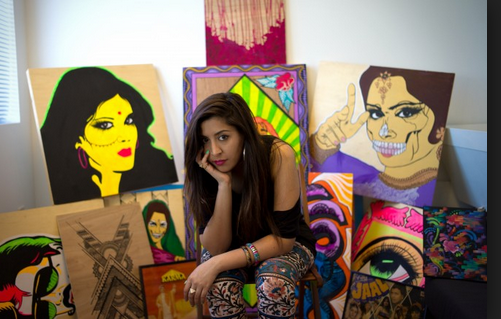 Semba was raised in Berkley, California and attended San Fransisco State University’s Design and Industrial Arts program, gaduating very recently in 2011. Semba is the founder of the Kalakari (“Artistry”) movement, and has earned a name for herself as the first ever Indian graffiti writer to paint her name at the centerpoint of graffiti-  5Pointz in New York City. She currently works as a  freelance graphic designer and has been doing mendhi (henna) design for over ten years. Her work has been shown in venues in California, at the deYoung Fine Arts Museum and The Living Room Cafe (Delhi). Her website advertises “her most recent mixed-media solo exhibit called Word to Your Motherland (2012) that took place in Oakland, California and again in Sacramento California (2013); which has evolved into a dynamic new international exhibition series with educational workshop components that is the first of its kind.” The purpose of the project is to inspire new ways of engaging with the homeland and place of cultural origin within their medium and aesthetic. 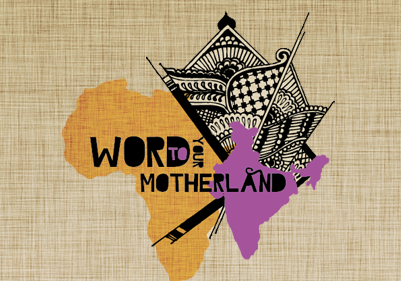 Semba uses a variety of different mediums; amongst these, she focuses on digital, fine art, and graffiti/street art. She frequently collaborates with other artists in exhibitions with similar themes, and has historically preferred to work with audio-artists (spoken verb artists, rappers, and singers) in holistic exhibitions. Much of her artwork finds themes in hip-hop and female roles. It is particularly interesting to view images of femininity juxtaposed with the harshness of pop-style art and graffiti medium. Additionally, a common trend in her pieces is the use of design henna and mendhi, which seems to be indicative of a reclamation of heritage. 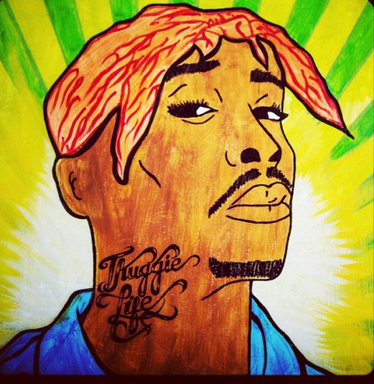 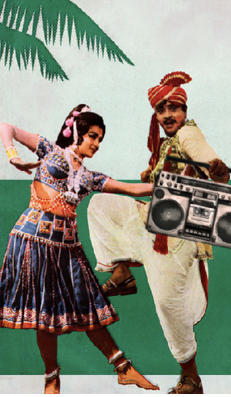 The flavors of her art resonate with South-Asian American youth; her work is particularly applauded and featured in groups like The Kajal Collective and The Dead Shayar Society- informal international groups that connect young artists. Although Semba is a unorthodox choice of artist to be studied, I believe that she reflects a larger movement of Indian-American and British-Indian artists who explore intersections between societal norms, cultures, and youth.  This movement has a similar flavor to “The Namesake” movement, which addresses South Asian immigrants- one generation before our own. The collection of works, manifested through primarily film and literature, express a yearning to return to the motherland. Meanwhile, the movement that follows it, including Semba’s work, calls for confusion of home and a call to a culture that was never their own. It also holds expresses a degree of  chaos and rebellion. 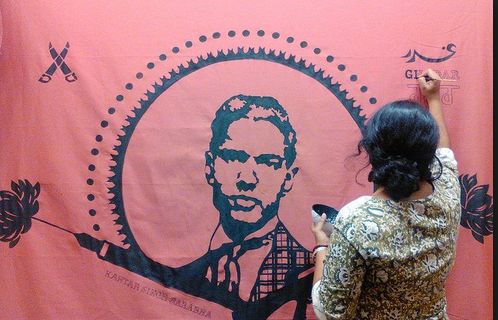 There are many movements much like this one that are occurring all across the globe as a result of internationalization and capitalism. These youth-based movements represent a phase and form of modern and digital art that is raw, expressionist, and will be important to historians and future generations. While these art pieces may not always been printed and shown in galleries, the sale design t-shirts and the online print sales show a new kind of arena for the artists world in which the art literally permeates through to the real world, and no longer can remain restricted to the confines of a four-walled gallery. Personally, it serves as a wonderful inspiration for my own work and an interesting cross-section of the areas of art that have typically been very . Given the cultural contexts of these pieces, there is a strong sense of shock that is often associated with "Modern Art". In many ways, however, Modern Art- whatever may seem to fall under its title- has lost the ability to shock, or can only do so mutedly. Overlooked modern art in south asian cultures, however, has not yet fallen pray to this predicament and continues to shock, interest, and revolutionize.