Raffaelo Sanzio commonly referred to as Raphael, was born in Urbino Italy in April 6th 1483. He was a painter and an architect of the Renaissance period. Raphael, Michel Angelo and Leonardo de Vinci are considered the great three artists of their time. Born to an artist father Giovanni Santi, Raphael showed great potential from a young age. Giovanni Santi exposed Raphael to some basic painting techniques. Unfortunatly, Giovanni Santi passed away when Raphael was only 11 years old. This however, did not stop Raphael from continuing his work and was in fact an important time for Raphahel as to evolve as artist. At the tender age of 11, Raphael had to take the responsibility of managing his father’s workshop. 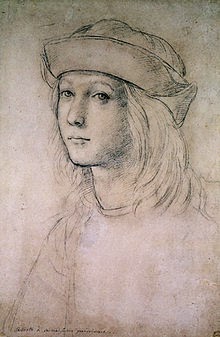 Raphael's self portrait at the age of of 14

Leonardo de Vinci influence can be seen in Raphael's art called “la belle jardin”. The techniques that Raphael learnt from Leonard include pyramid composition and sfumato modeling. Pyramidal composition was used in the "la belle jardin"
Raphael moved to Florence in 1504 where he worked with many art centres, this was the time he started employing other artists styles in his work also. during this time he did a lot of Madonna’s art. Michelangelo's influence  his work Ezekiel’s vision which he used the same elements commonly used in Michaelangelo’s arts.  Michelangelo must havo not been pleased with this, and he became his biggest rival throughout Raphael’s lifetime.

Raphael’s skills were further developed under the hands of a master artist named
Pietro Vannunci  commonly referred to as Perguno. Under Perugino's supervision for 4 years, Raphael learnt new techniques and evolved dramatically. Perugino's influence can be seen on Raphael's work. Raphael absorbed Perugino's style . Perguno was not the only artist to influence Raphael's work. He was also influenced by artists like Leonardo de Vinci and Michelangelo. Raphael did not blindly absorb other artists styles. He observed and later came up with his own personal expressive style. all his art work even the ones influenced by other artists like Leornardo de Vinci are said to be not exact replicas but are said to be "Raphaelesque". His style is expressive and very dramatique. 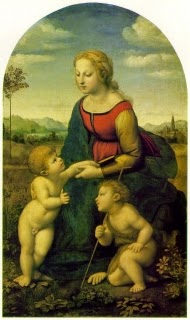 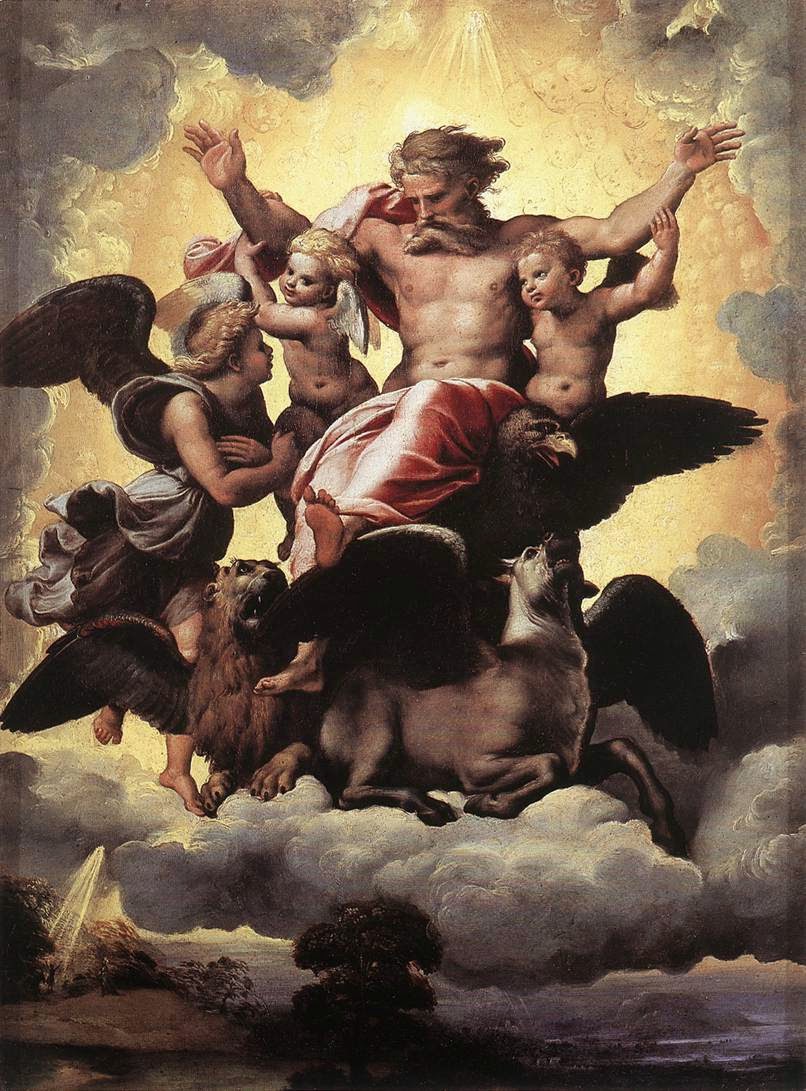 Raphael used silverpoint (he was one of the last artists to use this), ink, black chalk and red chalk while making his sketches. He employed a technique of drawing six or four preparatory drawings, which narrated his drawing in different perspectives and then he would combine all the preparatory drawings into the final drawing that he had in mind. Raphael’s drawings were said to be precise with carefully attention to details. There are claims that his drawings were even more attractive than the finished painting’s. Raphael was also the first artist to use female models during an era where male models were popular instead.

preparatory sketches of madonna and child

My interest on Raphael artwork was attributed to his attention to details in his work, the art he produced and its emotional resonance with me. From a young age I have always been intrigued by madonna’s and the depiction of cherubs and pittas, although most artists especially in his time potrayed Madonnas and cherubs in their work, I feel like there is an element of sensitivity that I can bodly connect with Raphael’s work. I also feel like he's careful attention to details is what makes his work look more alive and realistic.

Born on good friday, a marvelous piece by Raphael