Egon Schiele (born June, 12 1890) was an Austrian painter and one of the leading figures of Austrian Expressionism. However, Schiele had a short-lived career and died at age 28. Schiele grew up in the small town of Tulln, about 18 miles from Vienna. As a child, Schiele’s interest in art prevented him from achieving academic success. Schiele married Edith Harms, and three days after his wedding, he was ordered to report for the service army. While In the army, Schiele was treated well by officers who respected his artistic talent, and he was able to continue painting and sketching. Schiele’s works were heavily influenced by the artist Gustav Klimt. Schiele is famous for his nude portraits and his portrayal of the human form. While Schiele only had a brief career, his works are recognized as being remarkable in their explorations of sexuality and emotional directness. In face, Schiele created around 3000 drawings over the course of his lifetime. He focused on portraits of others as well as himself. His works are known to defy the norms of beauty and embrace figural distortion. However, Schiele’s nudes were created more realistically in his later years.

I am attracted to the work of Egon Schiele because his art typically focuses on the human form. Schiele’s works are also known for their intensity, sexuality, and twisted body shapes. 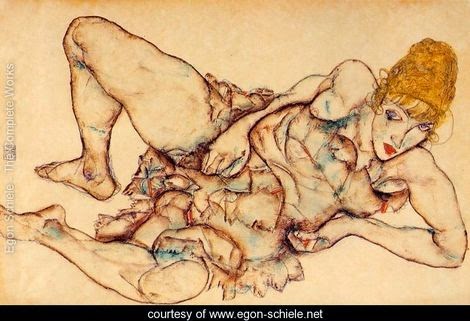 This drawing highlights Schiele's interest in nude works and the female form. Some have called Schile's works pornographic. 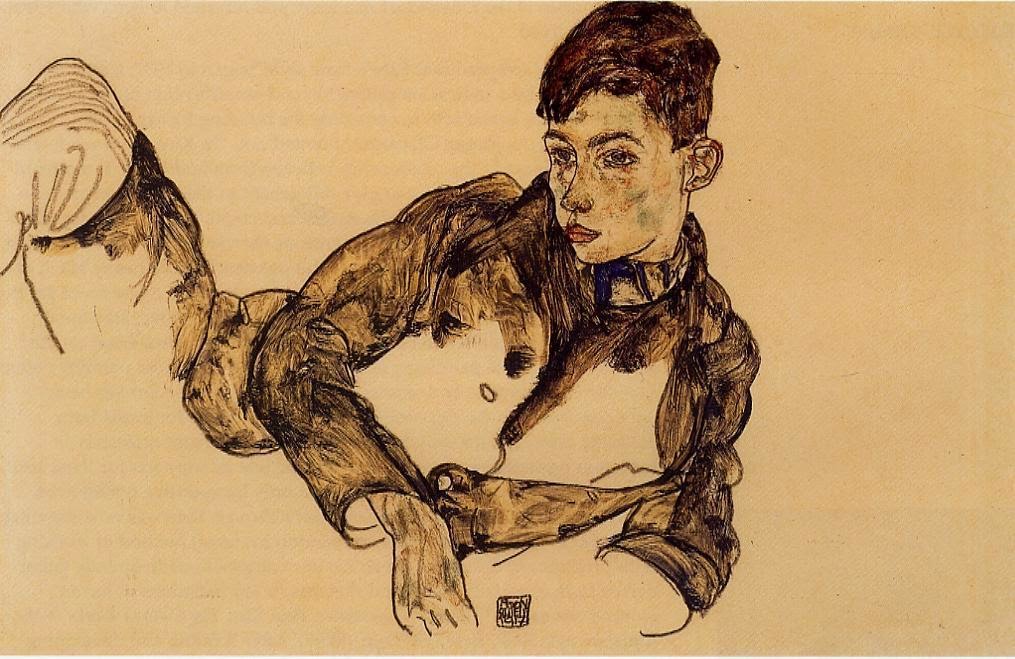 "Reclining Boy Leaning on his Elbow"

Schiele enjoyed to sketch younger children. While growing up and throughout his entire career, Schile also created portraits of his younger sister, Gertrude. 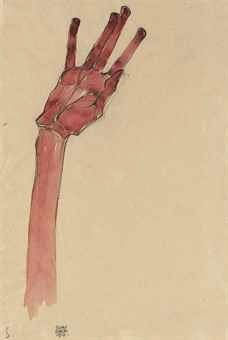 As shown by the somewhat distorted and unhealthy appearance of the hand in this drawing, Schiele had a penchant for giving the human form dark undertones and an eerie feel.