Thomas Hart Benton (1889-1975) was born in Neosho, Missouri into a family of influential politicians. His father was not supportive of his interest in art and sent him off to a military academy. However, his mother was supportive and helped him start his career up until he got married at age 33. Benton first went to the Art Institute of Chicago in 1907, and in 1909 decided to continue his arts education at the Académie Julian in Paris.

Benton is known for his very large, vivid, attention-grabbing murals. In fact, his paintings sparked much controversy not just within the arts community, but in political and social spheres as well. He was part of the "regionalist" arts movement which lasted from the 1920's through the 1950's, mostly depicting every day life in a naturalist style of people in the midwest, oftentimes in the midst of labor.

Interestingly enough, I saw Benton's drawings and sketches before seeing any of his paintings/murals which he was actually known for. It is interesting to see his distinct style used with both a pencil and a paintbrush. As the Benton's drawings says, "most of the drawings in this book were made of ruse in and have become parts of a painting or a mural. They were selected by their maker [Benton] to sum up pictorially his sixty-year-long striving toward the perfect expression of his aesthetic theories." 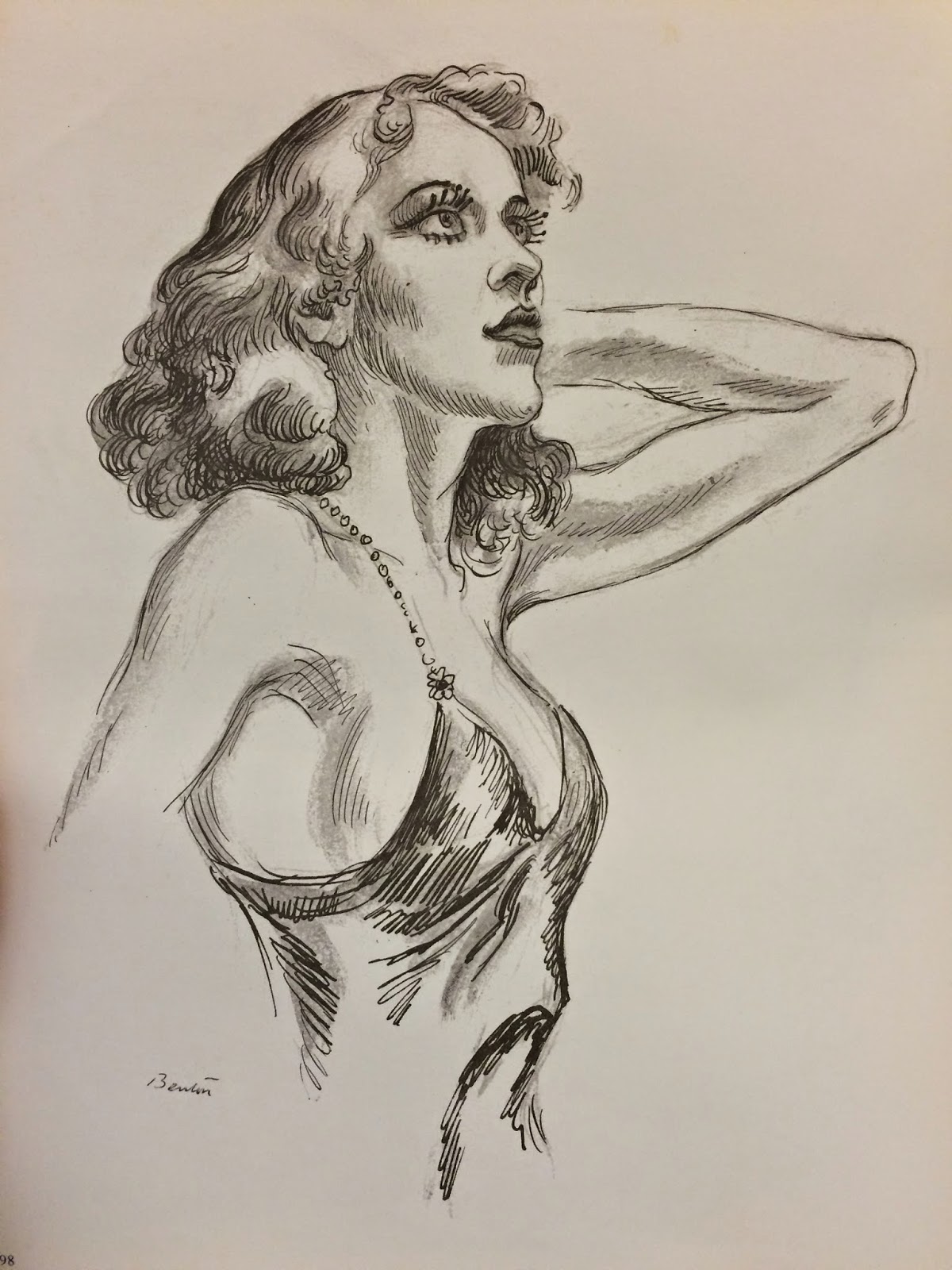 In Benton's book of drawings he had landscapes, animals, towns, people at work, some leaf studies, and portraits. The portraits are by far my favorite, not just of the drawings but of his paintings, too. They are so realistic, yet they still look like drawings. When you look at the image closely, the cross-hatched, sketchy, even at times "messy"shading he uses are so effective. Every mark is bold and serves a purpose. Every line is organic and expressive. In his paintings, the figures he depicts still have the same look, but what I miss the most is the shading. I love the mark of a pencil. Paint has color, but they have completely different effects. 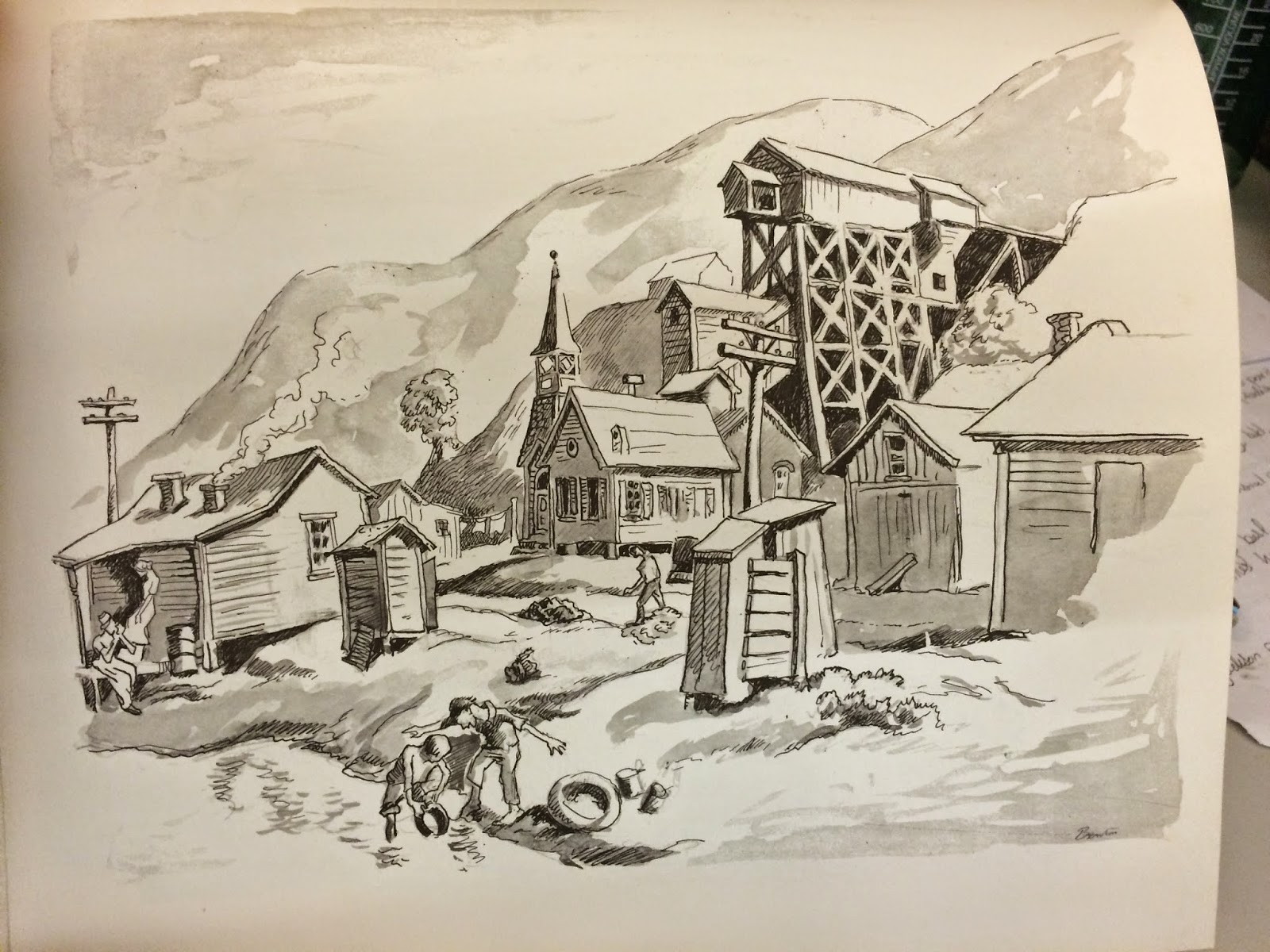 In these two landscape drawings you can better see his "regionalist" style as well as his personal style. I almost see it as cartoonish, but that harbors sophistication. The lines are expressive, curvy, sketchy… but again, like the portraits, very realistic. "Mining Village" and "The Bull" represent very well the collection of Benton's drawings of the Midwest, stylistically and with content. 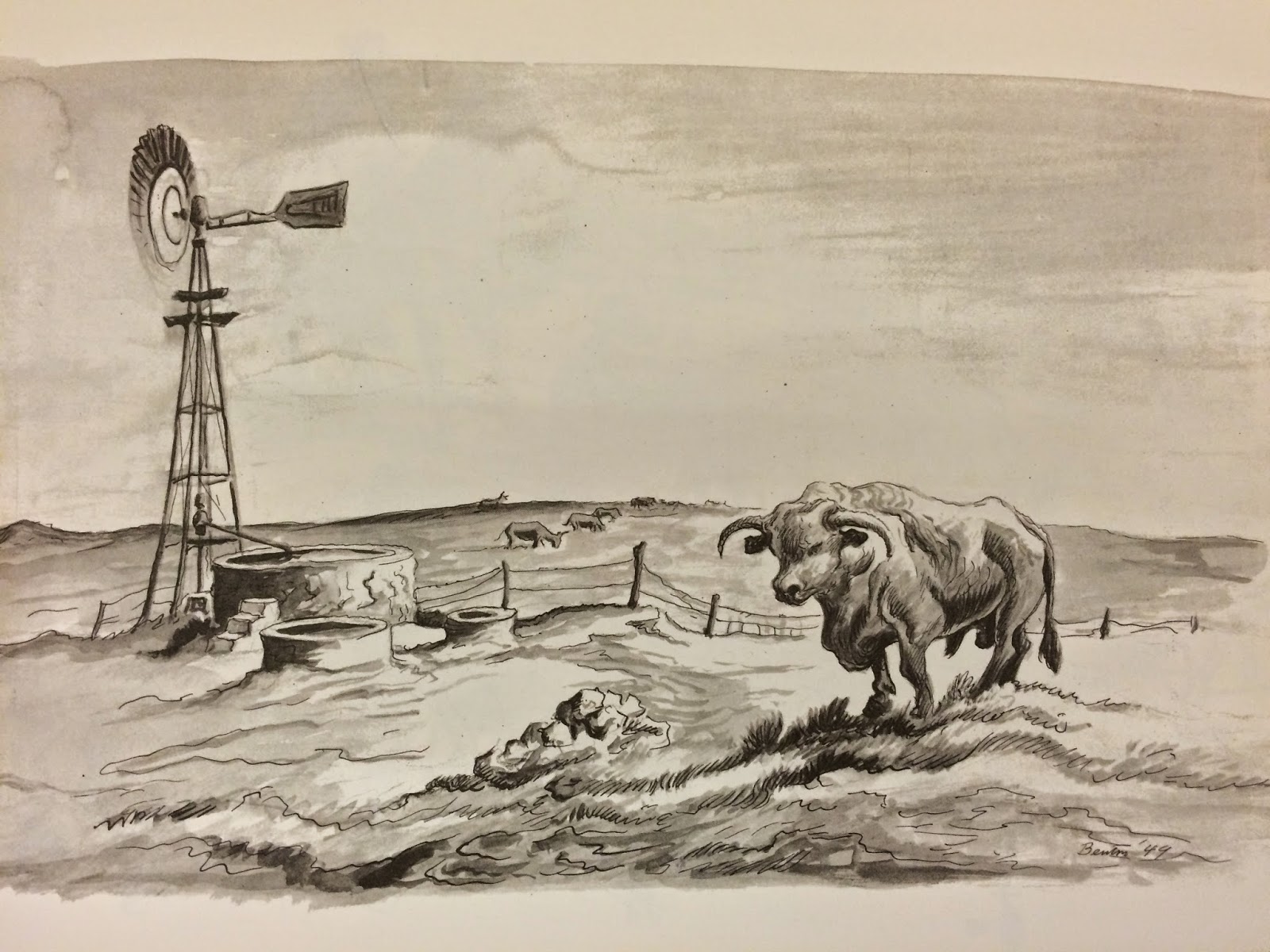 Below is "Achelous and Hercules," a mural Benton painted in 1947 strangely enough for a Kansas City department store, whose home now is the Smithsonian American Art Museum. It boasts dimensions of 62.875 x 264.175 inches, which is about 5.5 x 22 feet. You can see the same expressive lines and distinct style he uses in his drawings as in this mural, the paint making the images even more vivid and three dimensional. I almost think it subtly has elements of surrealism, but that might just be me.

In his later career Benton decided to teach art, and something I found very interesting about Benton is that one of his most famous students is Jackson Pollock, whose work is, if you will, almost completely opposite than that of his teacher's. He may have been very opinionated, as a proponent of "leftist" politics for example, and controversial, but this just goes to show that as a teacher and an artist he was very open minded. In fact, in Benton's drawings he says, "I now know there is no such thing as failure in the pursuit of art. Merely to survive in that pursuit is a success. Pictures may fail to please, movements may fail to survive, but the artist has his rewards anyhow. He may lose his public and his market and still get full compensation for his efforts."