Subject: Motoi Yamamoto
Returning to the Sea
Motoi Yamamato  is a world renowned artist who class Japan his native home. He was born in Onomichi, Hiroshima, JAPAN in 1966 and received his BA from Kanazawa College of Art in 1995. Yamamoto has exhibited his award-winning creations around the globe in such cities as Athens, Cologne, Jerusalem, Mexico City, Seoul, Tokyo, and Toulouse. He was awarded the Philip Morris Art Award in 2002 as well as the Pollock-Krasner Foundation Grant in 2003. (1)
A contemporary artist, he’s known for his inclusion of salt in the works he produces. Interviews with Yamamoto help to understand the ideas behind his art. He began creating art with salt while mourning the death of his sister. This is was in effort to keep memories of her alive. (2)


Author Mark Kurlansky of the Halsey Institute of Contemporary Art states that Yamamoto views his own installations as exercises that are at once futile yet necessary to his healing. My reason for choosing this artist has to do with the installation aspect of Yamamoto’s work and the dismantling of it at the end where he delivers the salt back to the water, usually in collaboration with the public. (1)


(1) From sketching to the real deal: 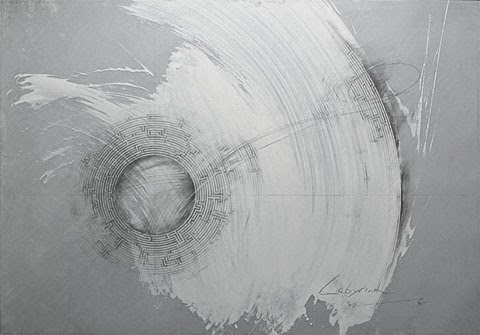 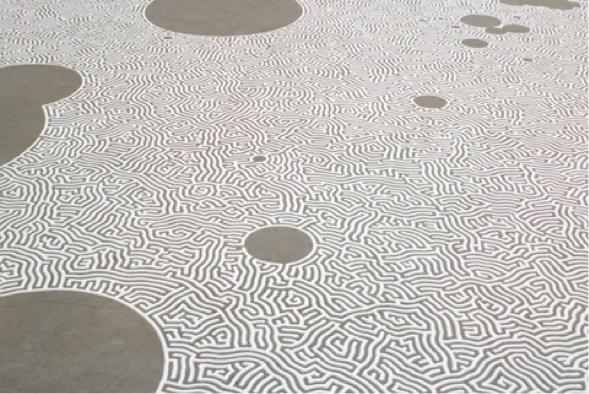 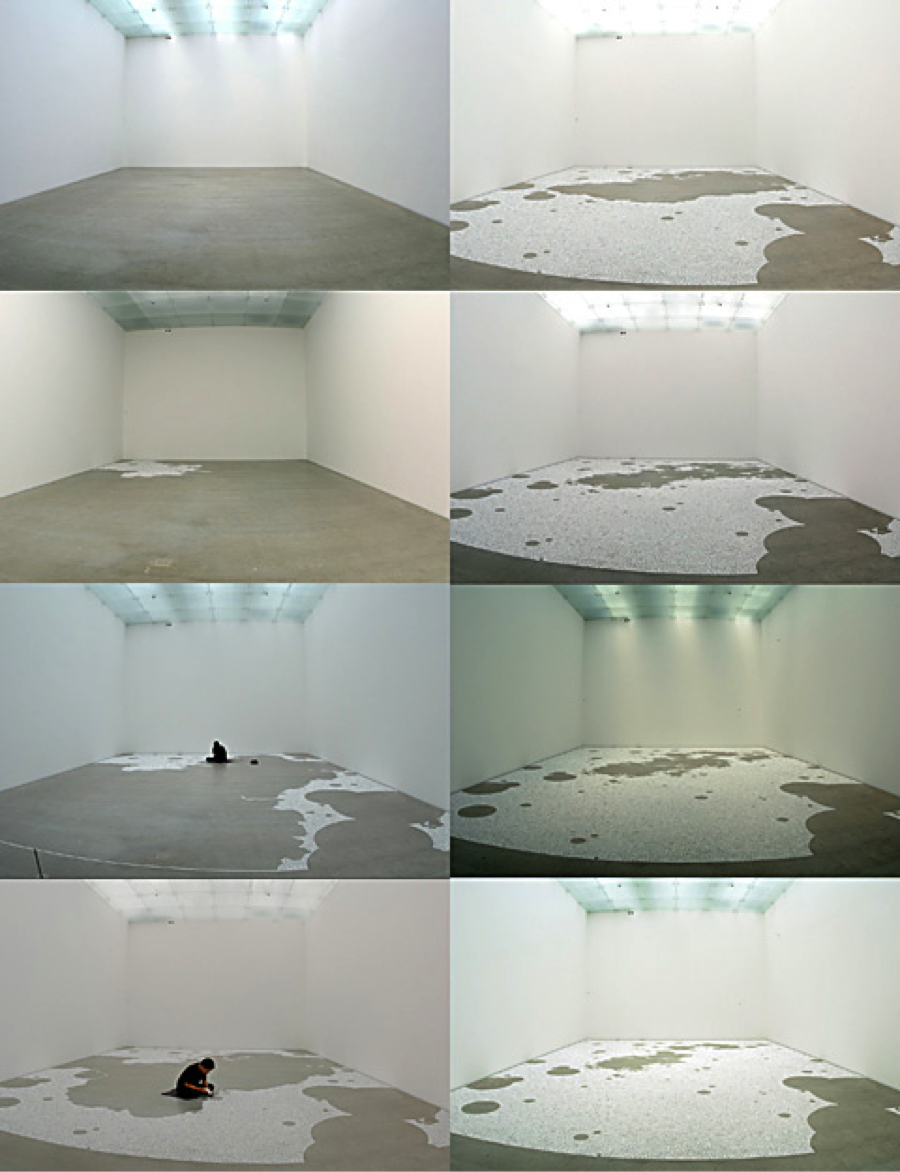 In Japanese culture salt is not only a necessary element to sustain human life, but it is also a symbol of purification. He uses salt in loose form to create intricate labyrinth patterns on the gallery floor or in baked brick form to construct large interior structures. As with the labyrinths and innavigable passageways, Motoi views his installations as exercises which are at once futile yet necessary to his healing.  (1)

(2) From sketching to the real deal: 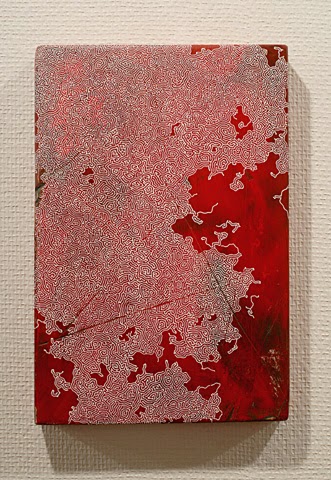 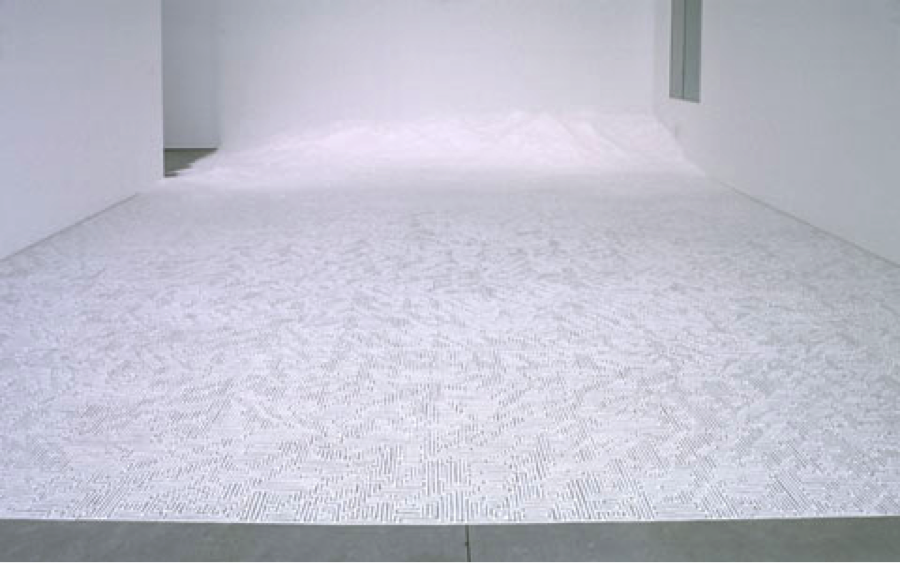 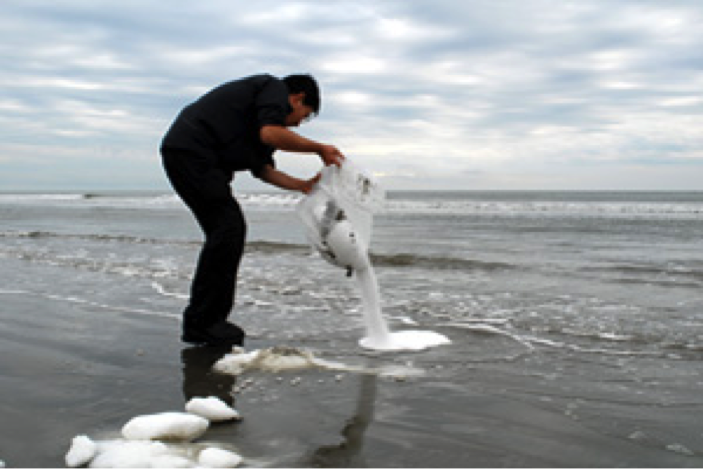 Salt is a ubiquitous commodity, as it is found in all of the oceans of the world, and virtually all cultures use some variant of it in their diet.  What began as an exploration of the practices of Japanese death culture and its use of salt has now become a more philosophical enquiry into the importance of this substance to life on the planet.  He likes to think that the salt he uses might have been a life-sustaining substance for some creature.  Yamamoto is interested in the interconnectedness of all living things and the fact that salt is something shared by all.  For this reason, when his salt-works must be disassembled, he requests that the salt in his installation be returned to the ocean. (1)


(3) From sketching to the real deal: 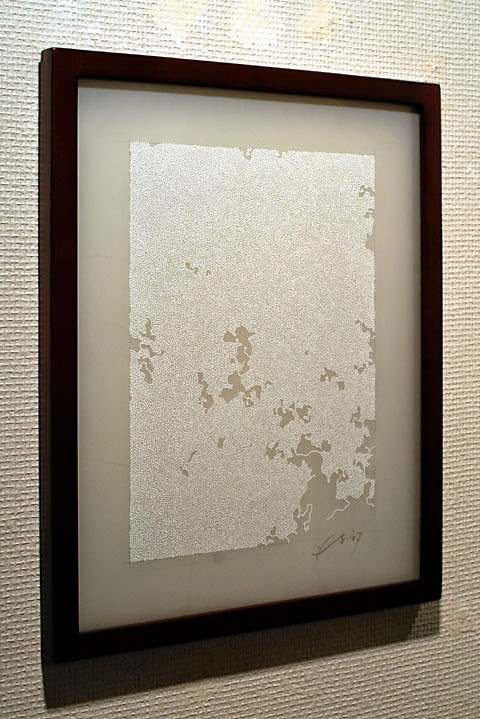 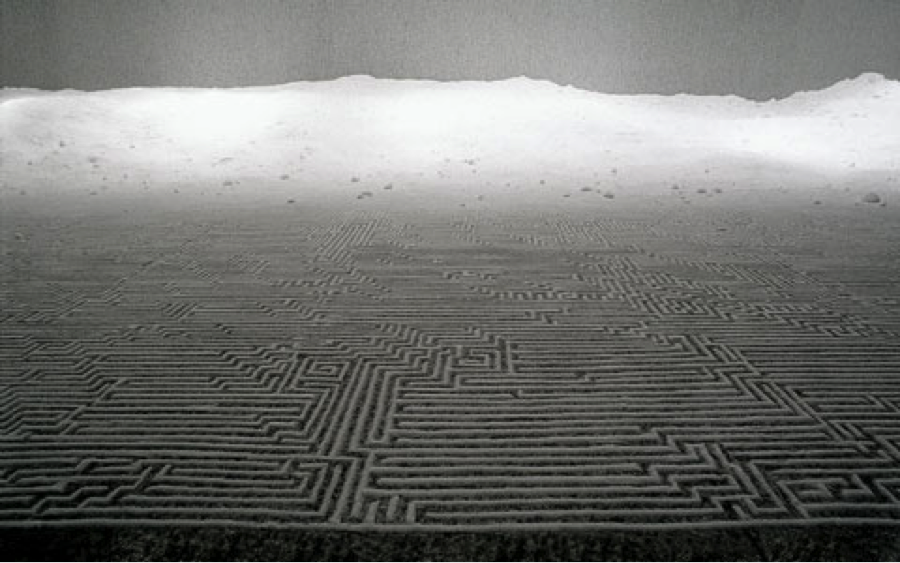 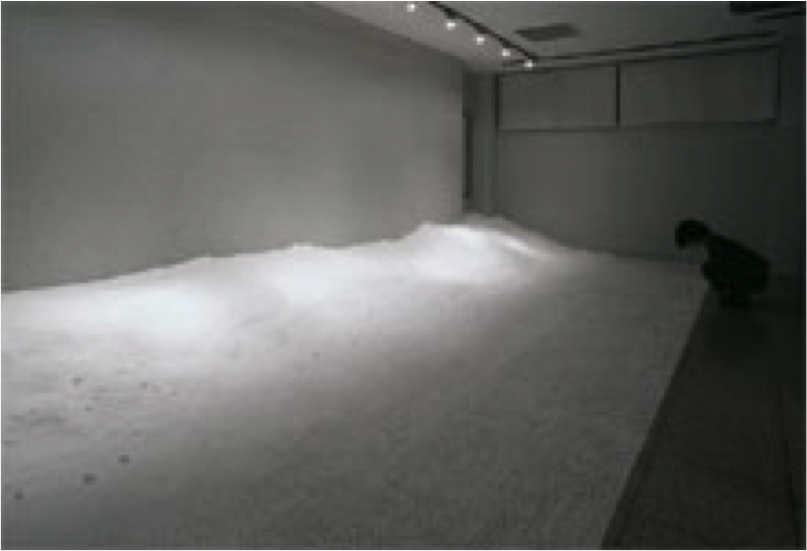 On the surface, it would appear that Yamamoto’s works fall into the category of a maze. However, he states that it is his wish that the viewers may use his labyrinth installations as a tool for meditation and an opportunity to reach some final point in their own thoughts.  It is interesting to note the similarities between Yamamoto’s drawings and the circuitry of the human brain.  Knowing of his sister’s illness (brain cancer), it is not surprising that there is a visual connection between the installations and the source of their inspiration. (1)

According to the artist, “ Drawing a labyrinth with salt is like following a trace of my memory. Memories seem to change and vanish as time goes by. However, what I seek is the way in which I can touch a precious moment in my memories that cannot be attained through pictures or writings. I always silently follow the trace, that is controlled as well as uncontrolled from the start point after I have completed it.” (1)