Claude Monet was one of the most influential painters in the history of art. He was born on November 14th, 1840 in Paris, France. Monet moved with his family to Le Havre, where he met Eugene Boudin. Boudin introduced him to plein air painting, meaning painting outdoors, which would go on to shape a large portion of Monet’s career. Monet moved back to Paris at the age of 19, and enrolled in the Academie Suisse. Despite receiving some critical acclaim, Monet struggled financially early on, and even attempted suicide due to his financial struggles in 1868. It was not until Louis-Joachim Guadibert became a patron of Monet’s work that he achieved financial stability. 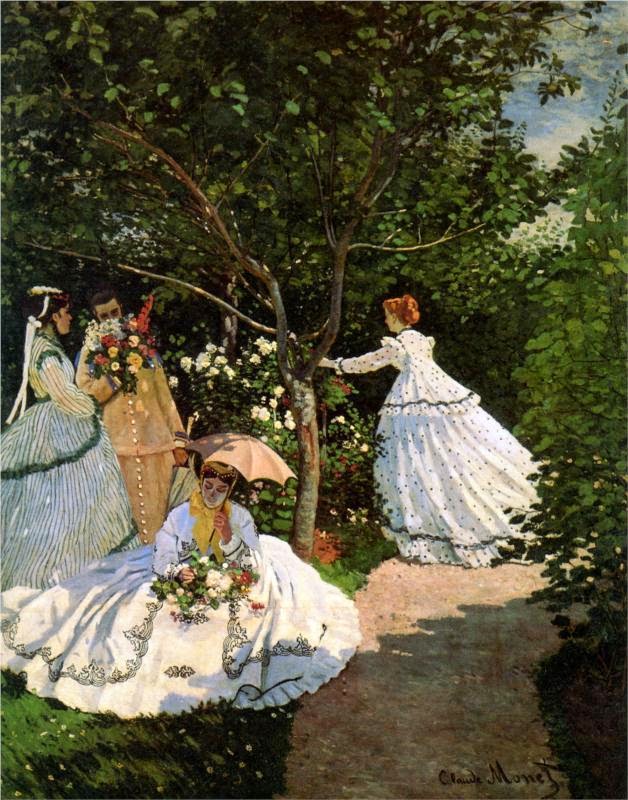 Monet's early work (1866, Women in the garden) using a more classical style, with hints of his impressionist style

Monet’s personal life had some influence on his painting as well. Monet's first wife Camille Pissarro served as his muse for many of his first paintings, serving as both his inspiration and his subject. After Camille passed away, Monet painted the “Ice Drift” series, a very dark set of paintings. He later remarried to Alice Hoschede and moved with her and their children to Giverny. Monet installed a pond planted with lilies at his estate in Giverny, which inspired his most famous set of paintings. Monet painted a series of nearly 250 oil paintings, all depicting his flower garden at Giverny. 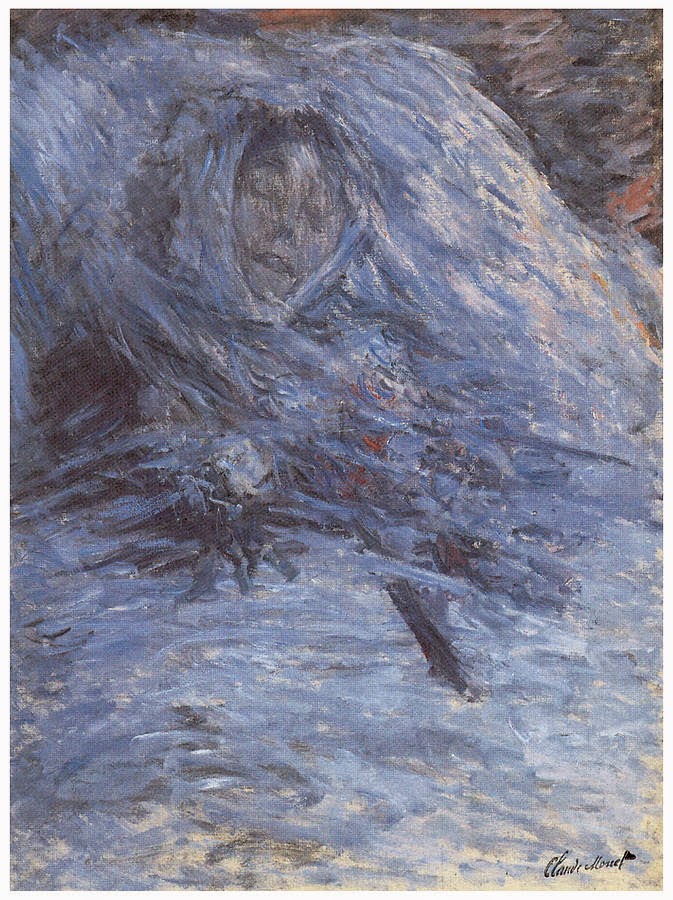 Monet's chilling depiction of Camille on her death bed


Monet’s Water Lilies are the reason that I chose him as my research subject. While I was studying abroad I went to visit the Musee de L’Orangerie, where I saw Monet’s “Les Nympheas.” This set of water lily paintings stretch across the walls of the museum, and were incredible to see in person. When viewed up close, his paintings look like nothing more than smeared blobs, but when viewed from a distance, look like fluid and accurate depictions of his pond. I really admire Monet’s ability to convey the essence of nature, without needing to use the blending and evenness characteristic of more classic painting.

Part of Les Nympheas collection at the Musee de L'Orangerie