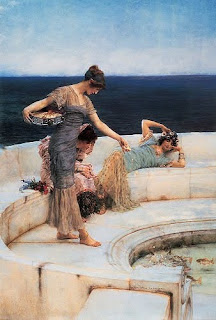 Lawrence Alma-Tadema was born January 8 1836 in the Netherlands. He trained at the Royal Academy of Antwerp in Belgium. In 1870 he moved to England where he spent the rest of his life. He was a classical theme artist and he was most well known and famous for his ability to capture the essence of the decadence, beauty and luxury of the Roman empire. Most of his subject were portrayed in lavish marble interiors or magnificent backdrops of bright Mediterranean sea and sky. Eventually he became one of the most celebrated, recognized, honored and well paid painters of the period. Although he was so well respected throughout his lifetime for his skill and success as a painter, after his death he fell into discredit. It has only been recently, within the past thirty years, that his artwork has been re-credited for its significance and impact on nineteenth century English art.

I chose this artist because I had never seen any of his work and I was truly fascinated by the skillful portrayals of classical subjects. The images of the paintings I have studied are truly incredible in the use of vibrant colors and impeccable precision and accuracy of the figures. His works are stunningly realistic, in fact you could easily mistake some for photographs. Therefore his skill is undeniable. The works themselves suck you in to the classical world which they portray and send you into a dream of bright blue Mediterranean seas and crisp clean marble. The work of Lawrence Alma-Tadema is truly inspirational. The effect that his work had on my personally came to a bit of a surprise to me because normally I am more drawn to art that uses more abstract representations of images. However, I am glad that I broadened my horizons a little bit so that I could enjoy the beautiful and luxurious images by Sir Lawrence Alma-Tadema. 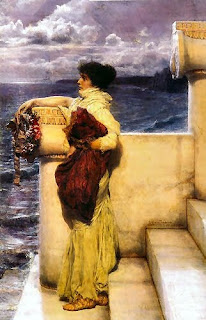 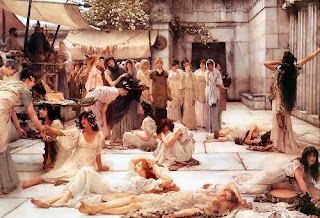 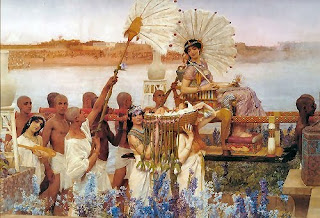