Jean-Antione Watteau Jean-Antione Watteau is a French painter, who was born in Valenciennes, France on October 10th, 1684. He founded the school of painters of Les Fetes Galantes and thus is known as the inventor of the fetes galantes genre. He was a Rococo artist that drew colorful and elegant paintings. His paintings portrayed the elegance of aristocrats by painting the idealized playful and graceful lifestyle of aristocrats in outdoor settings. Despite his paintings being such ‘fetes galantes’, his drawings are said to also embody a sense of sober melancholy, an ultimate futility of life. Many of his paintings are of theater and ballet. Watteau was always in poor health and it finally took him on July 18th, 1721 at the young age of 36. Interestingly, his poor health attributed to his work ethic. Because of his poor health, he was a true individual artist that only pursued his artistic desires and did not let his financial standing and his future interfere with his paintings. In fact, he was known for being very careless in matters of having money in his pocket. I chose Jean-Antione Watteau for my pre-1900 artist blog post because his paintings are very elegant and so to speak “pretty” as the subjects themselves are idealized and he uses such beautifully smooth yet detailed technique in his oil paintings that almost resemble the use of pastels. Also, his use of a wide range of color on a piece is quite amazing. This can be seen in his oil painting, “Pilgrimage to Cythera”, which is probably his most famous art piece. Also, the previously mentioned sense of sober melancholy can be sensed by the soft and smoky atmosphere he creates in his pieces. Perhaps it is the subtle darkness he incorporates to even the bright and light colors in his paintings. Furthermore, the subtle facial expressions that hint elegant sadness are beautifully done in his paintings. 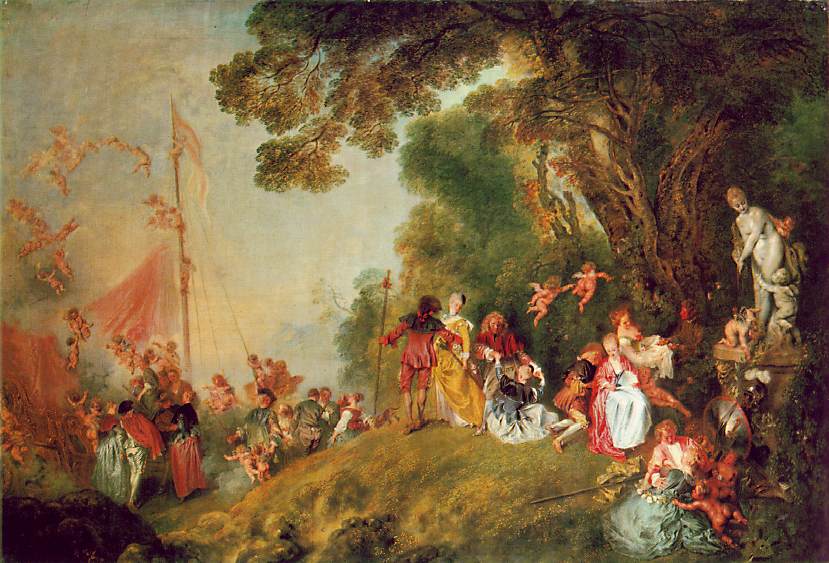 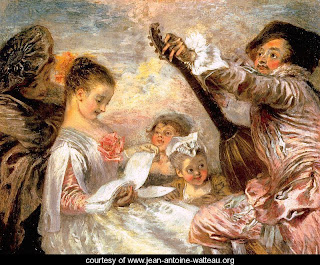 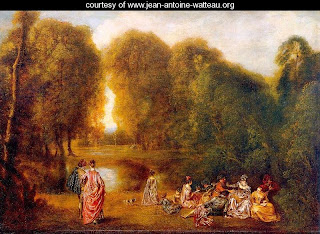 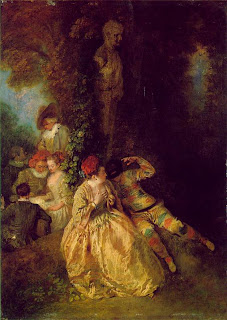 Voulez-vous triompher des Belles? (Do You Want to Succeed with Women?), 1720 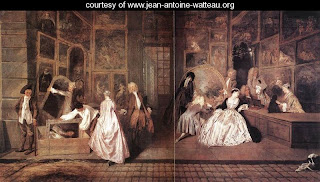 L'Enseigne de Gersaint, 1720
I also found some beautiful drawing work he did and some sketches, which are beautiful in its line work. 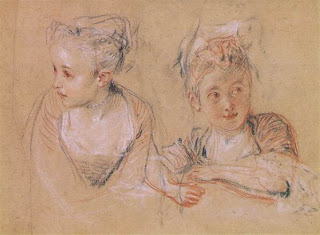 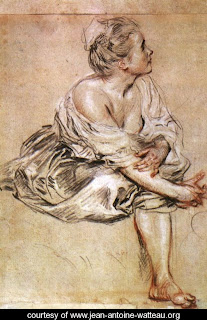 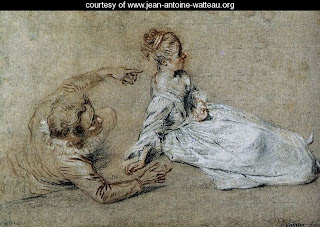