Georgia O’Keefe was a major figure in American art for over seventy years and still continues to influence artists today. She was born in November 15, 1987 in Sun Prarie, Wisconsin, and began with art lessons at home. Her talents were highly encouraged during her school years, and by the time O’Keefe graduated from high school in 1905 she was determine to become a professional artist. O’Keefe studied at the Art Institute of Chicago from 1905-1906 and then at the Art Students League, New York from 1907-1908. Shortly after winning the prestigious League’s Wiliam Merritt Chase still life prize, O’Keefe felt that she would be unable to ever achieve real distinction working within this more traditional style.

After taking a four year hiatus from art, he began painting again taking a summer course of art teachers at the University of Virginia.Her new style caught the attention of the famous photographer Alfred Stieglitz, and in 1916 he showed a set of Georgia O’Keefe’s abstract charcoal drawings in his avant garde 291 gallery. Stieglitz and O’Keefe were married in 1924.
Famous for staying true to her own vision, O’Keefe sought to depict the uncontrollable and dominant forces of nature. Critics described O’Keefe’s artwork as overtly sexual and erotic (partially as a result of Stieglitz’s marketing) which infuriated her. Although the urge to procreate is part of nature’s surging force, O’Keefe strived to portray sexuality as something beautiful and natural. Heavily influenced by photography and in particular the close-up images done by Paul Strand, O’Keefe used small microcosm in order to represent a macrocosms about life. 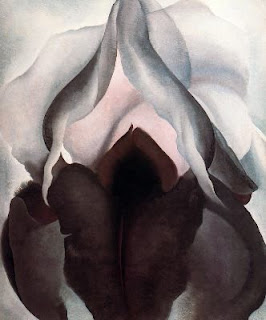 In Black Iris III (1926), O’Keefe abstracts a close up of an iris morphing it into parts of a woman’s body while the flower itself is symbolic of female sexuality. The form is organic and almost seems to be growing and can be interpreted as a variety of things: clouds, smoke, or flesh evoking the idea of a universal equality in nature.

Drawing XIII (1915), is one of O’Keefe’s abstract charcoal drawings that attracted Stieglitz’s attention in 1916. This abstract image uses line, shape, and value to create an organic form nearly living form. 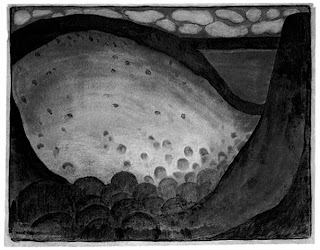 Plate VI Drawing Number 15 (1968) from her “Some Memories of Drawings” portfolio is one of her later works. At age 81 she was already suffering from ill health and eyesight loss. “Some Memories of Drawing” portfolio consisted of pieces that she hand selected and then altered to represent her life’s work in charcoal. This drawing had originally been one of the charcoal drawings that caught Stieglitz’s attention.

I admire Georgia O’Keefe is one of the first female artists to create a name for herself and gain respect as an artist. I really like her organic forms and the movement of her drawings and paintings.