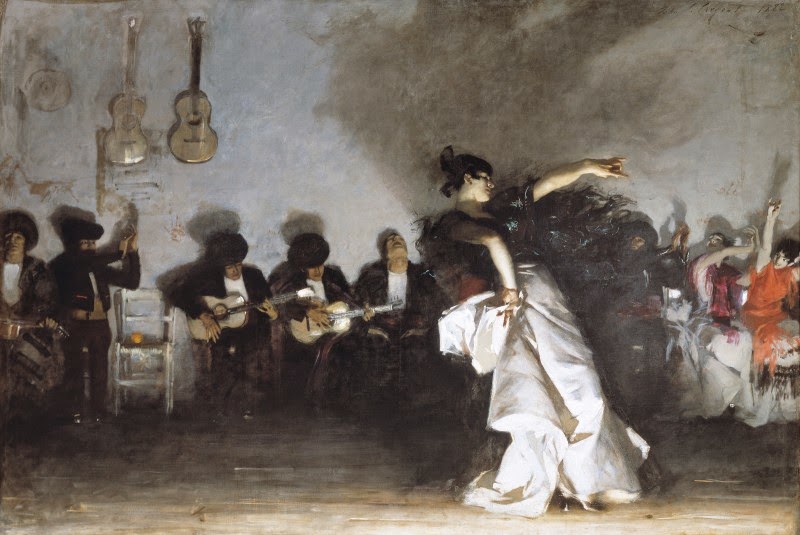 Imagine this painting, over seven and a half feet tall, and over eleven feet wide, at the end of a dimly but dramatically lit hallway of arches, just off a luscious courtyard. That is where this painting hangs in the Isabella Stewart Gardner  Museum in Boston, one of my favorite places in the world. El Jaleo took my breath away the first time I saw it. I didn't know who the artist was at the time, but John Singer Sargent was my first guess, because something about the severity of her posture, the striking contrast of the black and white, reminded me of Sargent's most famous piece, Madame X. 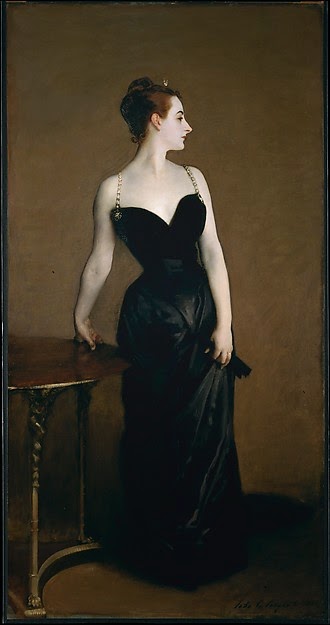 This notorious portrait was a scandal when first displayed. Her right dress strap initially hung suggestively off her shoulder and many critics considered the work too erotic. Although later considered by Sargent and others to be one of his greatest works, it was the first painting displayed by the artist to receive negative reviews. Sargent was one of the most famous portrait artists of his time and his ability to capture not just a likeness, but a personality, is striking. The realism displayed in his portraits, including two charcoal sittings shown below, is astounding, but I find so much more to admire in his work than his technical mastery. 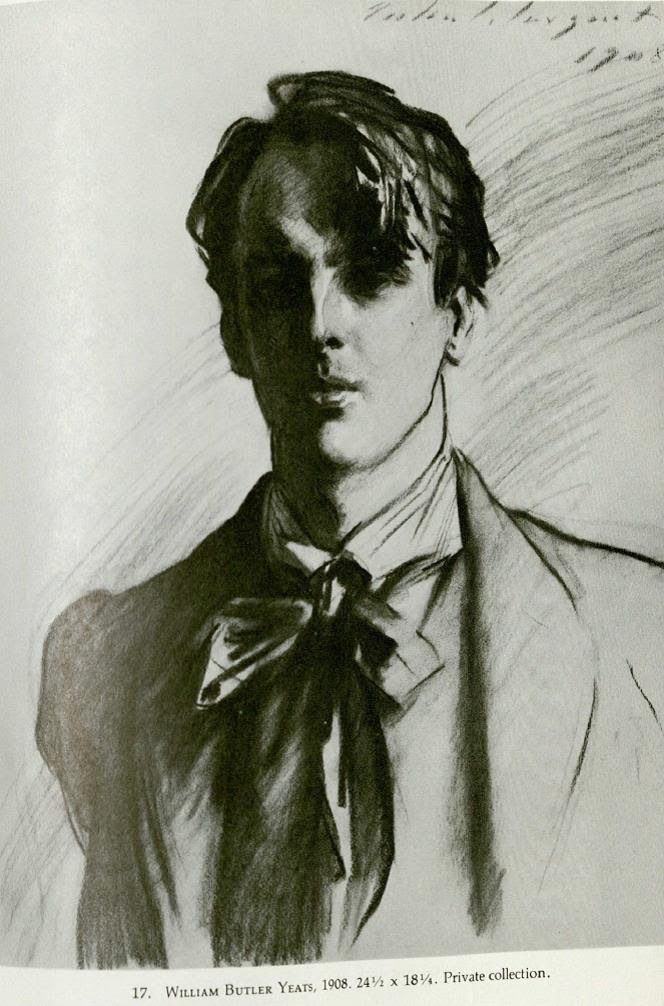 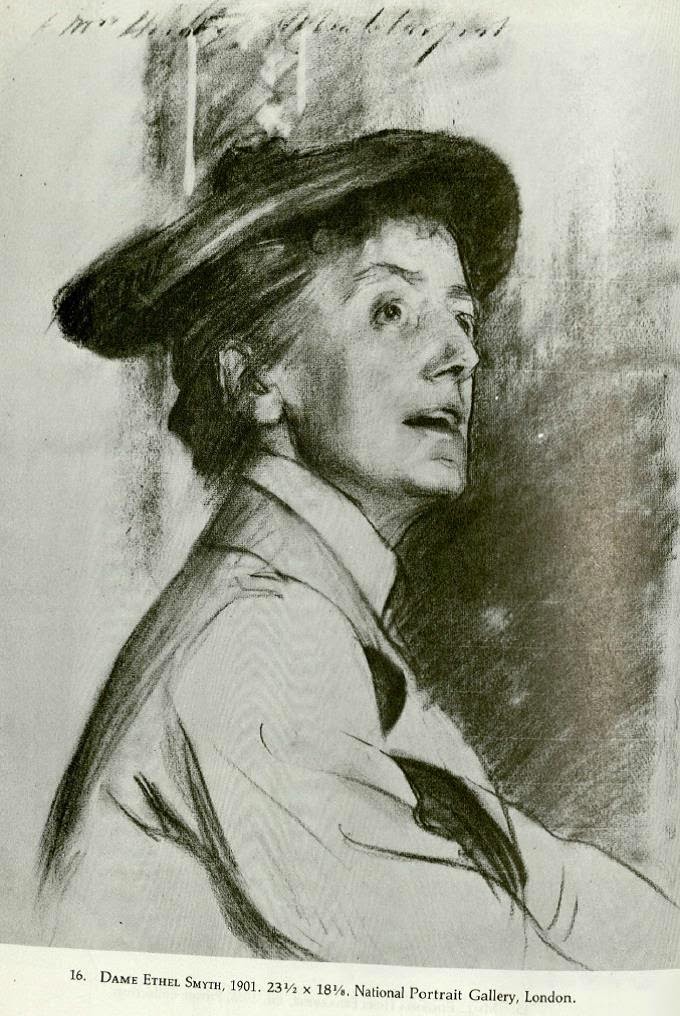 For example, these charcoal sketches and watercolor landscapes were created at around the same period in Sargent's life, yet the watercolors are markedly more impressionistic. Personally, I find both the portraits and the landscapes to be stunning, and I find it even more remarkable that an artist with such a realistic style could so effortlessly paint with such loose brushstrokes and lack of detail. It is something I hope to be able to accomplish in my work. The colors in the landscapes are light and airy and beautiful (watercolors are not my strongest suit), while the portraits utilize such heavy contrasts and sharp lines and even the ones with color can feel monochromatic because the emphasis is on the light vs the shadow rather than the colors themselves. To me, being able to master such variability would be impressive, but more importantly, being able to do so many different things would be interesting and fun. 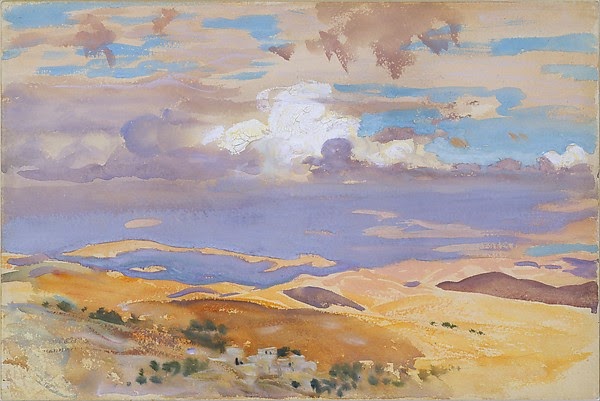 Even this sketch which probably took no longer than the blink of an eye successfully captures enough essential information to clearly identify the subject. I suppose I love Sargent's work because it is what I strive for my work to be like: realistic but with passion, intrigue, and energy. 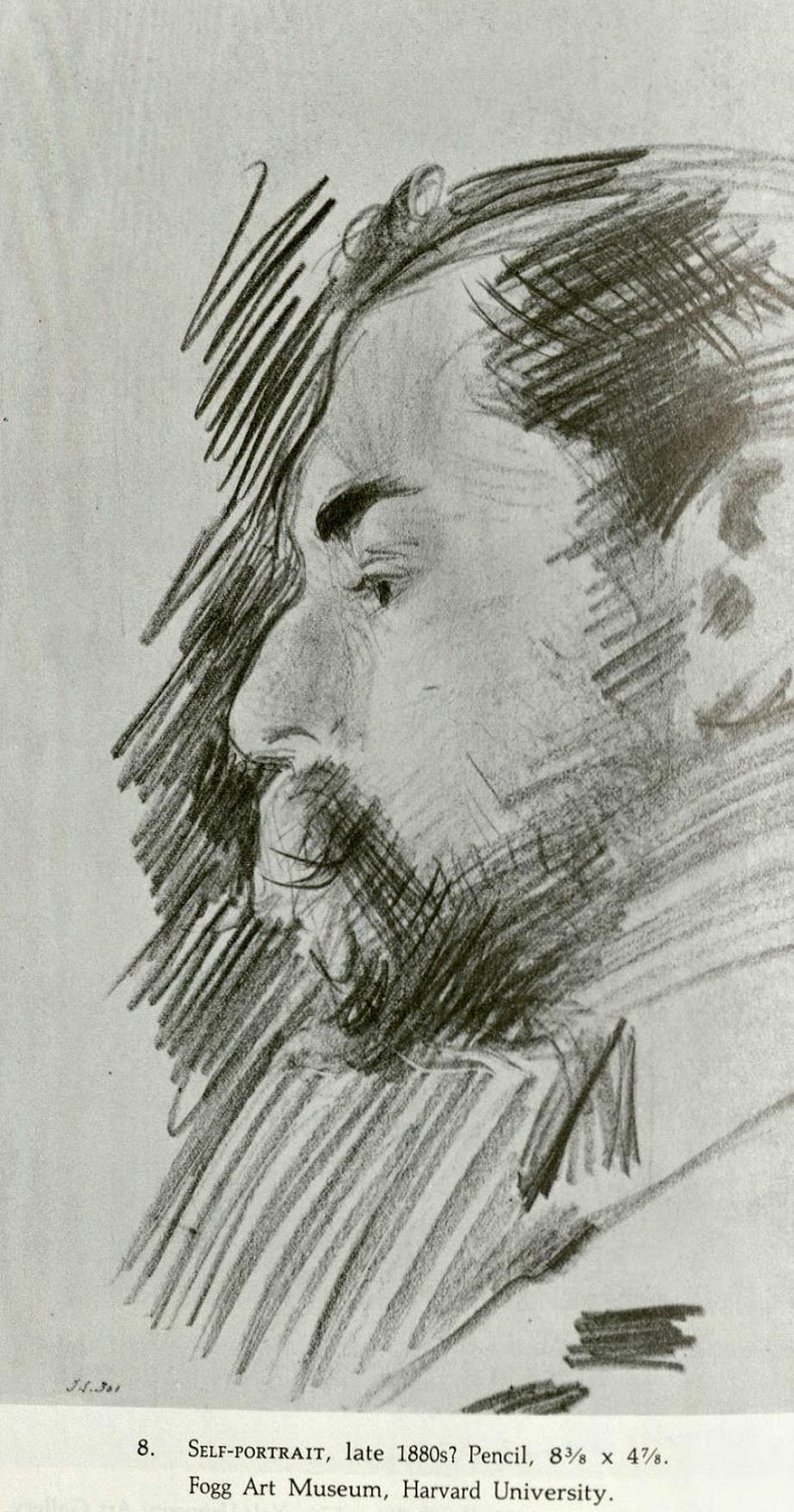