Vincent Van Gogh; The Dutch period (1880-1886)
The period between 1880-1886 was known in Van Gogh’s legacy as his Dutch period. This specific period stood out to me in Van Gogh’s work due to the stark differences seen in his painting and drawings compared to previous works and works that followed this era. This was clearly a dark time in Van Gogh’s life, one in which his work reflects overriding concerns for his fellow men and women of the time. The subjects used were often miners, peasants, farming households and houses for the poor. 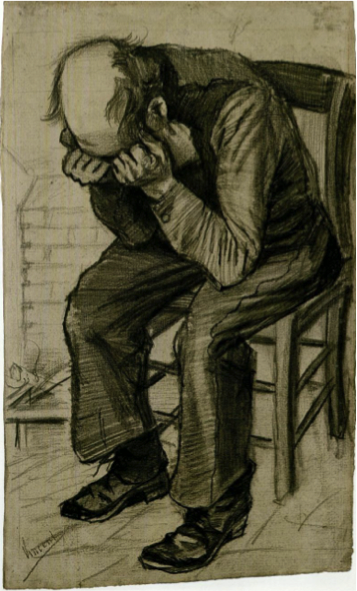 Vincent Van Gogh’s Worn Out (1882) piece really encompasses the dark and dreary time in Van Gogh’s life. The bolded dark figure takes up the whole page, protruding out into the foreground with no real background noticed. The piece reflects a burden not only from the body positioning and language of the male sketched but also in dark lines observed in the shading of the figures body. 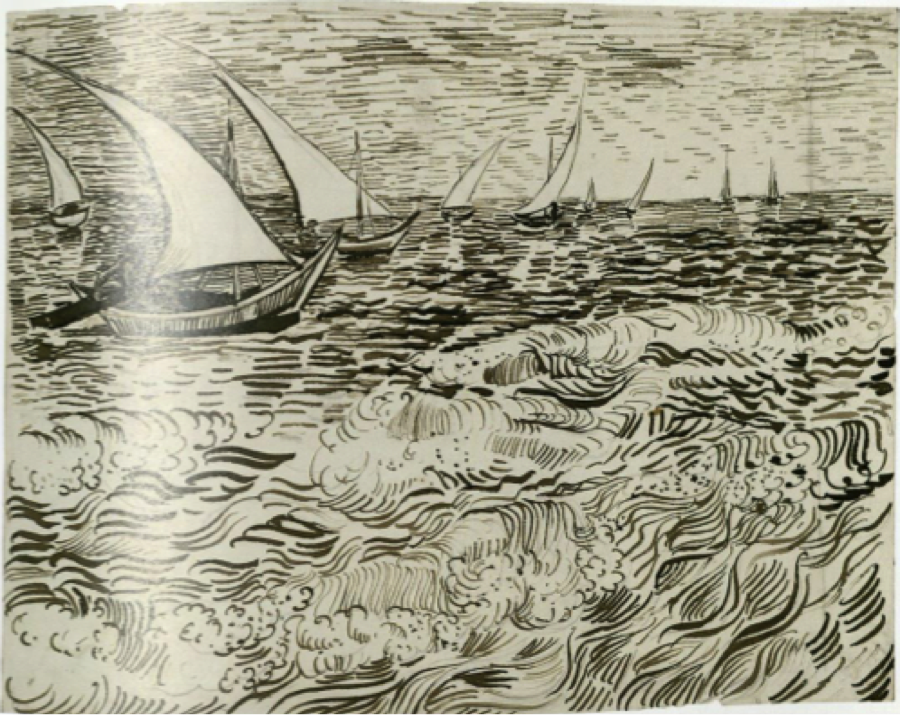 This second piece of Van Gogh’s Boats at Sea (Mid-July 1888), starts to reflect the style of art many viewers are accustomed to from Van Gogh, one of light, warmth and color. Instead of the dark straight lines observed in the previous pieces, this picture starts to have flow as well as a feeling of light and ease from the curved, non-uniform lines observed. 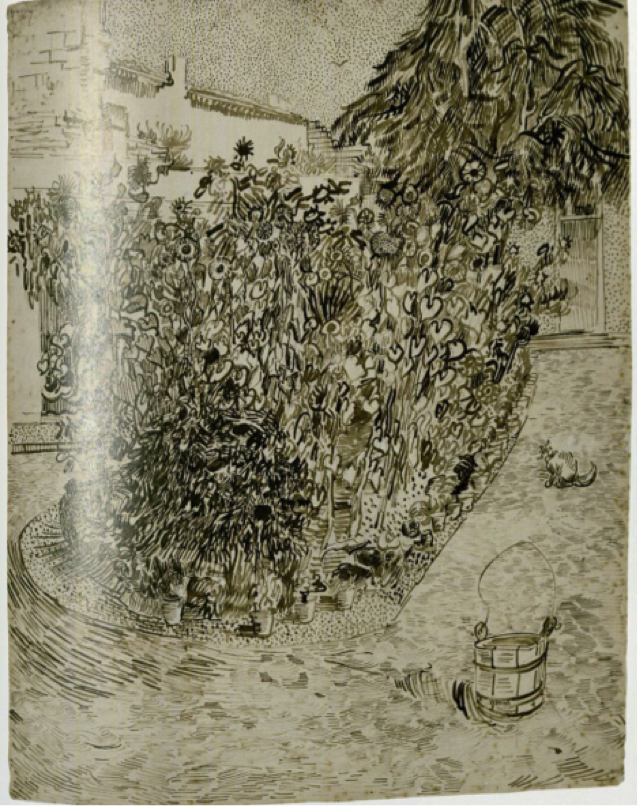 Garden With Sunflowers (1888)
The last Picture I chose from this particular era was my very favorite. Van Gogh was a master of sunflowers; some of his very best pieces encompassed them. It is interesting that even in Van Gogh’s “dark era”, he still found a way to utilize the sunflowers in his pieces. This may lead us to infer that the sunflowers depicted in this piece signify an optimism and excitement in Va Gogh’s life, his depression had lifted at this point. The first of many amazing pieces involving sunflowerd for Van Gogh.