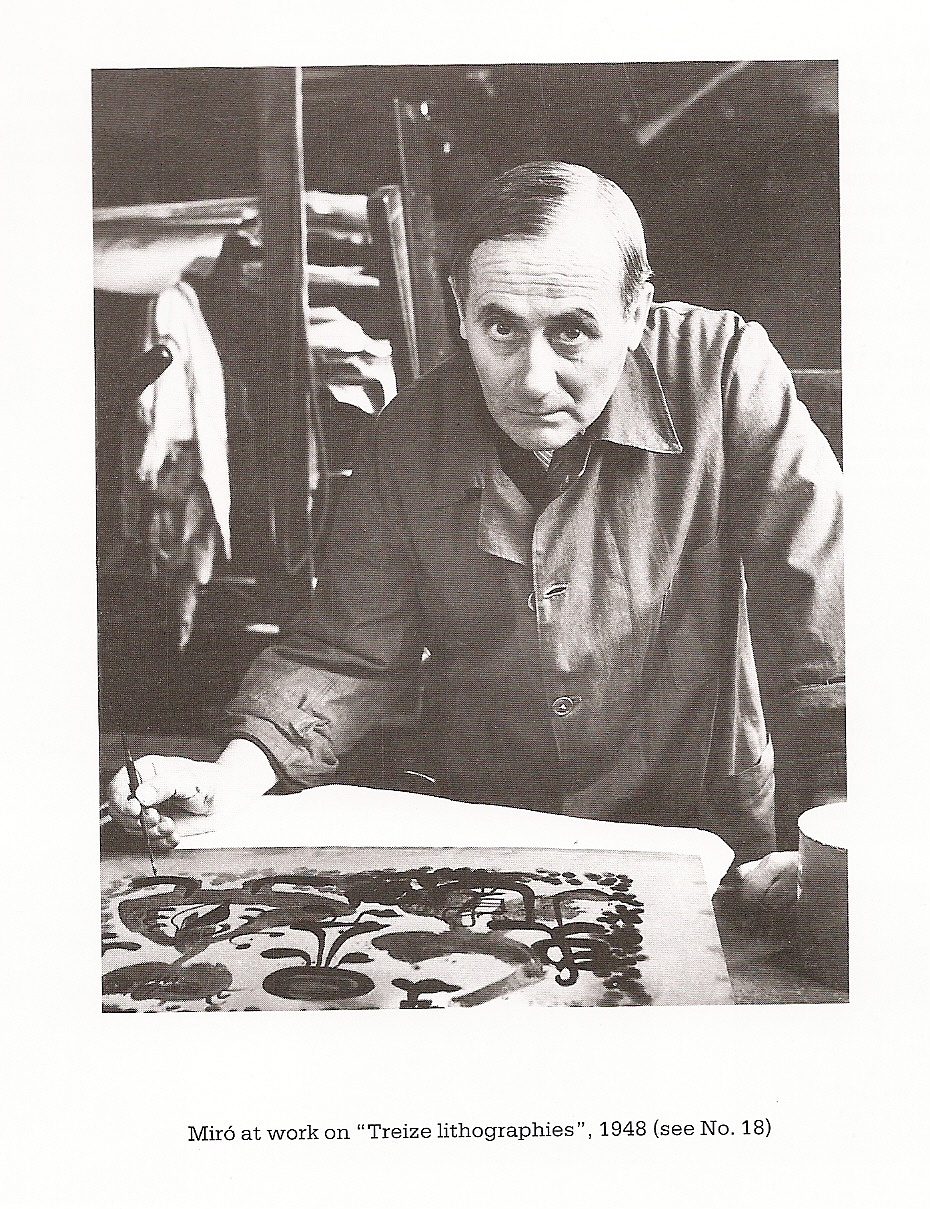 Joan Miro was born Joan Miró i Ferrà on April 20 1893. He was born into a creative household as his father was watchmaker and his mother was a goldsmith. Art historians have found drawings that they believed Joan Miro painted in 1901 – at eight years of age. As his talent grew, he was enrolled into the School of Industrial and Fine Arts in Barcelona to further develop it. He studied under artists such as Modest Urgell and Josep Pasco.

In 1911 Miro decided to devote his life to painting after battling typhoid fever. He later enrolled in La Lonja School of Fine Arts where he studied under Francesc Gali. His paintings at the time were shown in Damlau Galleries in Barcelona, but he hadn’t developed his own identity as an artist yet. His works from 1920 and before have various influences from cubism to Roman frescos.

It wasn’t until his first trip to Paris that he was introduced to surrealist painting. He was honored to meet Picasso here in Paris during that time and he accredits Picasso for his decision to have a surrealist art style. Picasso helped him make up his mind about who he was as an artist. This was an eye opening experience as he became interested in various mediums of art --collage form, surrealist sculptures,etc.

In 1929 Miro married Pilar Juncosa and in 1931 they had their daughter Dolores. Soon after the civil war broke out Miro and his family relocated to Paris. His art became increasingly surrealist. Here is a painting called Composition that he painted in 1933. This painting shows how surreal Miro began to be during his time in Paris. As time passed Miro began to truly understand himself as an artist and developed a distinct style. In the 50’s he fell in love with a new medium of art –ceramics. He focused on public art projects and plop art. This wall painting is one of the more popular pieces of art that he created during this time period. It is called The Wall of the Moon and the Wall of the Sun 1957-59.

In 1972 Miro founded the Center for Study of Contemporary Art, He donated all of his art to the foundation. His friend Josep Lluís Sert designed the buildings and it is still a vibrant and functioning center for arts even until today. This is an original sketch of the building in its primary phases.

Joan Miró’s life philosophy was, “you must always plant your feet firmly on the ground if you want to jump into the air. The fact that I come down to Earth from time to time makes it possible to jump all the higher.” In 1979 the University of Barcelona named Miro Doctor Honoris Causa. Four years later Miro suffering from heart disease passed away at 90, but his work will live forever.

Posted by Jennifer Sunmonu at 9:48 AM