Claude Monet, the artist from whose paintings the term Impressionism was first coined, was born in Paris, France on November 14th, 1840. He took an interest in art from an early age and, despite the disapproval of his businessman father, did not hesitate to pursue it. In 1845 the Monet's moved to Le Havre in Normandy. In school there he became well known for his caricatures, so well known in fact that people began commissioning him for them. 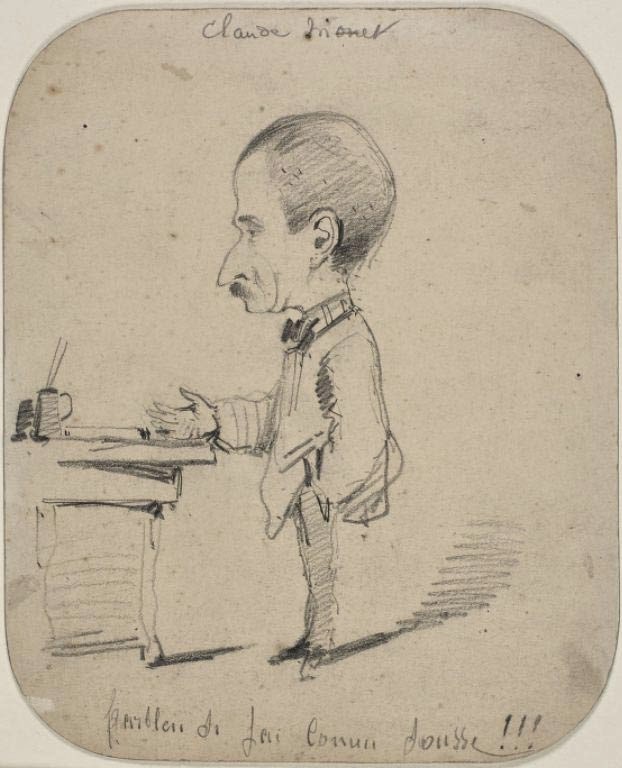 He also expressed a deep love of nature, but surprisingly was reluctant to recreate it in art because of a local artist named Eugene Boudin whose work he disliked. He is quoted as having once said that "Boudin's sincere little compositions, with his little figure so perfectly judged, his neatly rigged boats, his accurate skies and water, drawn and painted solely from nature, held no artistic value for me ..." But it was eventually Boudin himself who became Monet's mentor and persuaded him to investigate en plein air painting, or painting done outside. 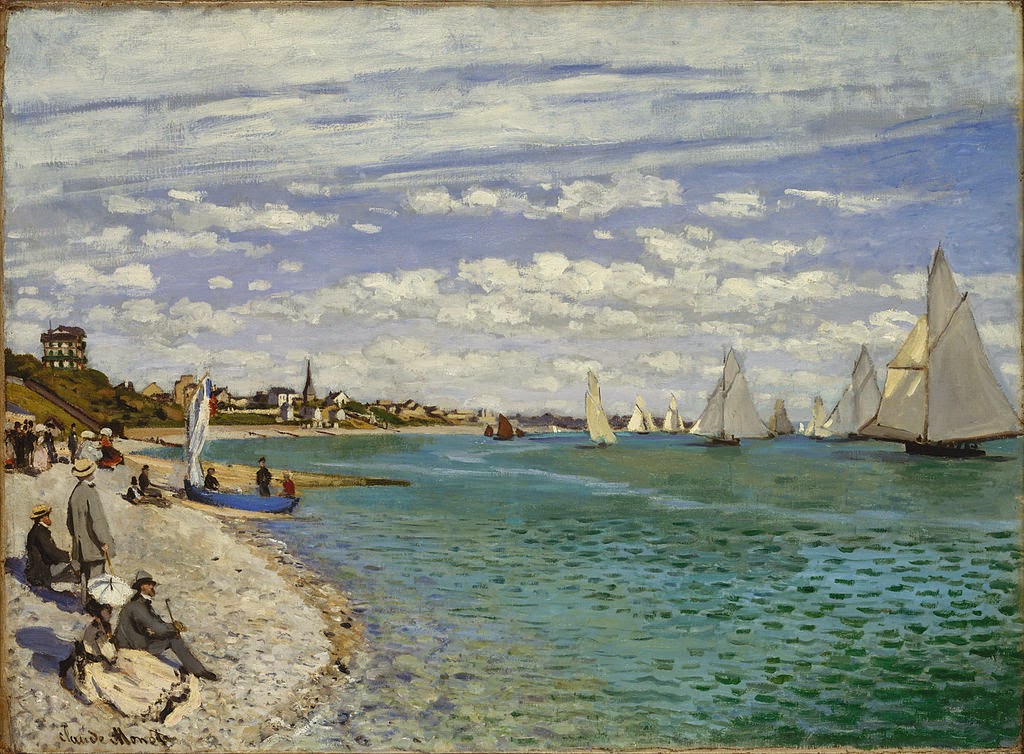 In January of 1857 his mother died and he moved back to Paris to live with his aunt, Marie-Jeanne Lecadre. Monet's desire to paint had increased by that point and he felt the need to seek out more schooling. He visited the Louvre and began studying with the painters of the Barbizon school. A few years later he joined the military, but soon he became sick and returned to Paris. It was there that he met his wife Camille Doncieux. The painting below is just one example of the many successful paintings he made of her. 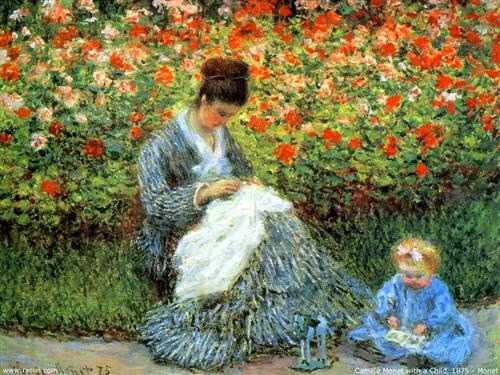 Throughout his life Monet had many ups and downs. He frequently struggled with poverty, and attempted to commit suicide in 1868. He also had to cope with the death of Camille after the birth of their second child. He and his sons, Jean and Michael, then moved in with some friends, the Hoschede's and their six children. After the death of Mr. Hoschede, Claude and Alice, the widow, supported each other and eventually married. In 1881 they moved to Poissy, the location of the famous Giverny Gardens. It was there that he created some of his most well known pieces: the many water lily paintings.

These paintings are the reason I chose Claude Monet. When I was little I had a children's book called Philippe in Monet's Garden by Lisa Carmack. It was about a big bullfrog named Philippe who lived in the gardens where Monet painted the lily pads. He got picked on by the other frogs for having enormous legs, but when the frog catchers caught him in a net to eat his legs he was strong enough to hop out. Anyway, I've always loved frogs and I especially loved this story. All of the backgrounds on the pages were recreations of Monet's paintings, and I've loved the lilies ever since. I don't think I have a favorite painting yet though because I haven't seen them all.

I love Monet's style of painting, how his brush strokes look thick and smudgy up close, but once you back up everything looks so realistic. It amazes me every time I see one. The actual lilies barely look like anything more than pink blobs and yet at the same time they are unmistakably flowers. Monet's depiction of the water also really gets me. He paints all of the surrounding vegetation's reflections on the water surface; it's beautiful. His ability to show so much detail with only the direction or color of his strokes is incredible.