Paul Cézanne was born in Aix-en-Provence in 1839. Cézanne studied law for a year before he left for Paris in 1860 to study to become an artist. His early works were dark and moody. The colors he used were dark and heavy and stayed this way until about 1870. He met his mistress and future wife, Hortense Fiquet. His color palette become significantly lighter and he started painting more landscapes. After the birth of his son, Cézanne settled down in the outskirts of Paris. In 1880, he and his family moved back to Provence; he remained there until his death in 1906. During this latter stage, Cézanne developed his characteristic brushstroke and moved away from the Impressionist movement based in Paris. He produced over 400 watercolors during this period. 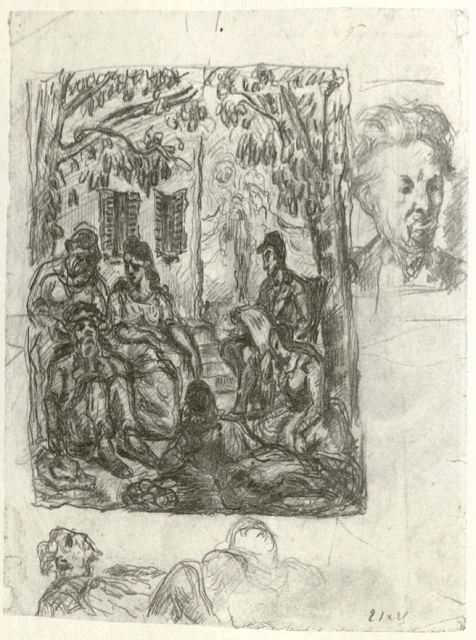 Family in a Garden, and Studies
1870 - 73
I like how the forms in the sketches are not very well defined. Cézanne was well-known for repetitive, exploratory brushstrokes and it looks like he followed a similar style when he drew this sketch. The messiness and indefinite quality of the forms has a great impact on the viewer's experience of the scene. As a viewer, I feel movement; I don't feel like this is a stationary moment in time. I sense the leaves blowing in the wind and the people going through the motions of their daily lives. 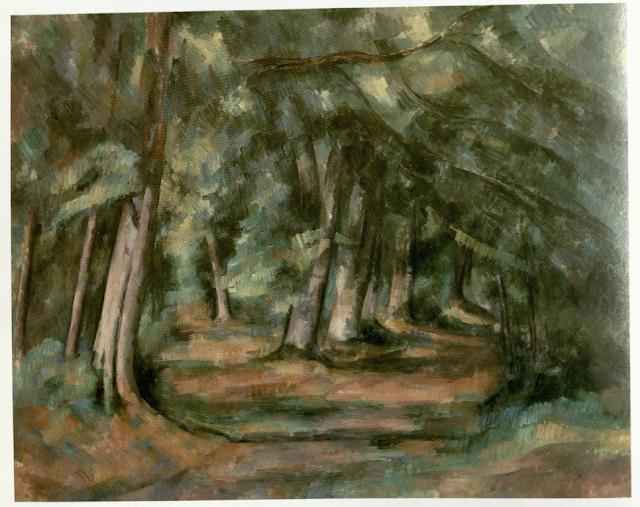 Forest Path
c. 1892
I chose this piece because of the sense of calm I felt upon looking at it. By using watercolor, Cézanne was able to blend together all of the components of the scene. An interesting fact about Forest Path is that it's actually unfinished. The lighter splotches, for example in the leaves towards the top of the piece are evidence that Cézanne abandoned this work. It's also exemplary of his focus on landscapes. 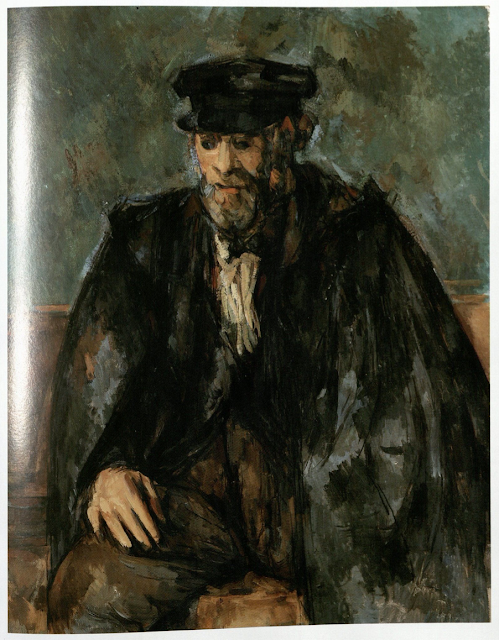 The Sailor (The Gardener Vallier)

1902 - 1906Cézanne painted this piece over the last four years of his life. In his older age, he became a recluse, interacting with a limited number of individuals. One of these was his gardener, who we see here. The use of dark colors and the lack of light in the scene reflects the mental and emotional state of Cézanne. The subject matter is also very telling of his state. The solitary figure represents the solitude and loneliness of Cézanne as he neared the end of his life. I chose this piece because I appreciate how emotive and powerful color can be. This piece is also representative of his focus on figures. References 1. Encyclopedia of Visual Artists. "Paul Cézanne (1839 - 1906)". Web. 29 Feb. 2016. 2. Paul Cézanne, Feilchenfeldt, Klaus Albrecht Schroder, Felix Baumann, Evelyn Benesch. Paul Cézanne: Finished - Unfinished. Ostfildern-Ruit: Hatje Cantz, 2000. 3. Paul Cézanne, Lawrence Gowring. Paul Cézanne: The Basel Sketchbooks. New York: The Museum of Modern Art, 1998.
Posted by Unknown at 8:37 PM