Marcel van Eeden is a Dutch artist, born on November 22, 1965.  Growing up, drawing was just something he did to past time, and it wasn’t until he was working in an insurance office that he realized he wanted to be an artist.  He saw it as a way of giving himself freedom, and at the age of 24, began to study painting at the Royal Academy of Art.   He always draws from photographs and he always makes sure the photographs were taken prior to his birth.  In his words:

“The first and most important thing is that I wasn’t alive at the moment the picture was taken.  Then I can see the moment, I can see the light that fell, and even though I didn’t exist at the time, I can recreate that moment.  It should be a frightening thought, but it’s not.” 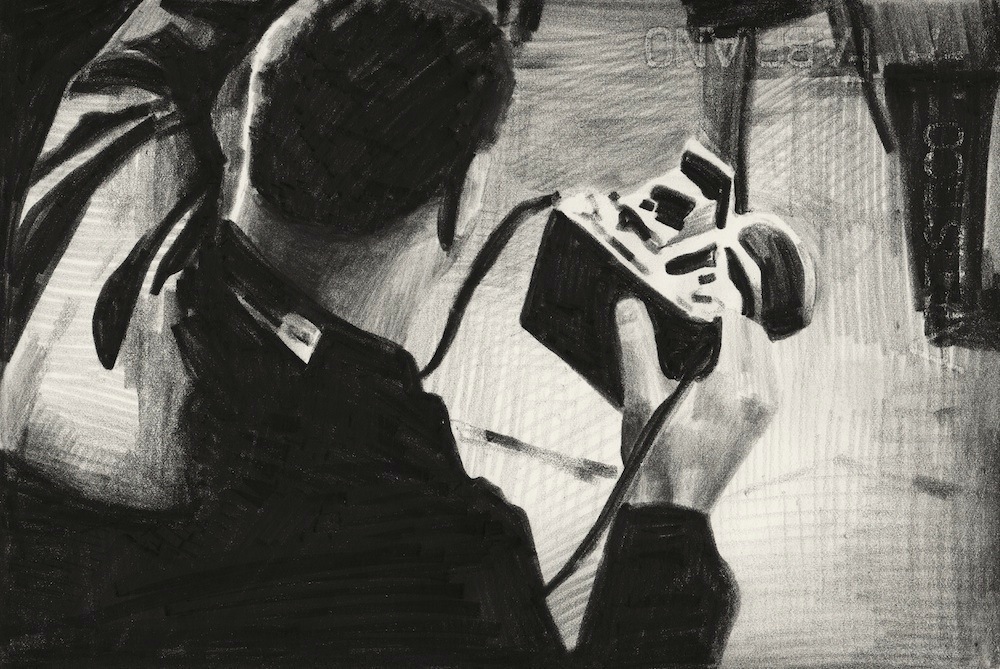 From "The Photographer" 1945-1947.  Series of 43 Drawings.
A fan of literature and comics, he uses words in a lot of his drawing series.  The material he uses is called “Nero” and it comes in pencils and chalks.  Rather than focusing on the line, he concentrates his efforts on showing the grey tonal composition of the source material and the manipulation of black-and-white contrast.

His favorite subject to draw is explosions. 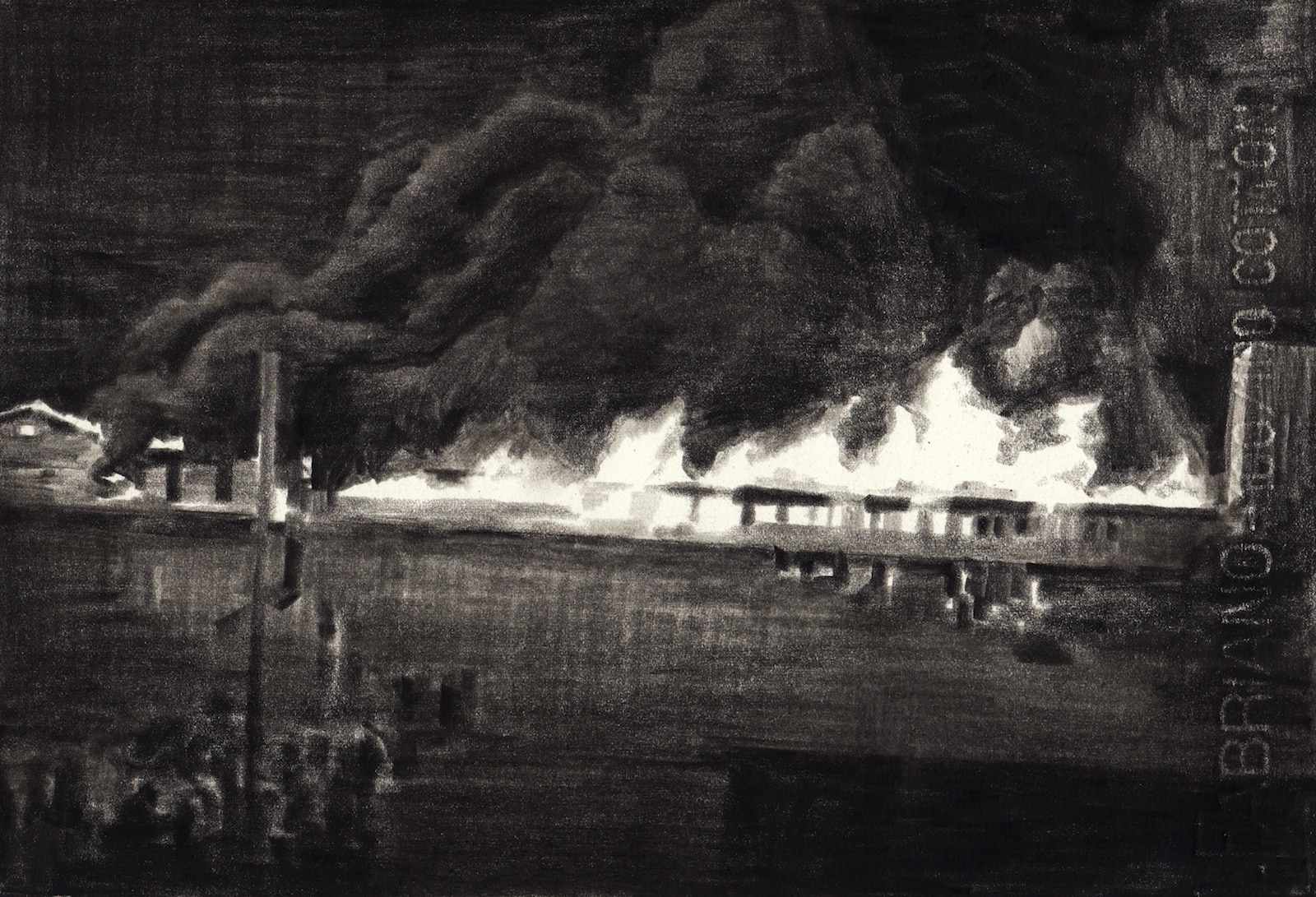 I picked this artist because I really loved the way he manipulates contrast and shows depth in his drawings.  The drawing of the bus is probably my favorite because of how the bridge at the top is barely visible, but the smearing of the negative space gives makes it look foggy.  I don't know if that was intentional or not, but this drawing really stood out to me.