Mamoru Hosoda and His Animated World

I am a Japanese Anime fan and one of my favorite animation director is Mamoru Hosoda, known for various animated films including The Girl Who Leapt Through Time (2006), Summer Wars (2009), Wolf Children (2012) and his latest film, The Boy and the Beast (2015).

After graduating from Kanazawa College of Art, where Hosoda studied oil painting, he joined Toei Animation in 1991 and directed several Digimon Adventure episodes. He began to draw attention from contemporary directors, and was invited by Hayao Miyazaki to direct Howl’s Moving Castle. However, during early production stages of the film, Hosoda’s team was told to suspend the project by Studio Ghibli authorities and the film was completed by Miyazaki’s team instead. One suggested reason of this is that Hosoda was considered not renowned enough as a director to attract public attention to the film.

Hosoda was struck hard by this failure but did not give up. His 2006 animated film The Girl Who Leapt Through Time was a huge success and won Japan Academy Prize. Since then, Hosoda has directed Summer Wars, Wolf Children, and The Boy and the Beast, all of which received highly positive critical and public responses. He is now one of the most acclaimed animation directors in Japan. 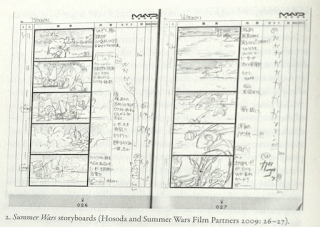 Trained as an oil painter, Hosoda’s storyboard drawings are clear, detailed and filled with vivid imagination. On his storyboards, he sketched the setup of each scene and noted important actions and transitions. 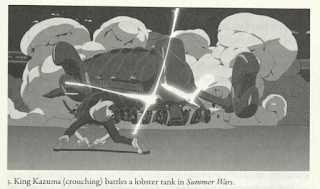 In Summer Wars’ battle scenes, Hosoda did a fantastic job as a director, making sure the animation was dramatic, powerful and smooth at the same time. The combat scene in the picture was particularly impressive as Hosoda captured the agility and strength of King Kazuma really well. The success of the film could be credited to its excellent animation, which ultimately came from Hosoda’s great storyboard design that planned these shots out at the very beginning. 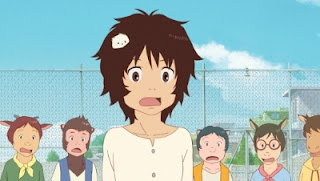 My personal favorite of all Hosoda films would be The Boy and the Beast. Written by Hosoda himself, The Boy and the Beast is a touching story about a boy accidentally entering the world of monsters. The film touches upon various themes including personal growth, meaning of parenthood and choices. It is said that he took inspiration from the birth and growth of his own son.

I really enjoy Mamoru Hosoda’s work and his fantastic storytelling skills. His films are highly imaginative but are ultimately rooted in contemporary Japanese society, both cosmopolitan and rural. The only complaint I have about him is probably that I will have to wait another two years until another of his films is released.