John Singer Sargent, born in Florence, 1856 to an American family, would become “leading portrait painter of his generation,” a modern master. Educated in schools throughout Europe, Sargent received a thoroughly liberal-arts education, and continued to have an avid interest in literature and music throughout his life. However, it was his early talent – his mother said of him at eleven, “…artists say that his touch is remarkable” – and later prodigious diligence – besides his portraits for which he was renown he would produce over 1,600 watercolors and over 600 landscapes and genre works in oil –that would challenge and change the story of art (Fairbrother 11).
Sargent’s 20s were spent moving from schools to academies to ateliers, where he trained in subjects like painting, academic drawing, perspective, and anatomy. It was also in the 1870s that the first Sargents appeared in exhibitions. While Sargent’s pieces were at times received with reservation by both critics and sitters (this would foreshadow the public’s depreciation of his style after his passing), these times were in the minority; Sargent was, for all purposes, not only a gentleman “of the best social position,” but also a consummate representational artist (19).
Sargent’s rise was not met without obstacles, however. While his reputation as a portraitist grew ever so gradually in the 1880s – “more progressive critics saw promise in Sargent… Antonin Proust, one of the few contemporary champions of Manet’s work, believed that Sargent was a remarkably talented artist ‘called to a great future’” – detractors, numbering among them Oscar Wilde, would “[call] Sargent’s work vicious and meretricious” (36). Sargent’s portrait of Madame Pierre Gautreau would mark a revealing turning point in his career. 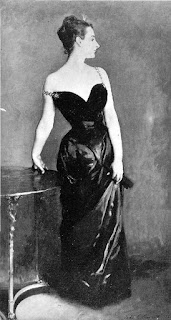 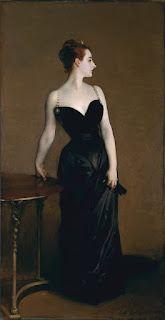 In his confidence “that the public would be awed and amazed by his interpretation,” he created more studies of Mme Gautreau than any other client – his notes remark of her “‘lavender’ coloration,” “her ‘most beautiful lines’” – all “indication of his high expectations” (49). His submission to the Salon, however, “had a different emphasis: the subject stands in a rather haughty pose...In this image she is an incredible idol with a compulsive need to display herself before an audience” (49). It was poorly received. In response to criticism of his original submission to the Parisian Salon, Sargent painted over it to make his subsequent portrait “proper.” It was this backlash to one of his greatest efforts that “stung him,” made him understand “the power that a portrait could wield,” and marked the start of “a period of transition” (52, 55).

In the late 1880s, Sargent would branch out into the swath of both historical and contemporary art, studying and experimenting in this “most expansive and receptive phase of his career” (55). He decorated, created still lives, experimented with palette and mood, worked en plein air, tested impressionistic waters with Monet, and introduced fresh subjects to conventional portraiture. His repertoire grew, as did his recognition. “In 1899 a critic marveled that the faces in Sargent’s portraits often seemed to ‘presage’ the abundant ‘perplexities and anxieties [that] loom up before the contemporary man and woman’” (75). 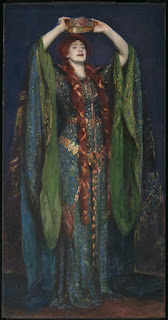 It was at this point that his career was flooded with many travels to the United States, an overwhelming number of clients, though in a life in luxury (he charged “a value of about eighty-six thousand dollars in 1993” “for a full-length portrait” (77)). His portraits were good – almost too good. Critics suggested his artwork could be “cruel or cutting” in his “disarmingly frank likenesses” (94), though when his insights aligned with the status quo, Sargent was hailed as a master. His commissions grew, as did his technique and focus of drawing attention to his portraits’ “precise social task – to project a fastidious superiority by virtue of being ornate, exclusive, and prohibitively expensive” (97). This became too much for Sargent. Toward the 1900s, he took more time for himself, painting watercolors of scenery and environments. 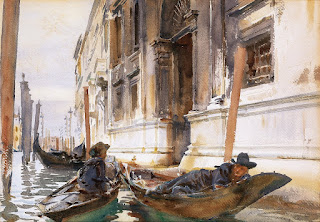 His most rich, vibrant, and spontaneous pieces, where the presence of color and energy of light become foregrounded, appear in these watercolors of his.
As a venerated artist of his time, Sargent “had the triple approval of fashion, influential artists, and professional academies” (117). Regarded as a modern-day master, a modern Velazquez, Sargent became the portraitist to see, if one wanted to take “one step ‘essential to immortality’” (124). He worked for people from university presidents to royalty and national presidents, with clients including Lady Elizabeth Bowes-Lyon, Winston Churchill, and Theodore Roosevelt. With the advent of modernist art which Sargent displayed little significant interest in, however, Sargent’s status as “artist” – beyond his “inborn talents” which even the most critical critics acknowledged – fell out of favor (117). The artist’s “genteel aesthetic” (133) was attacked and buried by progressive critics in the 1930s, who, while ridiculing “‘the most adroit appearance of workmanship, the most dashing eye for effect’,” championed the “fresh” ideals of modernist art. Only since the 1960s did interest in Sargent revitalize. Although his art was forgotten in the hype of modernism, Sargent is now receiving his fair due as an artist in every sense of the word. Not only do his pieces fetch prices beyond what even he had seen in his day, they continue to stand as remarkable pieces of talent, studied draftsmanship, and complex, human personality – which is why I have chosen him for this report. 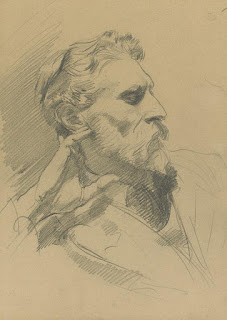 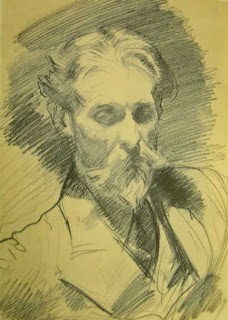 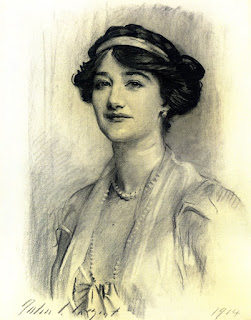 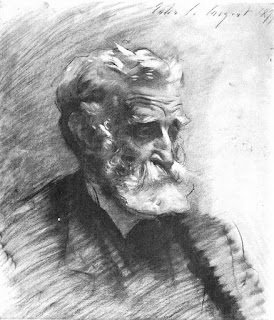 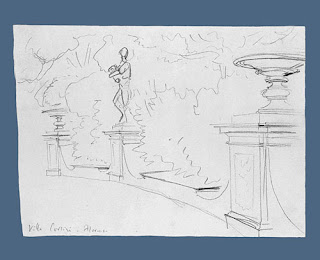 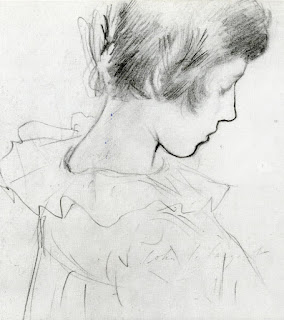 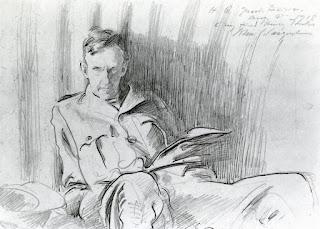 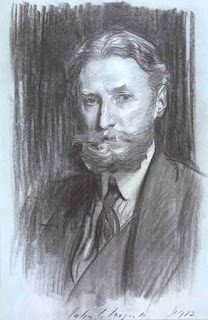