Les Clark was born in Ogden Utah in 1907 and lived there until his high school years when he and his family moved to Los Angeles. Just a few days after graduating, Les began working for Walt Disney. He joined the ink and paint department in 1929 and did work ‘inbetweening’. In the animation world, this is where intermediate frames are drawn to make the motion seem more fluid. Les was a key player in creating the character of Mickey Mouse starting with the first film ‘Steamboat Willie’. 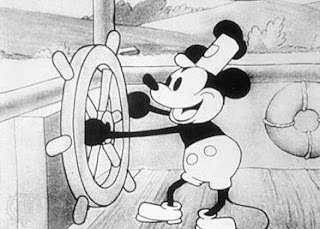 Image from the first appearance of Mickey Mouse in 'Steamboat Willie'

Les continued on in his career at Disney animating and directing on over 20 features which include “101 Dalmatians,” “Dumbo,” Cinderella,” Alice in Wonderland,” “Peter Pan,” and many others as well as over 100 shorts. Throughout his career Les’ characters were unmistakable, many being staples of childhood films and shows.

Les Clark is considered to be one of Disney’s “Nine Old Men”. Walt's Nine Old Men were a core group of supervising animators who created Walt Disney Studios' most famous work where he and the other eight animators pushed the art farther than it had ever been before making cartoon animation a viable and more respected medium for movie making and story telling. As Frank Thomas and Ollie Johnston recalled in their book Disney Animation: The Illusion of Life, “Les quietly went ahead perfecting what he did best, constantly at art class working hard to improve and learn. There was much admiration for this quiet, thoughtful man, who came in with no art background yet through sheer determination and desire not only kept up, but helped advance the art with his refinements of many fundamentals.” 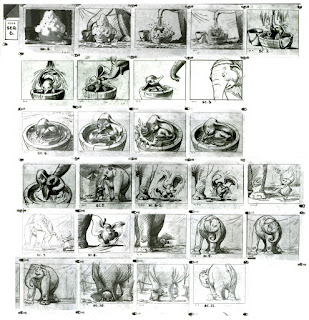