In recent years, as photography and other digital mediums become more advanced, the art of fashion drawing has been put on the back-burner. You find fewer and fewer fashion illustrators who make their living through drawing fashion, as a lot of art has gone digital, and many illustrations are created on the computer or a drafting tablet. One prominent example of the decline of fashion illustration can be seen in the illustrious fashion magazine, Vogue. From its inception until the 1930's, Vogue was known for its celebrated illustrated covers: 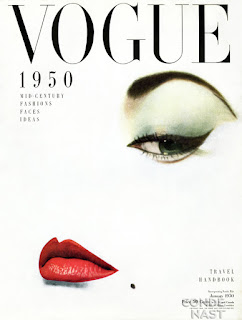 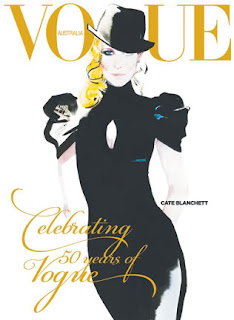 But in the late 1930s, Vogue began to replace their illustrated covers with photographic images, marking a major turning point in the fashion industry. 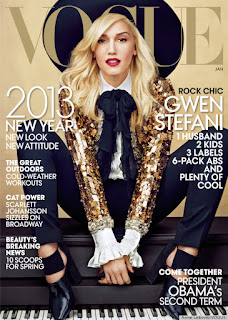 And yet, drawing is something that will never go out of style. Despite the prevalence of computer illustration, the need for hand design will never disappear completely. Some people have even described fashion illustrations as "showing the presence of hand" and being a "visual luxury". Even though magazines like Vogue may not need illustrations in lieu of photography, there is something captivating about organic art. For instance, illustrations can stretch the viewer's mind by exaggerating or introducing elements of fantasy in ways that are impossible for cameras. Laird Borrelli, the author of Fashion Illustration Now states:

"Fashion Illustration has gone from being one of the sole means of fashion communication to having a very minor role. The first photographic cover of Vogue was a watershed in the history of fashion illustration and a watershed mark of its decline. Photographs, no matter how altered or retouched, will always have some association with reality and by association truth. I like to think of them [fashion Illustrations] as prose poems and having more fictional narratives. They are more obviously filtered through an individual vision than photos. Illustration lives on, but in the position of a poor relative to the fashion."

Here are some great examples of fashion illustrations/illustrators, who have built up a following on social media, such as Instagram: 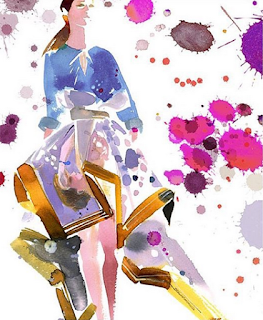 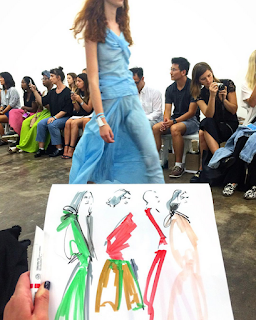 @travelwritedraw
This artist uses a variety of illustrating mediums, from colored pencils to paint and more, to showcase a variety of looks- runway pieces to the celebrities sitting in the front row. 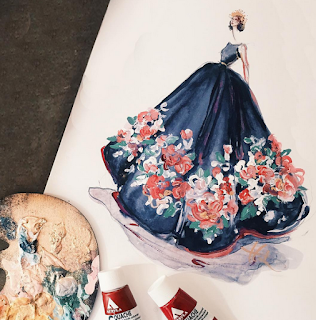 @paperfashion
This artist has a penchant for using very interesting and varied materials in her illustrations- watercolor, sequins, beads, lipstick, and even leaves. 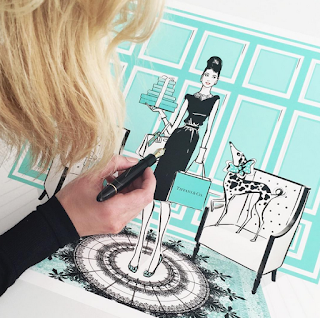 @meganhess_official
This artist works with a client list including Chanel, Dior, Tiffany's, Prada, and more. She brings fashion to life with feminine and glamorous illustrations.