Andy Warhol is one of the most well-known artists of all time and has been one of my favorites since I was a child.  One may think that I am taking the easy route by writing this post on the famous Andy Warhol, but he truly is the most intriguing artists in my opinion. I was born and raised in Warhol's hometown of Pittsburgh, Pennsylvania, which explains partially why I have always been drawn to his work.  I have visited the Andy Warhol Museum many times and have thoroughly enjoyed it with every visit.  Warhol's work is unique and it distinguishes him from all other artists.  Many of his artwork has greatly impacted pop culture, some of which include Before and After, Cambell's Soup Cans, Marilyn, and many more.

Warhol had an interesting childhood that can partially explain for his eclectic artwork.  Warhol describes his childhood home as "the worst place on earth. On another occasion he remarked that being born was like being kidnapped and sold into slavery" (Indiana, 4).  His father was never around and died when Andrew was just 14-years-young.  Author of The Can That Sold the World, Gary Indiana, mentions that Andy was the problem child in his family.  Andy was controlling and manipulative towards his family, he faked illnesses, and refused to do anything he did not want to do, yet he had artistic talents like no other.  He struggled with school as a young boy but ended up attending college at the School of Fine Arts at the Carnegie Technical Institute, rather known as Carnegie Mellon University today.  Andy’s work in college was unconventional and oftentimes stirred up controversy, but nonetheless, the technicalities of his work were intriguing.  Warhol moved to New York City and had an early career in advertising and became a sought after graphic illustrator for big-time magazines.  Andy’s style of artwork took the role of Pop Art.  Warhol eventually became a star of pop culture with his avant-garde artwork. Eventually he created his own print-publishing company called the Factory.

In 1961, Warhol created a piece of work titled, Before and After.  This piece of work displays a before and after picture of a woman. On the left side, the woman has a very large nose, and on the right side the woman is shown post-plastic surgery with a much smaller nose.  Warhol transformed this piece of commercial art into a work of high art.  Before Warhol, this piece would not have meant much. Before and After was the start of a cultural revolution. 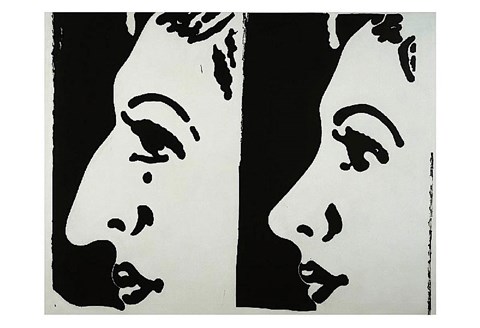 A few years later in 1962, Warhol exhibited his Campbell’s Soup Cans.  Andy had his mother purchase all thirty-two varieties of Campbell’s soup cans, and he began this work of art by drawing out the cans.  The final paintings were made by hand and are often described as “portraits” (Indiana, 84).  Warhol’s Soup Cans is one of the most widely popular works of Pop Art ever created.  Soup Cans was such a huge success, that Warhol even began printing this artwork onto dresses, which were worn by high society women in New York City. 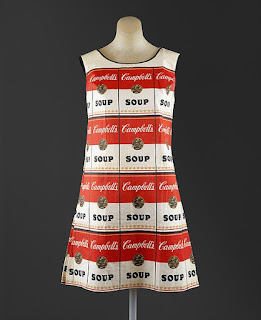 Another one of Andy’s work that has been reproduced onto articles of clothing is, Marilyn.  Warhol’s prints of Marilyn Monroe were printed on a dress made by Gianni Versace.  The dress is of such importance that it is displayed at The Metropolitan Museum of Art in New York.  Warhol made 10 Marilyn portraits that varied in colors. 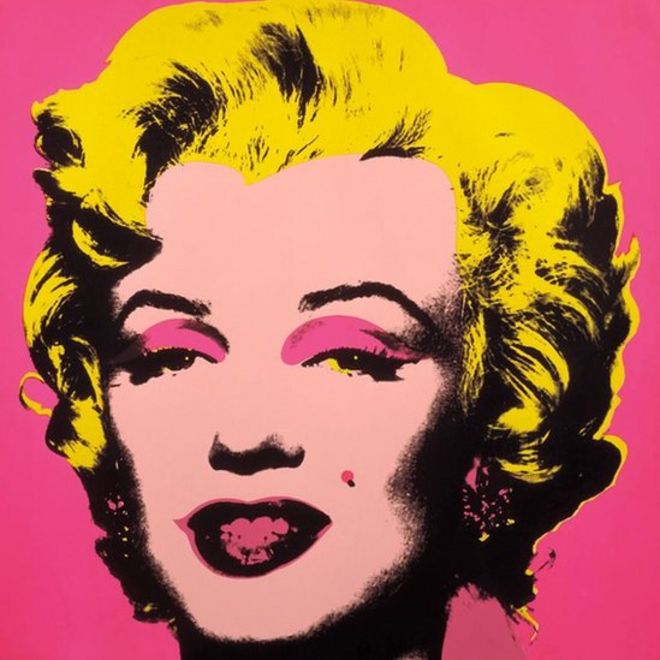 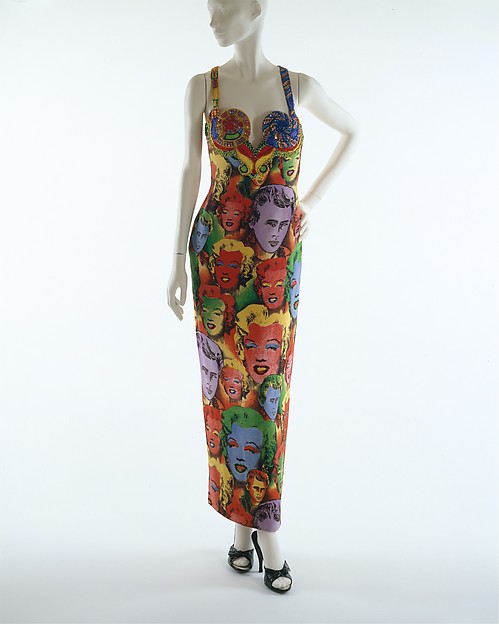 Warhol took people and or objects already in existence and transformed them into high fashion works of art.  I love the effect that Warhol's work had on the fashion industry. Today, many of the top fashion designers in the world use popular culture as influences for their designs.  Warhol has inspired designers like Jeremy Scott of Moschino whose designs capture details of pop art.  Andy Warhol made everyday things and turned them into identifiable works of art.  Although his artwork is kind of strange, I personally love it.  I would love to hang a piece of his work in my apartment, but unfortunately I don't think The Met or The Museum of Modern Art in NYC would let me have one.