On Leanne Shapton by Jenny Changnon

I first came across the work of Leanne Shapton when I was browsing aimlessly through the bookshelves in my neighbor’s home. The bright, aqua blue of the spine of a book called Swimming Studies caught my eye, and I was instantly curious. I flipped through it quickly and put it back because I had to leave. Cut to almost six months later, and I am once again browsing through a library, this time Lily Library, where I spot the same book. I pull it out and this time start looking carefully at its illustrations and watercolors.

I don’t know why Shapton’s work speaks to me as strongly as it does, but I find it hard to look away from. There is something so haunting about her watercolors, some featured below, that seem to me melting off of the page. Maybe it is because her drawings feel so precise yet vague. Her work is often accompanied by her own words, but the drawings and watercolors are powerful enough to stand on their own.

Leanne Shapton is an artist, graphic novelist, and art director from Canada who now lives in New York. While she makes a living today as an artist, she originally a competitive swimmer who trained for the Olympics in 1988 and 1992. She attended both McGill in her native Canada and the Pratt Institute. She interned for both SNL and Harper’s before she had her first chance to art direct the daily Avenue page in the National Post. She went on to become the art director for The New York Times Op-Ed page for a year and she continues to contribute to the publication. She co-founded J&L Books in 2000, a publisher of artists’ books. Her book Swimming Studies explores how her background as a swimmer has informed her process now as an artist, and how the rigorous training affected her psyche. It is a full-fledged novel (it won the National Book Critics Circle Award for Autobiography), but its most affecting chapters consist of just drawings and illustrations.

In this excerpt, she draws watercolors of the various pools she has swum in.

Here, haunting images of someone swimming. It is as if there is no definition between the body and the water, as if they become one entity.

One chapter focuses on portraits of former teammates. Her memories are distant, and the portraits’ faint details reflect this.

Her first book, Was She Pretty? consists of line drawings of various men and women. The book is about women and men she has had relationships with and what it means to be in love in the 21st century. 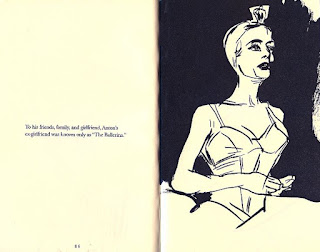 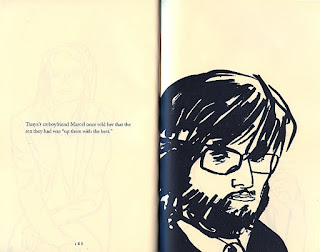 The following drawings come from Shapton’s extensive work with the New York Times. As part of an ongoing series entitled “A Month Of…..,” Shapton’s illustrations of items she had found at flea markets and tag sales were featured during the last week of every month. Shapton is drawn to the mundane and everyday in her work, and her “A Month Of…” series is proof of that. 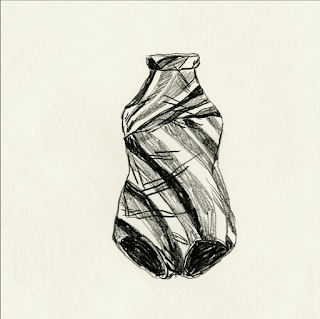 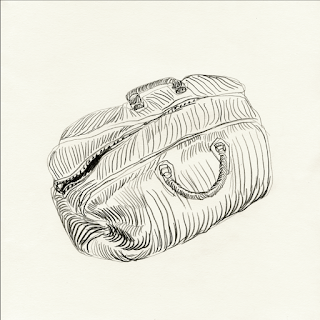 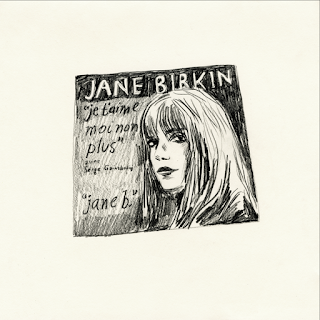 Other subjects of the series include trees she finds on “Sunday Walks,” people she sees on “Thursday Nights Out” and “Sunday Night Movies,” which became the subject of a book she released 2013.

With Sunday Night Movies, she painted scenes from classic movies, another passion of hers. 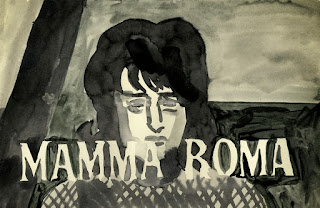 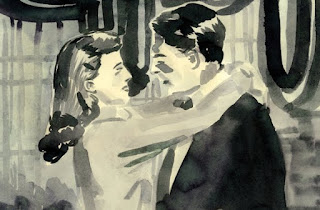 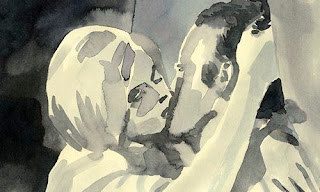 What I like so much about Shapton’s work is she takes every objects and makes them hauntingly beautiful. From pools to classic film, she takes things she cares about and incorporates them into her art. Her art may not be displayed in museums, but her art books are tomes that make you stop and look closely and provide brief moments of meditation.