In the world of modern fantasy art, there is almost no one to rival Brian Froud. An artist, conceptual designer, and costume designer, Froud has greatly influenced both the fantasy art world and other realms of media (such as animation and movies) through his famous designs. Some of his well-known collaborations include work with Jim Henson on films such as Labyrinth and The Dark Crystal and a New York Times bestselling book, Faerie, published jointly with Alan Lee, the famous Tolkien illustrator. 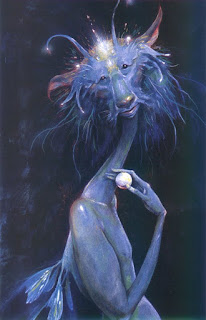 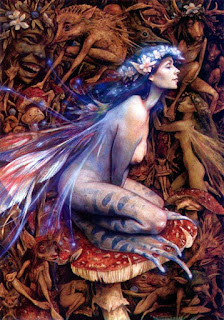 It would be a disservice not to mention the other creatives of the Froud family: his wife, Wendy Froud, is also a renowned fantasy artist, specializing in doll making and sculpting—her most famous creation is Star Wars’ Yoda. Brian Froud’s son Toby (who played the baby of the same name in Labyrinth) followed in his mothers’ steps and became a puppeteer and puppet creator.

Brian Froud’s illustrations utilize aspects of the real and unreal, combining sometimes grotesque, sometimes charming fantasy aspects with elements of human or animal anatomy. His preferred subjects are faeries, whether horrible or beautiful: they are spirited, enchanting “creatures of ivy, oak and stone—born out of the British landscape, as potent, wild and unpredictable as a force of nature” (Windling). Froud’s illustrations are colorful, full of movement and extreme detail; they portray not only fantasy subjects but also convey a certain mood through their color schemes, settings, media, and variety of tone. The juxtaposition of otherworldly with commonplace succeeds in making the familiar become weird and strange to the viewer. In the examples below, the positioning of figures, facial expressions, color choices, and mixture of human and inhuman traits all work together to create unparalleled character design. Frequently, Froud chooses contrasting colors and plays with light as a part of his creations, which causes some of the otherworldly feel of each work. At the same time, due to Froud's grasp of facial and body expressions, many of his paintings contain humor and very human sentiment, even in strange environments. In the body of Froud's work, his many books often are centered around a certain theme, showcasing his artistic flexibility and ability. 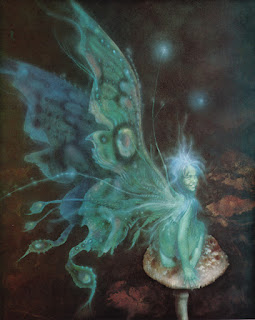 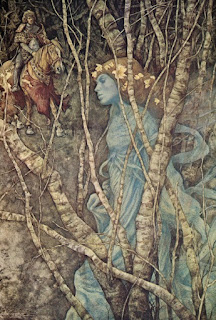 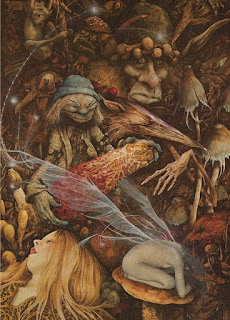 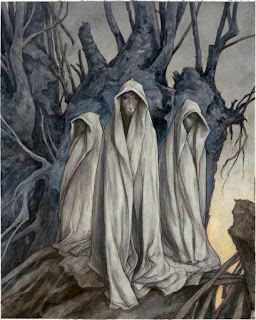 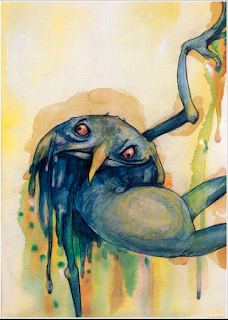 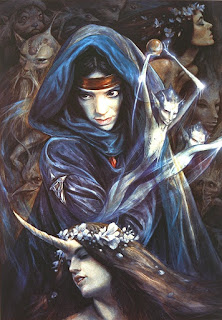 Posted by Alexandra Premont at 10:10 PM