I was initially drawn to Enzo Cucchi’s works by the superficial simplicity of his drawings. However, with an additional few seconds of appraisal I found myself very puzzled by the drawings that I had originally judged to be fairly modest. Each piece is made up of only a small handful of elements, more often than not arranged in an unusual manner that seems to portray a hidden meaning that is difficult to decipher. This, combined with several elements of nature was very compelling to me and is why I am delving into Cucchi’s history and motivations. 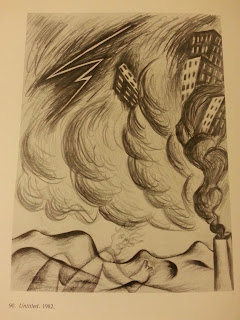 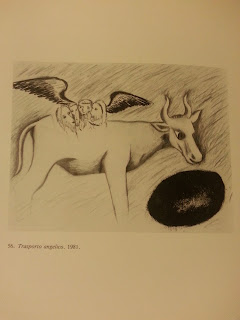 Born in 1949, Enzo Cucchi is an Italian painter and sculptor with a vivid interest in poetry. He has experimented with a number of artistic techniques such as mosaics and ceramics with success, though his most recent works have tended towards sculptures. His artwork has been internationally recognized in a number of exhibitions in prominent galleries such as the Solomon R. Guggenheim Museum in New York and the Tate Gallery in London. 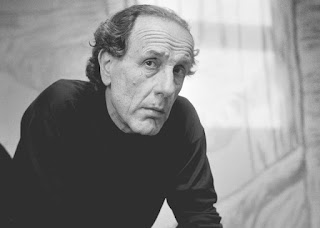 Cucchi is a crucial figure in the emergence of the Italian Transavantgarde, an artistic movement of neo-expressionism popular in Western Europe during the 1970s and 80s. Following World War II artworks were typically minimalistic and generally separate from emotion. The Transvangardte, its literal translation “beyond the avante-garde”, encouraged experimentation and creativity, with great emphasis on symbolism and the mythical. These are concepts that are present throughout Cucchi’s drawings.
Cucchi deems his drawings to be his soul; though many of his artworks remain untitled and unexplained, with an understanding of Cucchi’s values and interests we can enrich our appreciation of his illustrations. A lot of his works are black and white and typically in charcoal or pencil, lending an unrefined ambience that correlates well with the minimal constituents in his drawings. In accordance with the nature of Transavantgarde, Cucchi’s drawings are very figurative. A commonly occurring symbol in the drawings is the horse, ambivalent because it encompasses several meanings; both the potency of the Sun when it pulls the war chariot of the Sun God, and the strength of the moon when it characterizes the sea and chaos. The horse is a creature than rouses “feelings both of fear and of grandeur, of mystery and energy” in Cucchi. His piece “Il respire della battaglia” from 1982, ”Mysterious Breath”, depicts a horse with undulating lines emitting from its nose, the “breath” intermingling with crosses in the background. The respiration combined with the presence of the crosses makes allusions to the rhythm of life and death, in harmony with the lunar and solar qualities of the horse. 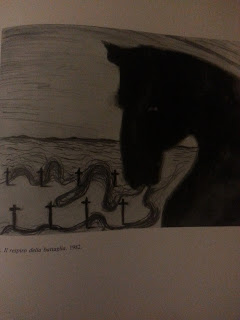 The tree, particularly a tall, slender cypress pine, is another leitmotif that frequents Cucchi’s drawings, a constant presence in the landscape around him and in the murals of many fourteenth and fifteenth century Italian painters. Cucchi gives the tree an angelic quality in a number of his works, in which they are crowned by halos and made saintly, for example in his 1980 piece “Tutte le montagne sono sante”, literally translated as “All the mountains are holy”. Their vertical positions are accentuated where they are often in the foreground of the piece, emphasizing their reaching for and closeness to the sky. In this sense, the cypress alludes to mans’ existence on earth as a journey to heaven. 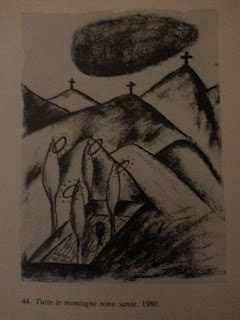 I appreciate the way each of Enzo Cucchi’s drawings require the viewer to think a little longer. A prominent instigator of the Transvangardia movement, the symbolism in his drawings adds another dimension to every image, which drew me in to try and understand the meanings behind them and further engage in the artwork.