An Unknown Yet Famous Painter

The profusion of writings on the blog has covered most of those notable painters, from Da Vinci to Warhol. As a layperson of fine art, I realized I could not find one painter that I had knowledge and that was not yet written on this blog.

However, I really wanted to add some novel stuff to the blog, and by chance, I recently came across some articles about Charles Bukowski, the American poet of lowlife. Then I found out that this poet and novelist actually painted a bunch of oil painting, and they are, in my eyes, surprisingly good, very much like the kind of painting one would expect visiting a modern art museum. Then I decided to write a post about Bukowski’s paintings.

These paintings are consistent with the general impression his style of writing. They are simple and coarse, chaotic and direct.

Most of his paintings I found are portraits, usually a single face occupying the whole canvas. He usually used 6*9 inch canvas, about the size of our sketchbook. He used “thick layers of acrylics, oil paint, watercolors, pastels, crayons, pens”… basically everything at hand, which reminds us of post-modernist bricolage. (zombieresearchsociety.com)

Although these paintings seem to be casual work, they actually are not. Although nearly no one remembers Bukowski for his paintings, he actually painted over a thousand pieces, indicating that Bukowski took these paintings rather seriously. After all, he was not a guy who just casually do something, whose tombstone is inscribed “Don’t try”. He also went to art school for a while, though largely self-taught. Bukowski stopped painting later, because of the publishers of his book demanded his work so as to took the joy [of painting] out of the process.

He did not exhibit his paintings but just used them in his books. Maybe he was aware that he was not a genius of painting as he was of writing. However, these paintings are still good work in themselves. And when juxtaposed with Bukowski’s poems and novels, these paintings are meaningful additions to the libertine's whole literature of poverty and reality and liberty. 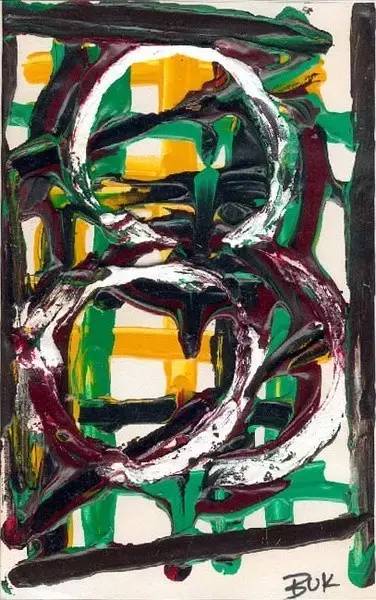 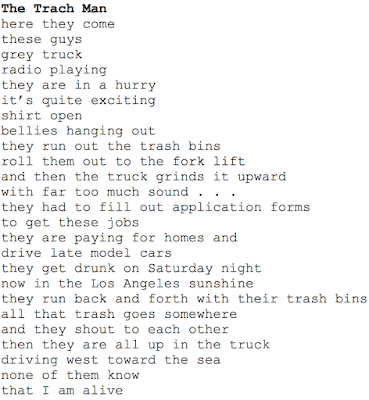 Note: Sources noted above are not included here.