Monet, Impressionism, & My Struggle to "Describe" Rather Than "Depict"

I’m sure Monet has been selected as the topic of blog posts many times before, but I hope to explain my personal affinity for certain works of his, and in the process communicate something about what I imagine to be the ideal relationship with drawing.
Last year I took a graduate neuroscience course on visual perception and the brain, and for my final project I wrote a research paper analyzing the relationship between the biological facts of the human visual system and the development of impressionist techniques. I chose the topic because I had been enamored of Monet’s painting of the iconic Japanese bridge in his garden in autumn; when I saw it at MoMA in New York, I was struck by the parallel between the autumnal season and the autumn of Monet’s life. When I began to ecplore the human visual system this became even more interesting; the fact that Monet had a severe cataract in his later life can be seen in the image and exaggerates his earlier impressionistic techniques. This is fascinating in light of how impressionist art inherently draws on features of the human visual system to create subjective reality out of objectively non-realistic artistic techniques. 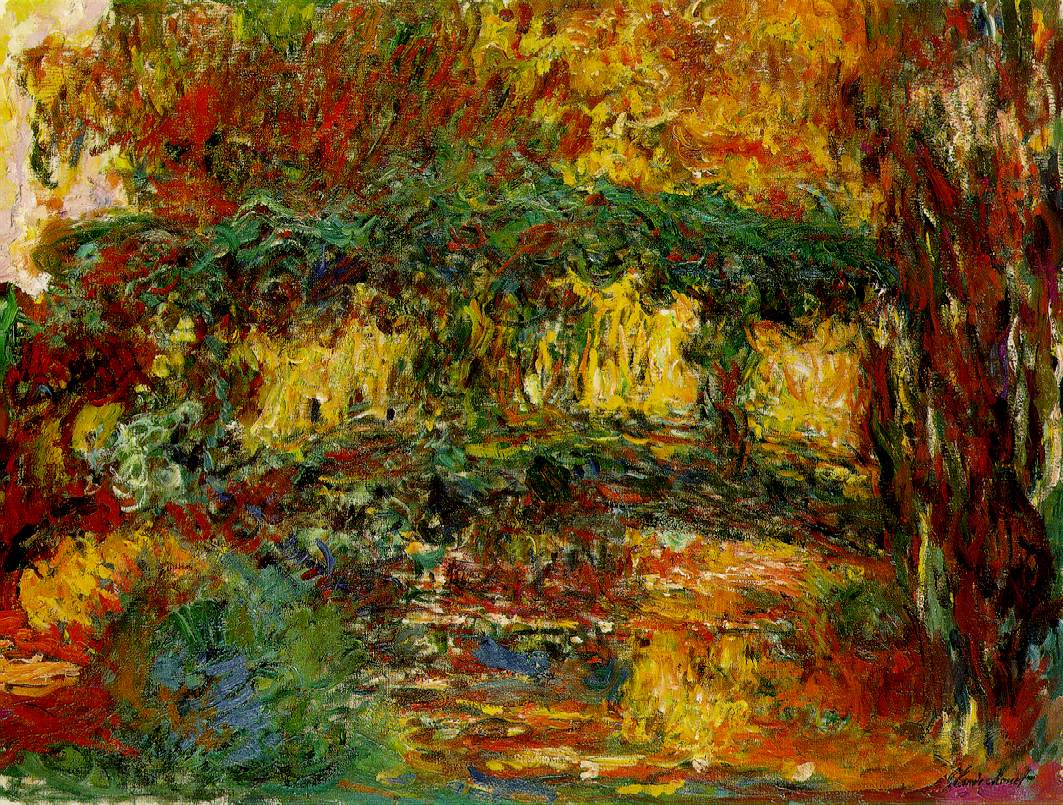 I also am particularly struck by his commitment to exploring temporality and seasonality. I think my own experience drawing would have been much less stressful if I had been able to understand the nature of objects and thus describe them, rather than attempt to painstakingly recreate. I think one of the true beauties of visual art is its ability to explore what we perceive ephemerally in permanent images. I was fortunate enough to have the chance to visit the Rouen cathedral that Monet painted many times over, and then some years later visited the installation of many of those painting in the Musee d’Orsay in Paris, which only made my admiration for Monet’s expressiveness that much greater. 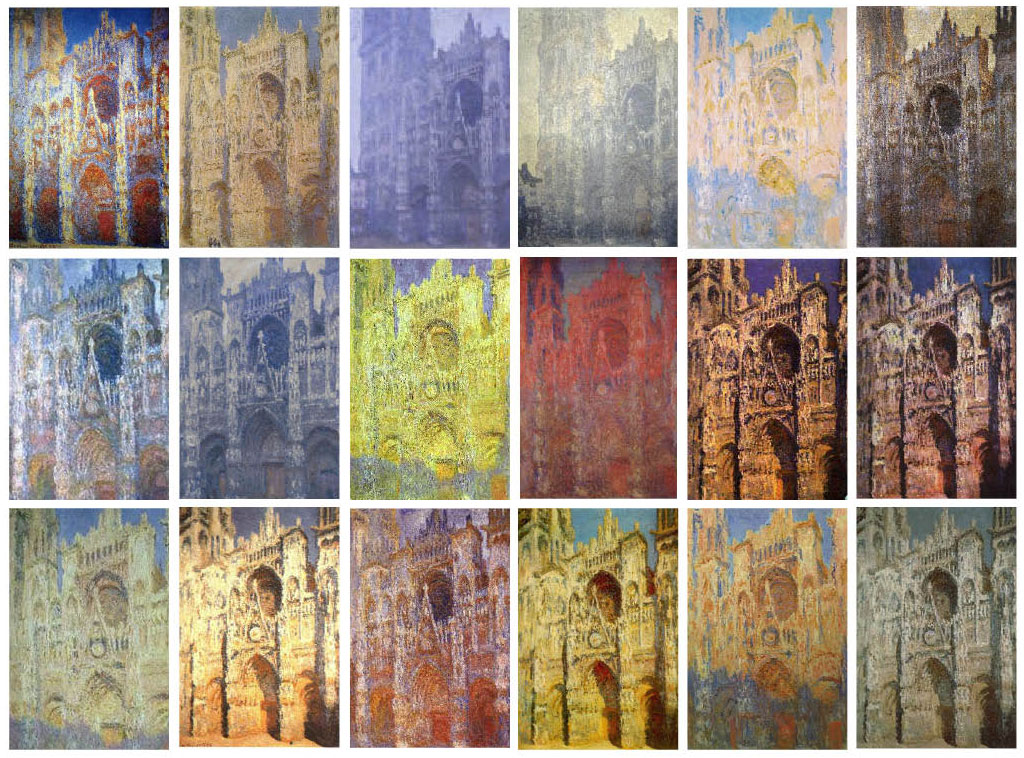 Despite the beauty we see when looking at Monet, one would hardly describe them as perfect. I think my own desire to recreate exactly what I see tends to thwart what could be a much more natural expressiveness that, while flawed, would make a more honest and interesting drawing. I need to learn how to trust what I am experiencing and my own ability to begin at a blank page and constantly revise rather than erase. Interestingly, Monet actually painted over the “first drafts” of many of his canvases, and I relate to that feeling of needing to start over. The difference is that Monet had the time and opportunity to devote tons of time to a faithful, almost ascetic study of individual scenes. In an effort to finish, I feel as though I constantly would forgo the trust in my own ability to express what I am seeing—to describe the objects—in favor of an effort to simply depict them, which ended up usually seeming more time-intensive in the end.

Posted by Lauren Forman at 7:21 PM