For my pieces, I decided against drawing what I had planned last week - which was the contrast in locations, such as NYC, before and after the affect of the coronavirus. The sketches I drew didn't have the impact that the virus is causing, so I went for a more personal focus. 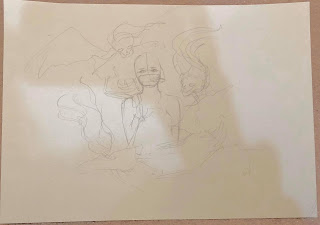 For this drawing, I was inspired when I went out to go shopping for my family. It's not only dangerous going outside, but when you get home your clothes could've been infected as well. It was a really scary thought, especially since I was so worried about infecting my parents. 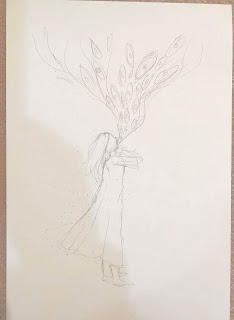 This drawing was inspired by a movie I had watched a couple weeks ago, which had scenes that explicitly displayed how far a virus could spread with a cough. It's not clear as I want it to be (I think it could be interpreted as either coughing or inhaling...) but it's a concept that I'd like to explore. 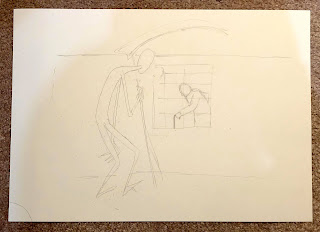 I drew this image since I have loved ones who are definitely well over 50, and it's so dangerous for them to go outside now. It's so easy for people to get infected too, and the corona virus is such a huge threat.

For the rest of my drawings, I think I'd like to draw more fantastical/exaggerated situations from the perspective of other people (such as doctors/cashiers/quarantined individuals).