Identity is a funny thing. What factors one considers as contributing to their identity and the weight of each are unique to every individual, yet we all exist in the same world, subject to the same influences. In a society dominated by the proliferation of images and media, it is impossible to ignore the impact that others’ perception of ourselves has on an identity that is nothing but our own. These perceptions have only multiplied as technology has become more omnipresent, and as such the number of artists who actively use art to confront their resulting struggles with identity has skyrocketed.

Some of my personal favorite artists who address the dissonance between their identities and those promoted by mainstream media are Fujiko Isomura and Siona Benjamin.

Fujiko Isomura was born and raised in Tokyo where she says "seeing [herself] as an individual unique woman was not necessary because blending in with others gains security within the society." Thus, it was a shock to move to America and be immersed in a society that, to an extent, praises individualism and personal development. Still, the American media has a tendency to overrepresent white figures and to withhold feminism from nonwhite groups. She is clever in the technique she uses to battle this phenomenon: to represent both her Japanese heritage and its norms along with her new American lifestyle and its norms, she combines the usage of computer-manipulated graphics and the application of gold leaf to imagery reminiscent of sixteenth century Japanese art. 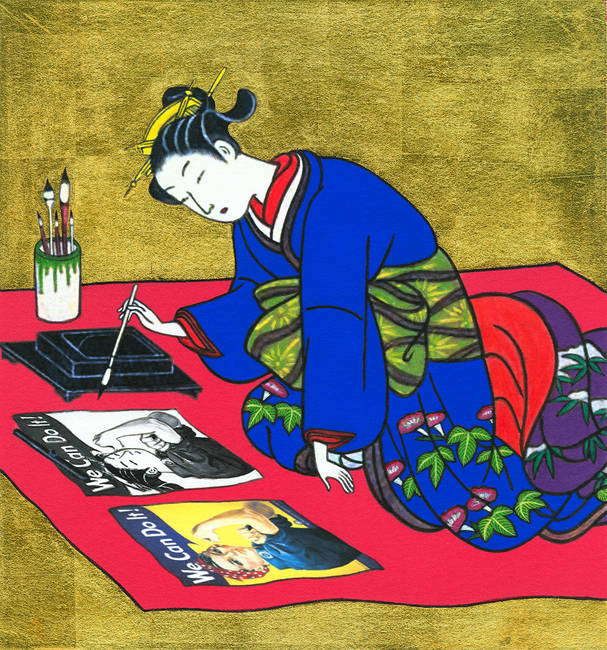 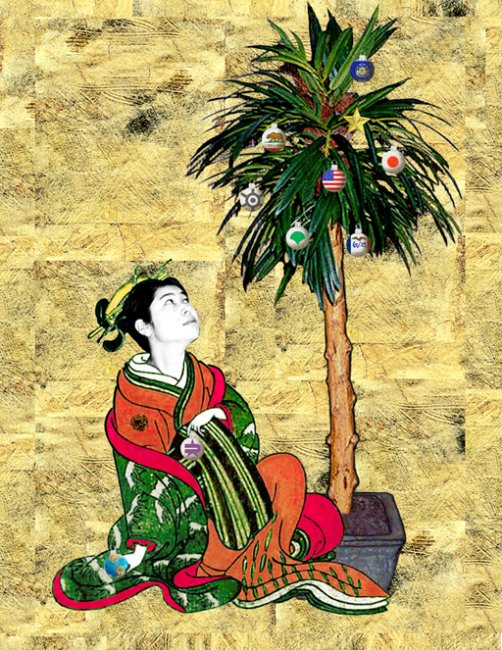 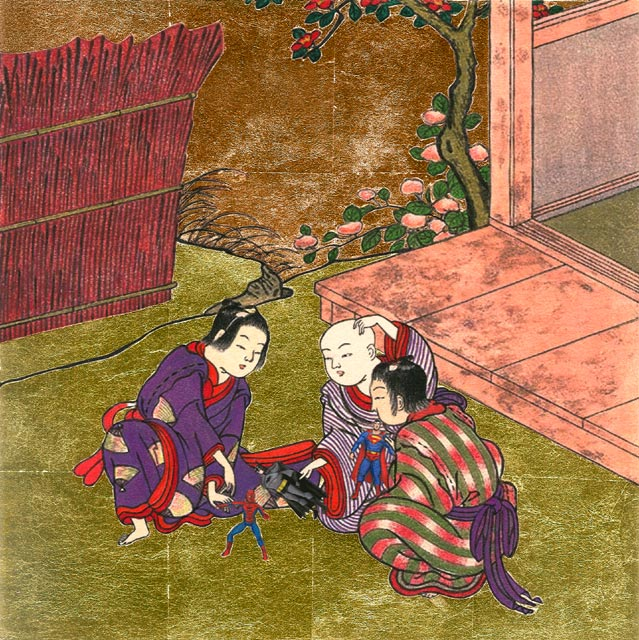 Siona Benjamin has an even more complex background: she grew up Jewish in Catholic Schools in Mumbai, a city shaped by Hinduism. The culture itself isn’t what Americans would consider respectful to women, and it was never appropriate to question why. Another immigrant, Benjamin found herself faced with a whole other history of social issues in the United States while carrying those she was raised around with her. Her approach is similar to Isomura’s: she maintains some traditional aspects of Indian art in her works, opting for miniatures. She also brings in classic Jewish symbolism and clashes it with Hindu symbolism. Her series “Finding Home” is an attempt to articulate the struggles she has had in searching for a total feeling of acceptance, and every decision she makes is intentional. A branch of this series focuses on a figure named Lilith. Lilith is a symbol of female empowerment as, biblically, she refused to submit to Adam and was punished accordingly. In Jewish legend, she is often viewed as a seductress, which adds another layer of allowance for feminine sexual expression. Lots of her figures have wings, a way to escape patriarchal pressure. All of her figures have blue skin, a reference to Krishna, an incarnation of Vishnu who embraces broad-mindedness and paradoxes; this decision also serves as a way to remove race from her figures. 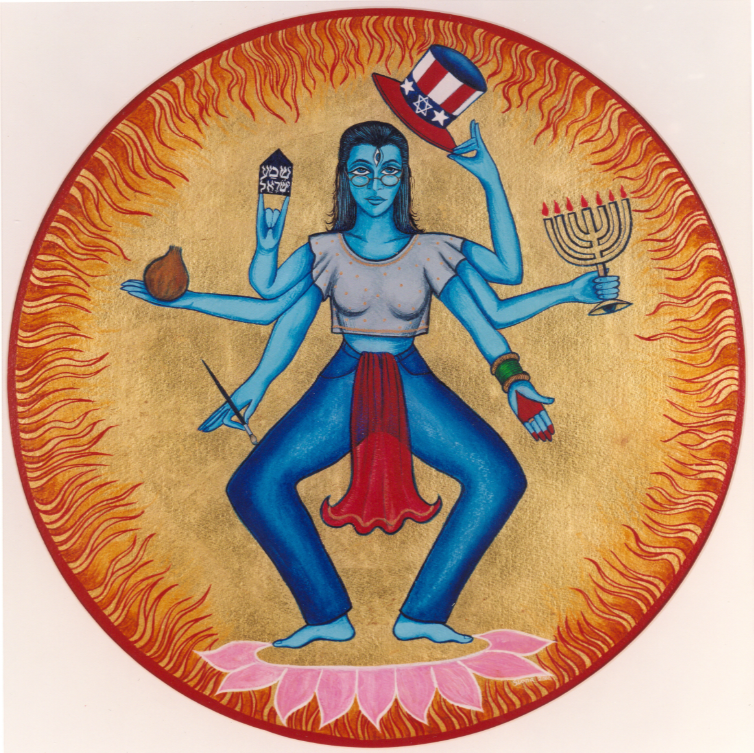 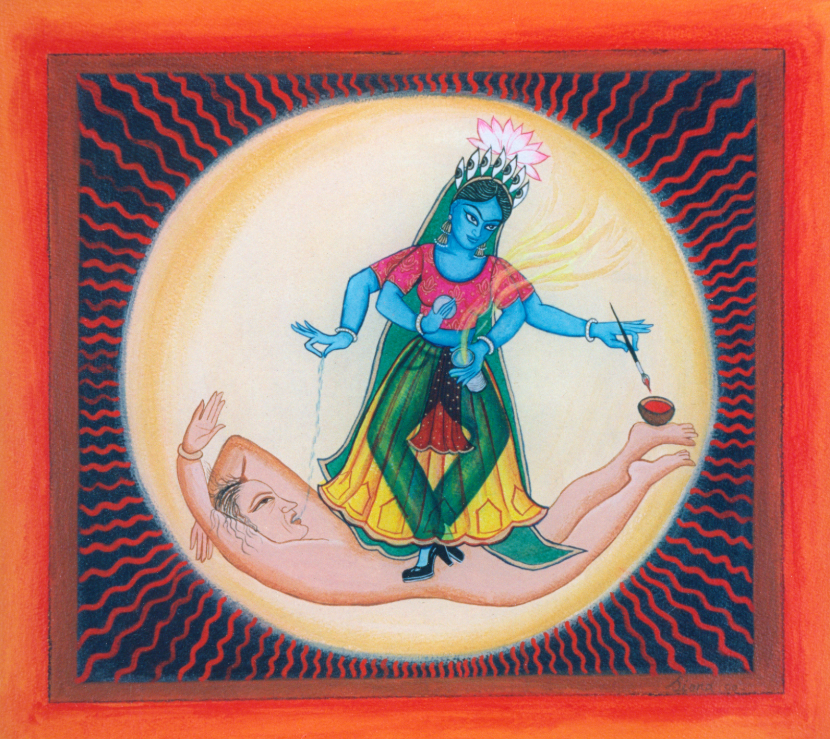 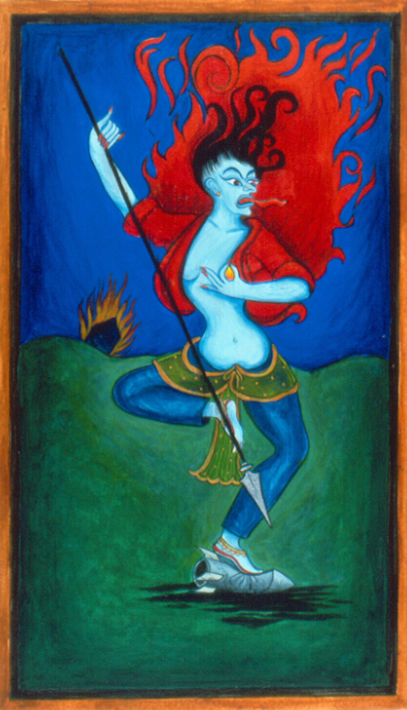 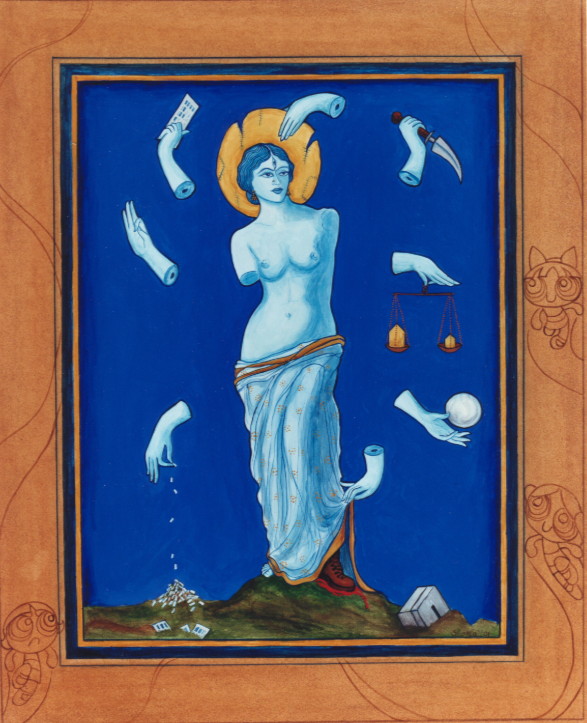