“What was the hottest investment in Chinese market in 2011?” “It was not stocks or apartments. It was art.”[1] The inclusion of contemporary art as an alternative investment strategy is appealing, especially in China where standard test schemes also support art students, leading to booming enthusiasm of learning art. However, contemporary art made its appearance long before this test reformation. To start this discussion, let us figure out what is contemporary art.

The word “contemporary” is always used in a relative position. Unlike the modern or post-modern art that is defined with a fixed time period with specific genres and styles, the scope of contemporary art can be either closer or wider from today’s time. It can refer to the connotation of the word “contemporary”, but what is so unique is the engagement of artist in a direct debate in the realm of art history.[2]

Prior to contemporary art in China, the late modern art in China serves Maoist idealism in form of combing direct imagery and propagandas, such as Big-character posters (dazibao); the notion of contemporary came to surface after the end of Cultural Revolution in 1978. 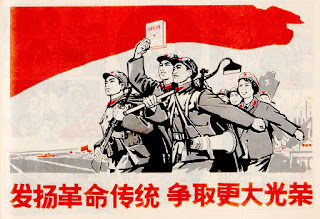 In the same year, the paramount leader of Republic of China Deng Xiaoping claimed to uphold “the free development of different styles and genres” and “free debate between different points of view and academic school.”[3] Released from political pressure, students and scholars voraciously consumed knowledge from the west and Japan, and began to explore new forms and theories in a global discussion. In comparison with Japanese term gendai bijutsu, China adopted the new term dangdai yishu (today’s art) to represent its contemporary art movement,[4] but the question remains: How shall Chinese contemporaries distinguish their work from the rest of the world, and how to interpret Chinese art within a global hierarchy.[5]

One of the good examples of successful Chinese contemporary artists is Xu Bing. He received his art education in Central Academy of Fine Arts in 1977, the first college student after cultural revolution. His work featured printmaking and reconstructive way of manipulating languages that represent indigenous Chinese calligraphy. 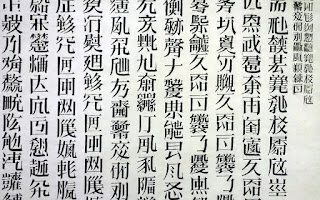 A Book from Sky by Xu Bing 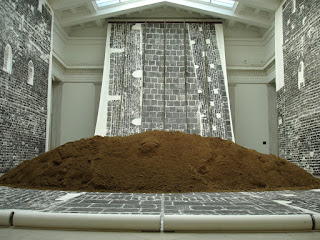 Ghosts Pounding the Wall by Xu Bing
Another famous contemporary artist is Ai Weiwei. He enrolled in the Beijing Film Academy in 1978 and studied animation. His played a variety of styles but languages he used carried his cultural experience and political intonations. Both artist’s work entered a discussion on the foundation of Chinese culture, history, and society, but went beyond the national boundary to target the root of humanity. Now, China is embracing more young artists and media. New art districts in Beijing and Shanghai will also support new blood in Chinese contemporary art. 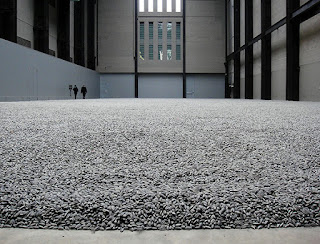