Alex Katz (born 1925) has been making art since the 1940s. He worked during the latter part of the modern art movement and then transitioned into contemporary art and is still producing art today at 94. In this post, I am going to focus on one of his more recent exhibits at the Timothy Taylor Gallery in London. I had the chance to see this collection in person last semester as part of a modern and contemporary art class I was taking. I didn’t have the chance to write about it then so I am taking that opportunity now.


The exhibit is called Coca-Cola Girls, and the paintings recall themes of the Coca-Cola advertising campaign in the 1950s as well as Andy Warhol’s Coke bottle pieces. Coca-Cola Girls is a exhibition of large paintings, all with Coca-Cola-red backgrounds. They feature the bodies of women in various poses. The painting that greets gallery-goers as they walk in is the only face in the collection. From afar, the skin is painted in two tones, and the girls are all dressed in white. Though the paintings look flat and solid from a distance, getting closer to the paintings allows the viewer to observe tiny variations in color, beyond the few main colors used. By doing this, Katz makes his work stand out from the pop art that it calls back to. The depth of the paintings is there, but must be sought out. Katz allows his viewers to interact with the paintings.


Katz’s paintings offer a modern perspective on the themes behind the original Coca-Cola advertising campaign that reinforced traditional gender stereotypes. There is no outright indication of the connection to Coca-Cola, but Katz uses the distinct “Coca-Cola red” in the background of his paintings.It is only because of the current ubiquity of Coca-Cola that the audience can immediately recognize the signature color. The figures, while obviously female, are not objectified as they were in the Coca-Cola adverts. Instead, they are both liberated and obscured. The women, as seen in Coca-Cola Girl 30, are positioned so that they are open to the viewers. 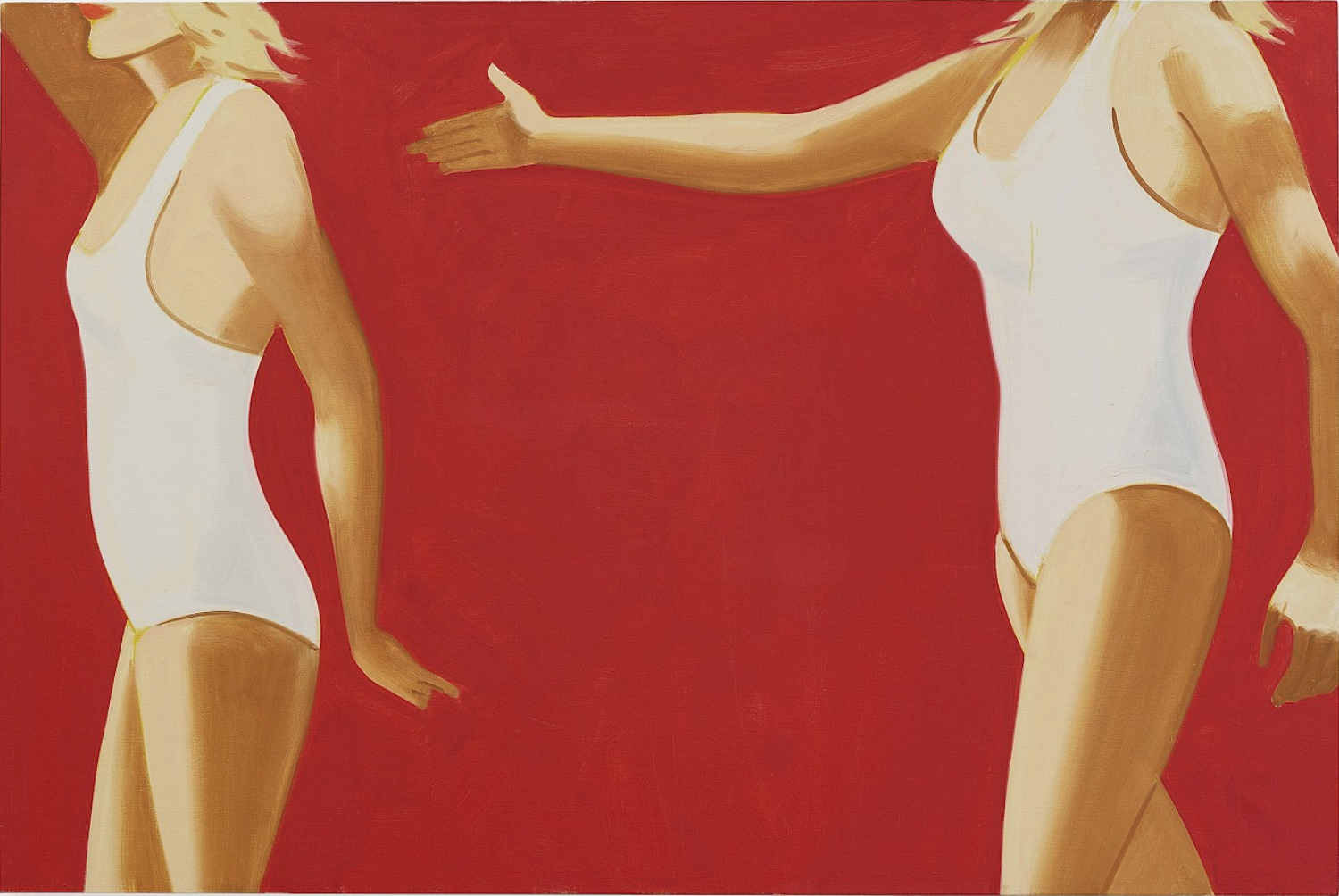 Their body language is energetic, emphasized by the flowing brushstrokes. However, their faces are not visible, making them simultaneously closed off. In just painting the bodies of the women, Katz calls back to the use of women’s bodies for advertising in the 1950s. Viewers are able to simultaneously see the connection to past advertising and women acting freely, which creates a tension in the piece. The complexity of the message makes his work a piece of contemporary art by constantly pushing the boundaries of how we view and connect to art.


In the Coca-Cola Girls exhibit, Katz addresses the ongoing issue of feminism and women’s rights in his paintings. The paintings can be subtle, and require the viewer to analyze them with some background knowledge on advertising history and popular public figures (the white leotards, for example, are based on Marilyn Monroe, and knowledge of Andy Warhol’s pop art pieces with both Coca-Cola and Marilyn Monroe help to inform the viewer of how these two things connect). Even though they refer to artworks and adverts produced during the modern art period, Katz reworks the themes from those pieces and presents them in a contemporary perspective, with the knowledge of current popular culture and also current social issues. Katz is a long-standing figure in modern and contemporary art, and this new exhibit is no exception to the thought-provoking work he produces.