A portion of Architect Antoine Predock's sketches have been collected by Christopher Curtis Mead in Drawing Into Architecture. These include some of his own architectural designs, but mostly the landscapes and structures he has encountered in his world travel.  He strives to translate the physical world with strokes and lines that capture the spirit of the subject. As stated in the introduction of the book, "drawings are instruments of understanding and intuition."

The following are some of his sketches along with my own comments. 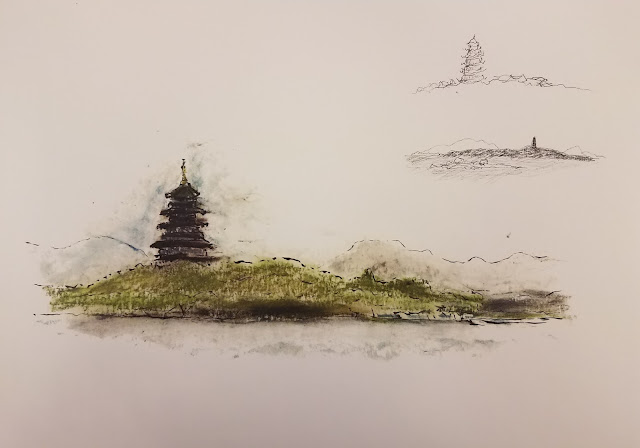 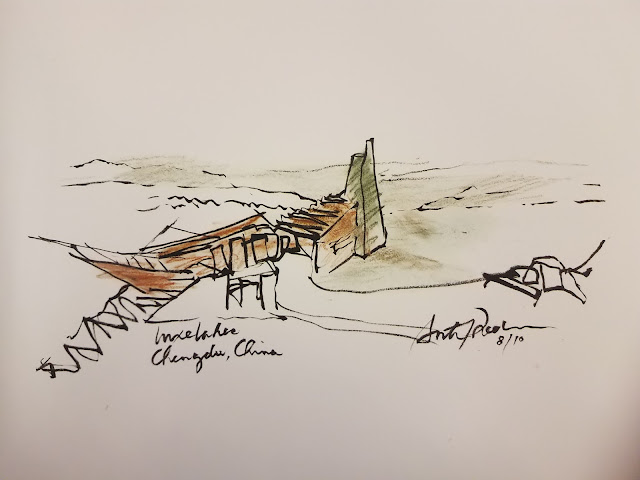 The three sketches above are all representations of China, but are drastically different in style and feel. In the first, there is an emphasis on the landscape, and the structures nestled within. The next is from an unnaturally high perspective, looking down on the structure and landscape as if in an attempt to capture the entirety of the scene in one sketch. The next sketch is much more detailed and technical, though the individual lines and elements are loosely drawn.
.
. 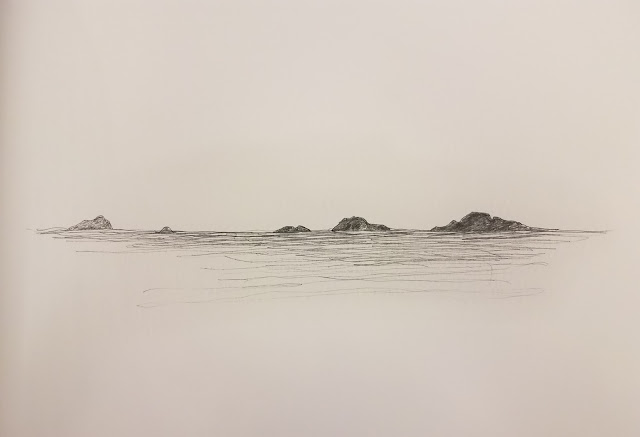 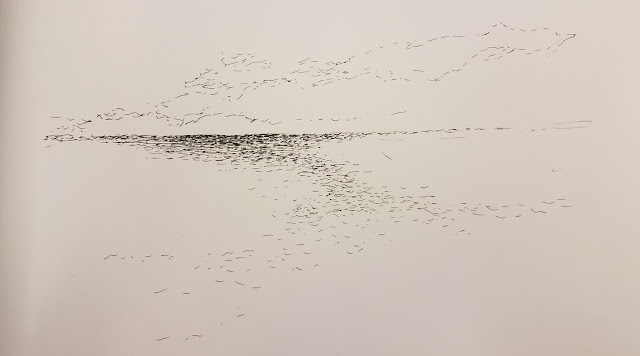 Mid-Atlantic from the Torm Agnete Freighter, 1962

Here are some examples of how he captures a landscape in a minimal way, having just enough line or depth to reveal the scene. The lack of information leaves room for viewers to fill in the space with their own feelings and thoughts toward the scene and landscape.
.
. 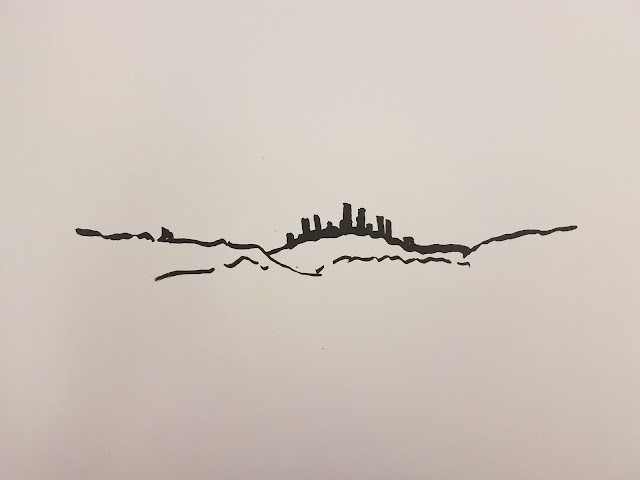 
Here, minimal use of line is seen again. The varying depth of the strokes simplifies the landscape. It functions as a visual note or abbreviation of a landscape that we can then recall in more detail from the depths of our own imagination.
.
. 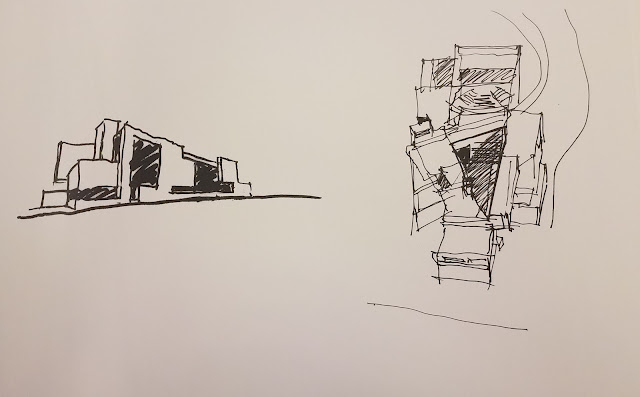 
It is interesting to compare the different ways he chooses to tackle a structure. In shifting perspective,  he prioritizes what is to be presented to the viewer.
.
. 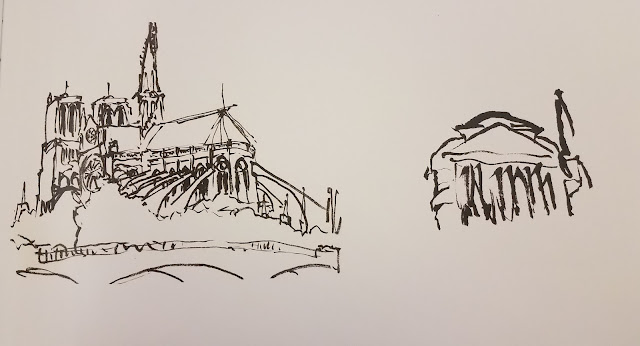 It is also interesting to see how at times he chooses to include detail and at other times just allows lines to give the suggestion of detail. Here, Notre Dame has much more information inserted into the piece than does the Pantheon. Yet, the Pantheon has more emotion attached to it as the lines present a sense of openness, giving more room for us to fill in with our own perception and imagination. 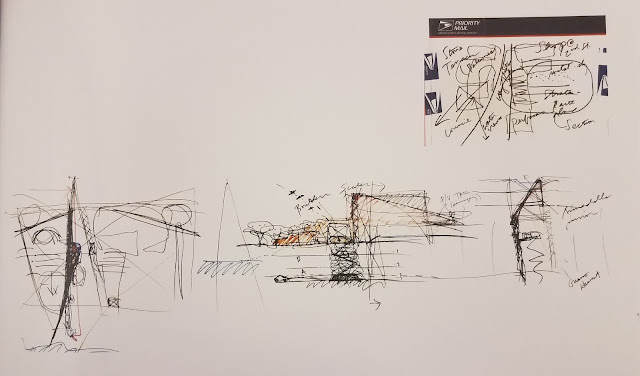 Sometimes he creates sketches with so few lies and detail it is abstract. At other times, ( as seen above ) he translates his surroundings onto the page in so much detail and complexity that the image becomes abstract. 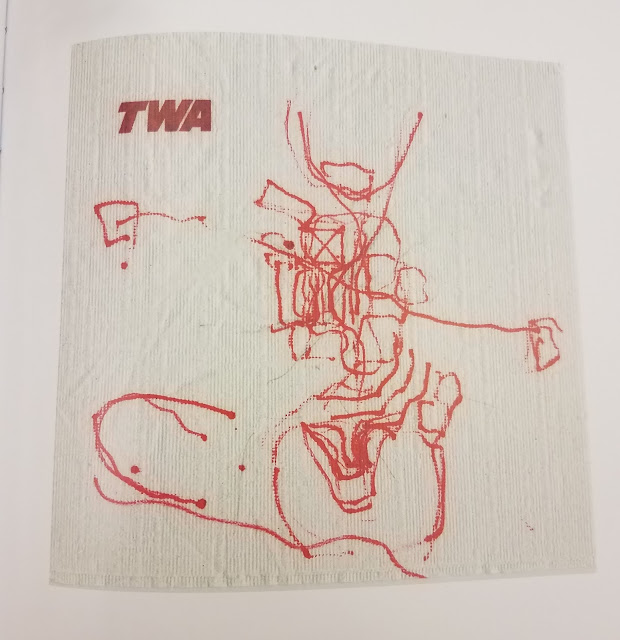 
Here, he again abstracts the scene to the point we could not guess what it is. However, the location given grants us enough context that we can now see the space as he saw it-- perhaps a line of chairs to the right that extend down a narrow room.
.
. 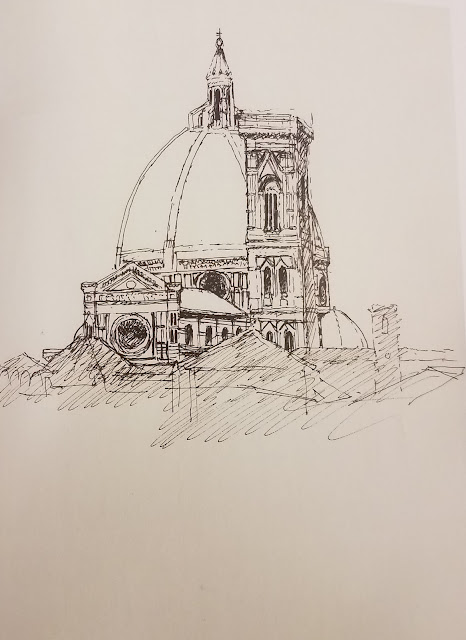 Though the last picture discussed needed the context of a location, Predock also has the capacity to draw a space with such precision that no context outside of the lines on the page is needed to know exactly what he is seeing. 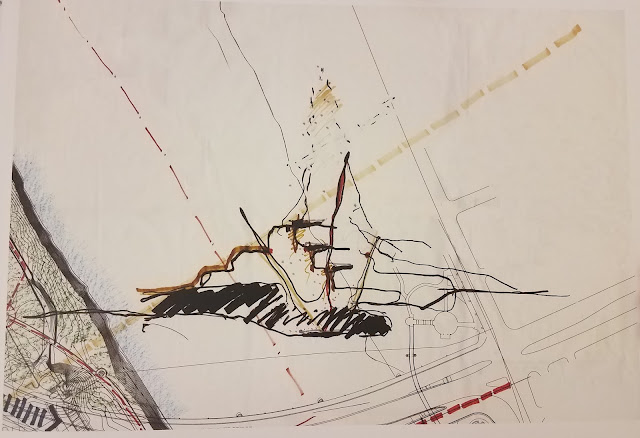 His duality in creation, his ability to abstract an image and to draw it with precision, can be see in this final image. There seem to be thoughtfully measured lines of roads and topography under a mass of abstracted elements of varying color and line weights.
Posted by adair jones at 4:30 PM