Julian Abele and the Firm of Horace Trumbauer
-Addison Winston

Introduction:
The line between an artist and a craftsman has always been thin but it’s implications have always been massive.  Where a great artist is thought of as a genius, a great craftsman might be described simply as skilled.  It is the same difference between an engineer and a technician.  A modern architectural firm will often have several employees trained at a nearby community college in the “industrial art” of taking the architect’s plans and putting them into CAD.  In an architectural firm before the advent of computers it was the job of draughtsmen to take an architect’s sketches and render from them blueprints and technical drawings which could be used by foremen and contractors to construct the building. 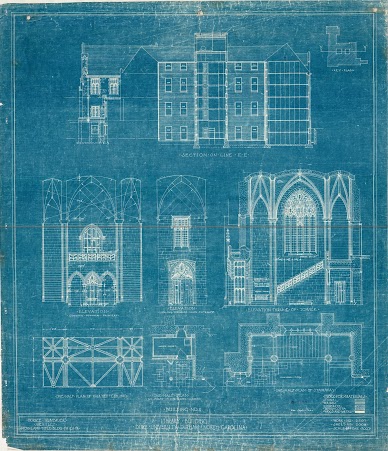 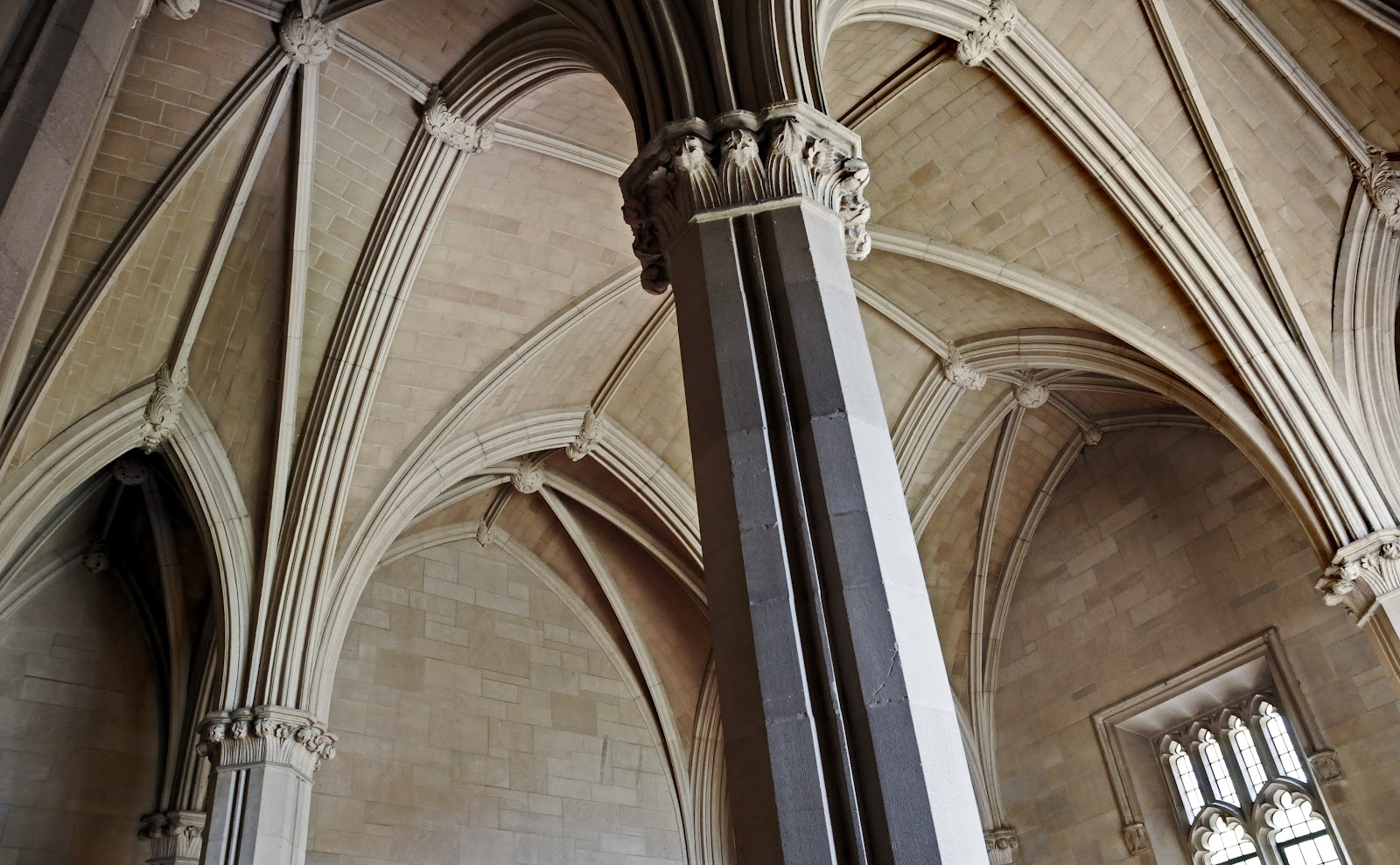 Because of the often minimal creativity required for the job of a draughtsman it is not a position frequently recorded as significant in the role of an architect’s work.  Evidence which has emerged over the past several decades suggests however that the head draughtsman of Trumbauer’s architectural firm, Julian Abele, spent much of the period between the 1890’s and 1940’s not just translating sketches into blueprints but designing many of the buildings which bear his employer’s name.  In the architectural world this is the equivalent of discovering a co-author of Shakespeare’s and giving joint attribution to each on all new editions of his work.  While this is extraordinary in many respects what is truly remarkable is that the man who designed many of the great mansions, universities, libraries, and civic monuments up and down the east coast would not have been allowed to enter the great buildings he designed because he was black. 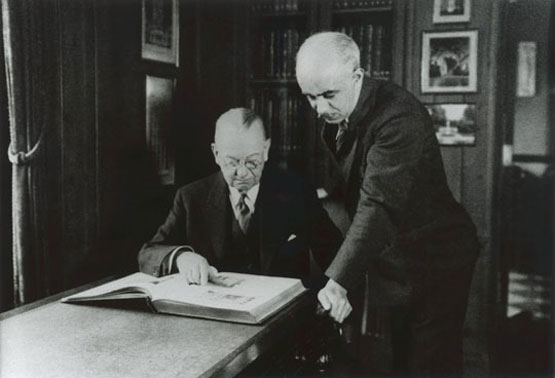 A great architect in his own right, Horace Trumbauer, even at his peak, perhaps exceeded more at high society gatherings than at the draughting table.  He was a well connected businessman, a man of extraordinary taste who demanded the best of those in the firm bearing his name, and he was courageous enough to hire the first black graduate of the University of Pennsylvania’s School of Architecture, a man by the name of Julian Francis Abele. 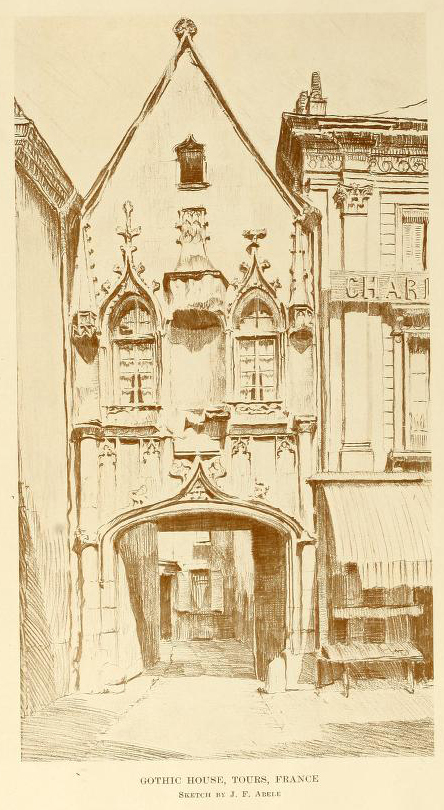 Gothic House in Tours, sketch by Julian Abele
While his time at Penn was distinguished and well documented it was followed by a period where Abele lived briefly in France from which little documentation survives.  Alternating claims that he attended or claimed to have attended L’Ecole Des Beaux Artes in Paris appear unsubstantiated yet sketches from this time in his life survive and show the early development of Abele as an artist, architect, and draughtsman in historic European Styles. 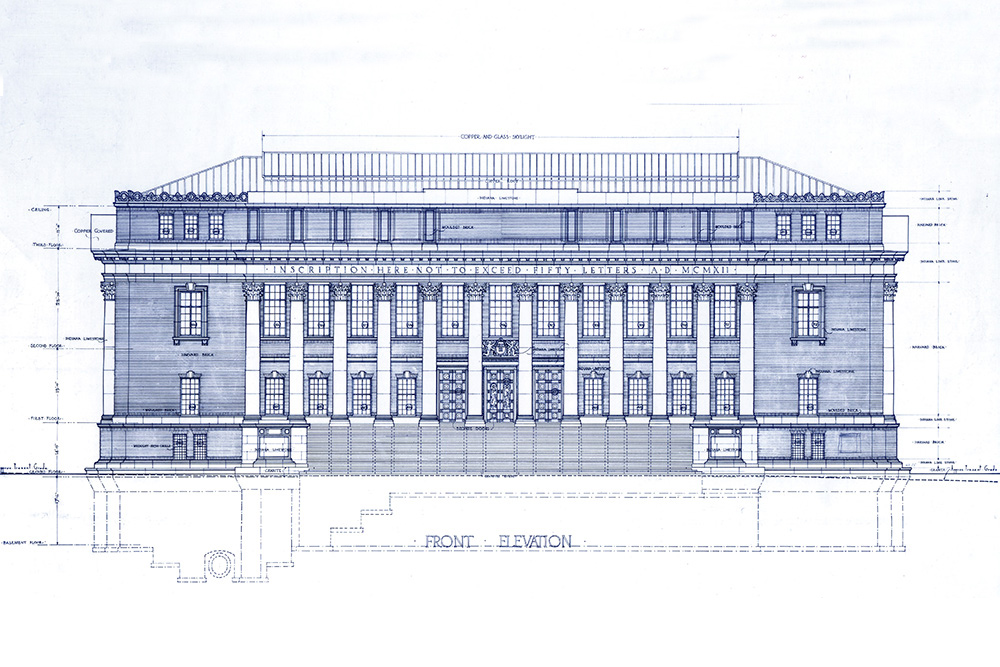 When Abele returned to the United States he defied the odds the world had set against him once again and began to work in the draughting department of Trumbauer’s firm, then perhaps the most prestigious in the nation and specializing in historic styles re-imagined for the modern world and the splendor of the gilded age.  Trumbauer designed “cottages” in Newport and mansions along Fifth Avenue for the tycoons of the era, but where the firm excelled was in civic monuments commissioned by the same families commissioning the marble palaces.  As Horace Trumbauer’s health declined this talented young draughtsman rose through the ranks to head the draughting department.  By the time the Widener family commissioned Trumbauer to design a new library for Harvard University the firm's best kept secret was that Trumbauer himself now signed off on buildings designed by Abele. 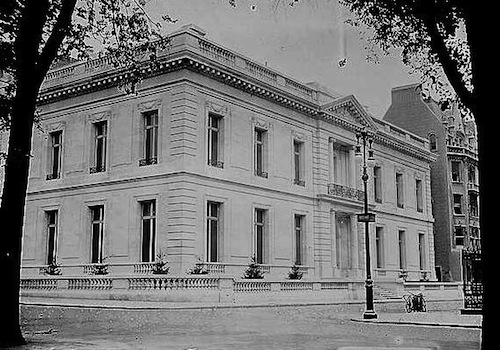 In the same way that an artist like Peter Paul Rubens is not viewed as a scoundrel for having an industrious studio it is important to remember that the same is true, often to a greater extent for many architects.  Recent recognition of Abele should not come with the degradation of Trumbauer but rather should be a celebration of a newly discovered great man’s previously unknown accomplishments. 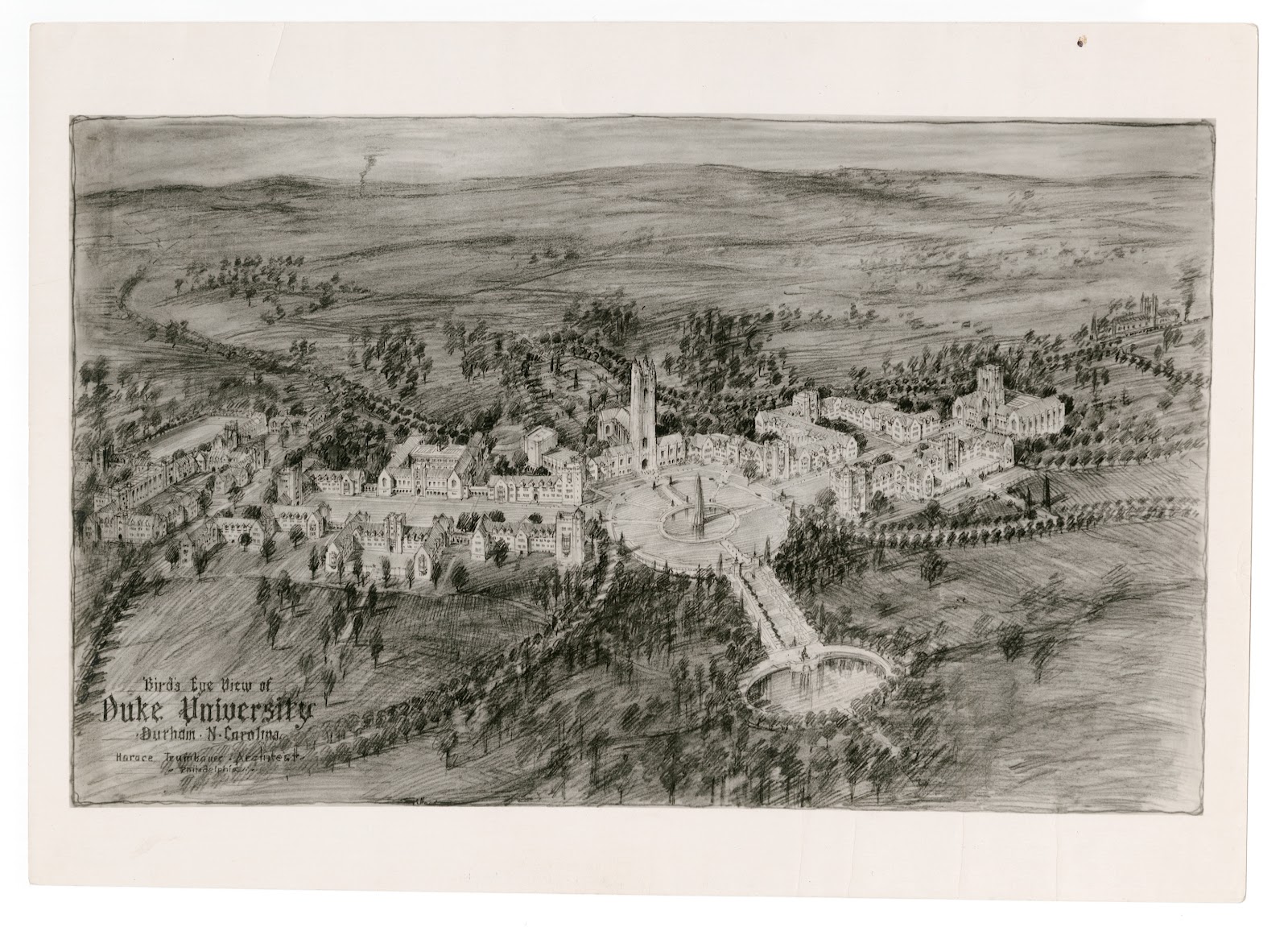 Among the great mansions commissioned by Trumbauer, one along New York’s Fifth Avenue was built for an industrious North Carolinian by the name of James Buchanan Duke.  Mr. Duke was so impressed by the work that when he endowed Trinity College as Duke University he personally selected Trumbauer as the firm to handle the work.  Over the course of his life and career the only building for which Abele openly took credit was the Duke Chapel.  Due to the all white policy of the campus and violently enforced segregation in the south, Julian Francis Abele would never see it. 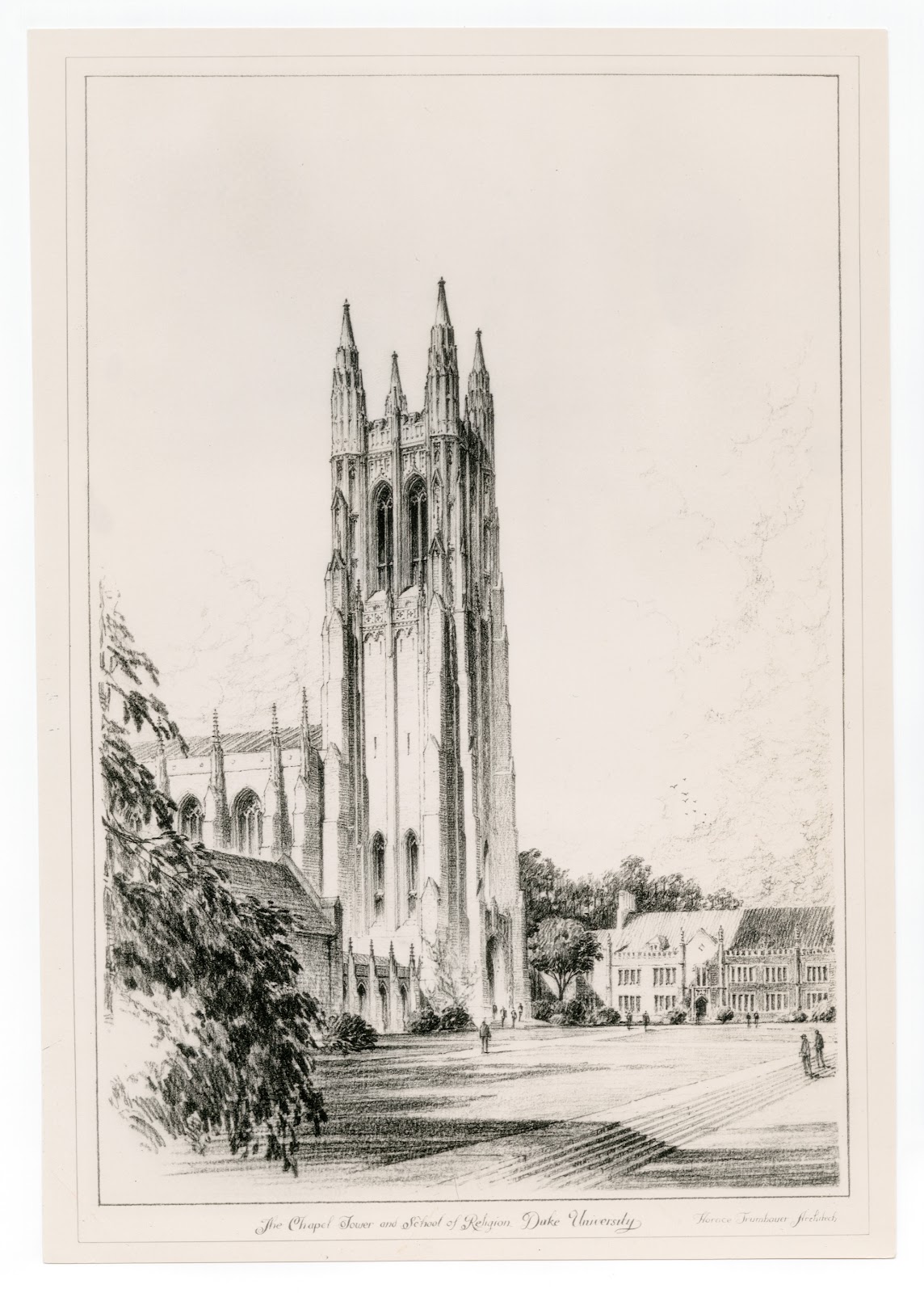 Duke Chapel, Julian Abele
High resolution images of sketches and work by the Trumbauer firm lead by Abele can be found on my Google Drive account at:
https://drive.google.com/drive/folders/0B3EESph7UnnNSno0N0lvMFJkb1U?usp=sharing