The drawing of Leonardo da Vinci

The son of a landowner and a peasant, he received training in painting, sculpture, and mechanical arts as an apprentice to Andrea del Verrocchio. About 1490 he began his project of writing treatises on the “science of painting,” architecture, mechanics, and anatomy. His theories were based on the belief that the painter, with his powers of perception and ability to pictorialize his observations, was uniquely qualified to probe nature’s secrets. His numerous surviving manuscripts are noted for being written in a backward script that requires a mirror to be read. In 1502–03, as military architect and engineer for Cesare Borgia, he helped lay the groundwork for modern cartography. Though only some 17 completed paintings survive, they are universally seen as masterpieces.

Leonardo is one of the greatest artists ever. His drawing is very technical, classical and graceful. He paid great tension to details and how his drawing can reveal the real object. In order to draw realistically, he even made anatomic study of human or animal body, which is prohibited at that time. He also master the law of perspective and we can see clearly the vanish point from his drawing or painting (The Last Supper, for example). 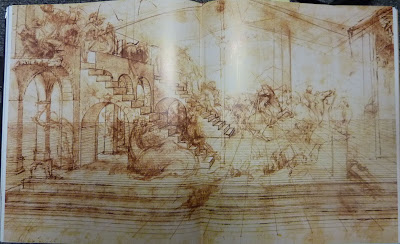 We can see the precise perspective Leonardo utilize for the background from this drawing. (drawing captured from LEONARDO DA VINCI-Artist, thinker, and man of science by EUGENE MUNTZ) 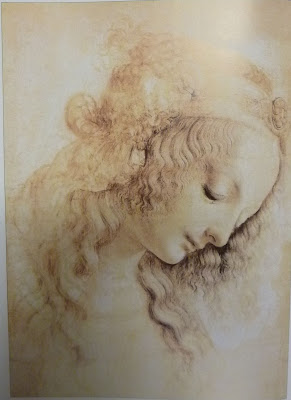 This great detailed drawing is a study drawing of an angel. Every lock of curly hair is carefully drawn. I am amazed by how consistent those hundreds of curve lines are, which require great techniques and huge amount of patience. I can't even draw straight lines this good. (drawing captured from LEONARDO DA VINCI-Artist, thinker, and man of science by EUGENE MUNTZ) 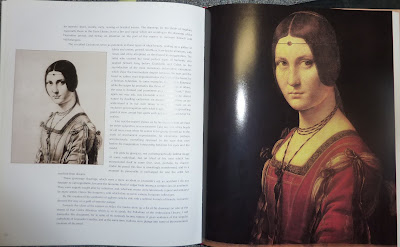 At first sight, the drawing on the left looks just like a black and white photo, only by close inspection did I confirm it's a drawing. This exemplify how realistic his drawing is. (drawing captured from LEONARDO DA VINCI-Artist, thinker, and man of science by EUGENE MUNTZ) 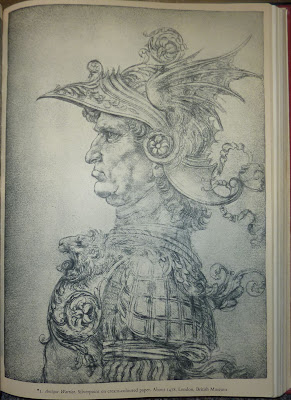 Another example. (drawing captured from LEONARDO DA VINCI-life and work paintings and drawings by Ludwig Goldscheider)
Universally recognized one of the best artist ever, Leonardo is also a great engineer, inventor, medical scientist, and so on. He utilize his art talents in his other field of works, too, include engineering sketch, anatomical drawings and so on. They record his inventions and discoveries, which in turn help him draw better.
Here are some pictures from webs. 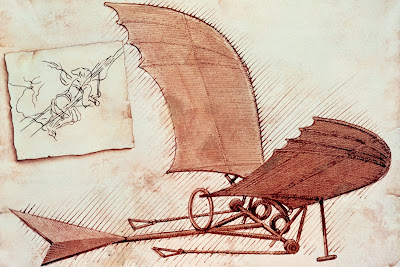 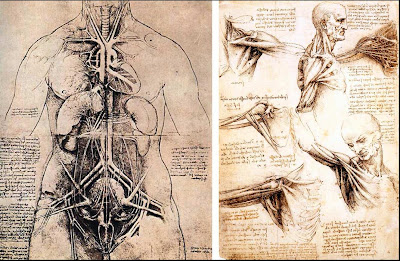 Posted by Theomania at 8:40 PM