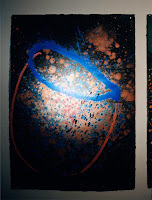 I decided to research and write about Dale Chihuly for several reasons. Of the greatest significance is the fact that his work has captured and inspired my imagination since I was 10 years old. At that young age, I didn’t know his name or any of his credentials, but I was able to identify his work on sight. One thing about Dale Chihuly that I found remarkable was his signature style. Regardless of the medium, Chihuly’s work has born his stylistic trademark. I also admired Dale Chihuly’s daring attitude in his creation of art. In an arena filled with time honored canons, Chihuly garnered respect from the art world, despite his unconventional organic aesthetic. Renowned for his work in blown glass, Dale Chihuly also created vibrant sketches and ceramic pieces.

Dale Chihuly was born in Tacoma, Washington in 1941. In the mid 1960’s Chihuly became a student in interior design program of the University of Washington where his interest in glass blowing was first realized. In 1965, he enrolled into the University of Wisconsin’s glass blowing program and eventually received a Master’s degree in sculpture. In 1969, Chihuly began work at the Rhode Island School of Design, where he established its renowned glass program. As the program began, Chihuly began to practice interdisciplinary or multi-media art. This was done in an effort to breathe new life and vigor into the sparsely practiced art form. In 1971, Dale Chihuly cofounded the Pilchuck School in Stanwood, Washington and served as Artistic Director until 1989.

“…Chihuly deserves much of the credit for establishing the blown glass form as an accepted medium for installation art and, hence, for contemporary expression in late twentieth and twenty-first century art generally.” (Davira S. Taragin)

As early as 1967, Chihuly began to blur the boundaries of art in his work with the use of neon, argon, and blown glass forms. These materials were used to create free standing, life size installations. There are several artistic ideas that have epitomized Dale Chihuly’s work. To start, there has been a continued emphasis on light, translucency, and transparency. Chihuly also explored various media in many of his works. In general, he explored color, line, form, and art assemblage (particularly in glass sculpture). Chihuly’s work also tended to have an organic, natural, recurring theme. For instance, natural phenomena such as icicles and vegetation, gardens, and oceanic life forms have been the subject of exhibits of his. He also concentrated on the function of vessels and their role in the lives of humans throughout history. More recently, Chihuly’s work has concentrated on creating an environment as opposed to ornamenting existing natural or manmade spaces. Also recently, he has explored beyond glass and looked into the malleable possibilities of plastic in expressing many of these same ideas. In pencil, mixed media or acrylic paint (virtually any medium), attenuated, dramatic lines have dominated Chihuly’s compositions. In general, his sketches have been used to express ideas that would later be realized in three-dimension, but recently, great emphasis has been drawn to the similarly stylized quality of his drawings.

Over the course of his career, Dale Chihuly has become a pioneer in art, in both pedagogical and practical senses. He has also been a key player in the popularization and establishment of the modern glass art tradition. Lastly, Chihuly’s work has helped legitimize installation art through the acclaim of his many international installation exhibits. He is still creating art today. 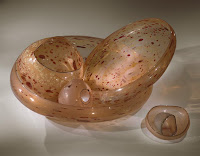 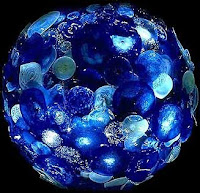