Throughout the second half of the 20th and continuing into the 21st century, contemporary art has expanded upon traditional perceptions of art by placing into conversation the developments and challenges of the present day. Rather than focusing more on particular techniques or a singular theme, it is "distinguished by the very lack of a uniform organizing principle, ideology, or -ism." This differs greatly from other art periods and movements such as Impressionism, which analyzes our world and perception through moments of light and color rather than focusing on pure realism. Contemporary art has evolved to instead reflect more broadly on a variety of social issues, including but not limited to identity politics, globalization, migration, technology, and critiques of present institutional and political systems.
Similarly,  Latin American artists have taken part in the contemporary art movement by creating art that expanded upon previous conceptions of Latin American art and explored the socio-political dilemmas of the day and age. Historically, Latin American art has often been presented as colorful, folkloric, and rustic without the type of intellectual and political depth afforded to artwork created by American and Western counterparts.  Latin America thus was often promoted with a “frozen image”, one that did not accurately represent the developments in the region. Artistic institutions promoted this image by encouraging less controversial visual art that “imagined Latin America as detached from its artists, regional, and international politics, and the Latin American community in the United States.” However, contemporary Latin American artists have worked to expand upon these perceptions by creating work that critiqued the social and political issues of the time. Some of the most dominant themes of the last 30 years have been the rise of Conceptual, Minimalist, and Performance art with critiques of Western imperialism, neo-colonialism, globalization, and military dictatorships in Latin America.
For instance, pop artist Antonio Caro painted his work Colombia Coca-Cola in 1976, which presents the name of the artist’s country in the iconic Coca-Cola script. Here the superimposition of nation and logo points was Caro’s critique of the history of U.S. imperialism in the region and to the “blurring” of the line between consumers and producers. 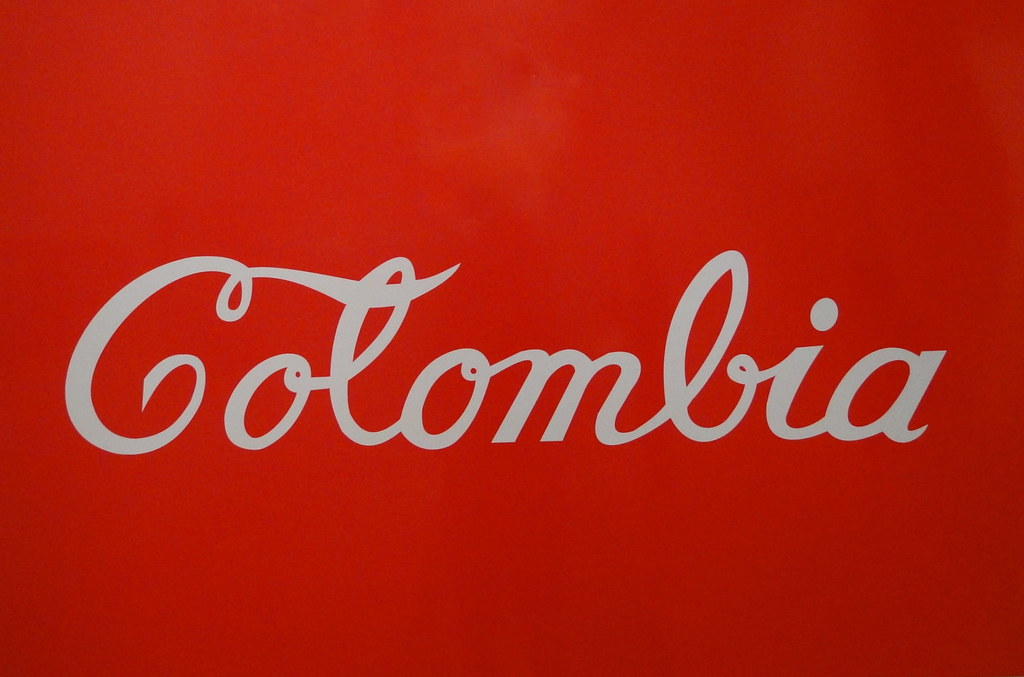 Other Latin American artists also used their work to critique the political situations in their home countries. For instance, Oscar Bony, created art to comment on the disastrous economic policies in his home country of Argentina.  His piece, La Familia Obrera (The Working Class Family), was controversial when first presented at the Experiences 68 exhibition at the Instituto Torcuato Di Tella in Buenos Aires. Bony utilized the exhibition budget to pay a working class family to sit on a plinth in the gallery for eight hours a day while recorded sounds of their home life played in the background. Through this piece, Bony strove to  illustrate just how low wages were considering that the family’s father in the exhibition made twice as much participating in the exhibition than at his job as a die-caster. 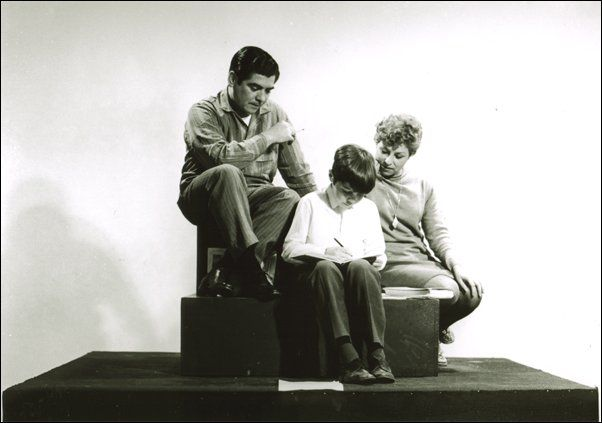 Contemporary Latin American artists have also utilized the power of modern day media to multiply the impact of their art. Brazilian photographer Vik Muniz has gathered notoriety internationally through the use of photography, mixed-media, and film to comment on the effects of globalization and economic inequality.  Some of his best known work repurposed everyday materials to make intricate and heavily layered recreations of canonical masterpieces. From my perspective, one of his most impactful works was a project in which he photographed trash-pickers as figures from emblematic paintings, such as Jacques-Louis David’s Neoclassical Death of Marat, and then recreated the photographs in large-scale arrangements of trash. The project was preserved in the 2010 documentary Waste Land, in an attempt to raise awareness for urban poverty. In line with the themes of many modern day contemporary artists, Muniz explained the work as a “step away from the realm of fine art,” and an effort to “change the lives of people with the same materials they deal with every day.” 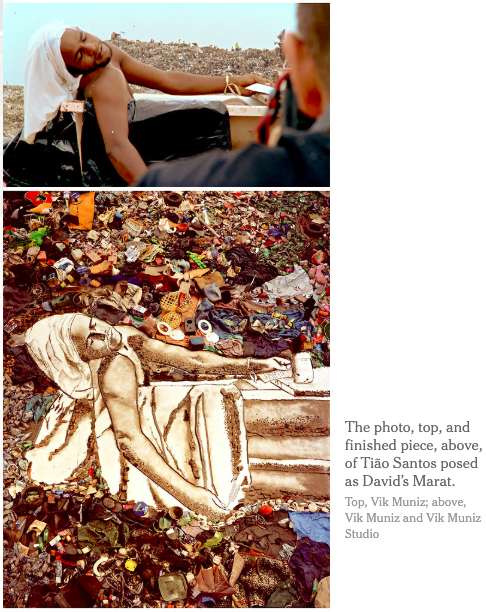