Even though contemporary art is simply defined as art made by artists living today (the twenty-first century, to be more specific), I think it’s made a name for itself as a wacky, surrealistic, out-there form of art that can be made by just about anyone—which isn’t always true, of course. Sure, I’ve seen people hang up canvasses comprised solely of one stroke across the otherwise-bare linen that could very well have been done by a three-year-old, but that’s beside the point. People often decry contemporary art for its lack of adherence to traditional art, not understanding that art is ever-evolving and unlikely to always remain the same. Still, since traditional styles are what I’ve always been drawn toward, I wanted to take the chance to explore contemporary artists who still make art that could be mistaken for a different time.

In particular, there are two artists whose work I want to highlight—I’d all but forgotten their names until I looked at a list I’d compiled during my senior year of high school.

Both are primarily painters, both are very much so contemporary, and yet the two are different in so many ways. Looking through their portfolios and galleries online, I can see that my taste hasn’t changed since the last time I perused their works. That is a comforting thought. Should that be concerning? Is that a sign that I don’t like change? Or maybe it’s a good thing—that I’ve changed in many areas, but not in art? Who knows.

Here’s a sample of Galbraith’s works: 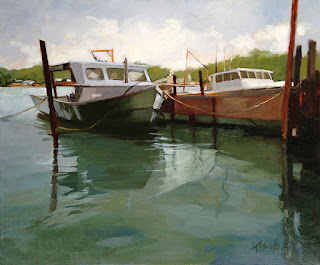 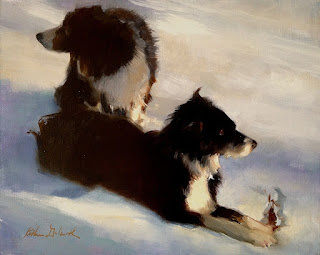 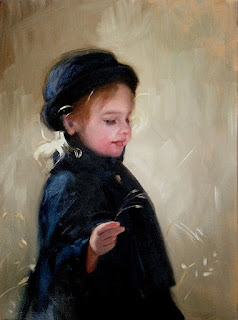 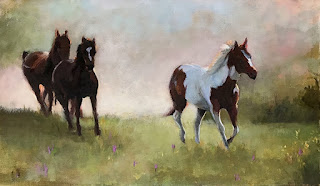 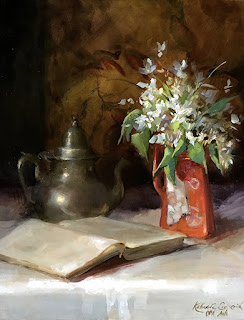 Clearly, her works could be slotted into the last century without looking out of place. And yet, her time period is much more recent than the late 1960s, which is what art historians have widely considered as an estimated starting point for pieces that could be classified as contemporary art (Richman-Abdou). I love how Galbraith enforces the idea that gentle beauty and, in particular, impressionistic styles don’t have to be a thing of the past. Art should never be confined to one generation, and there shouldn’t be the concept of ‘you’ve lived past x time, and so you shouldn’t make art in x time’s style.’

And here is a sample of Giarrano's works: 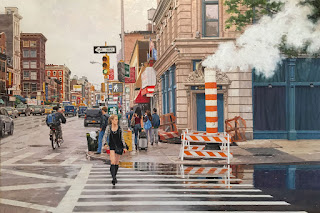 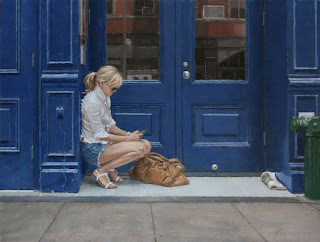 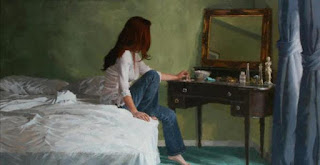 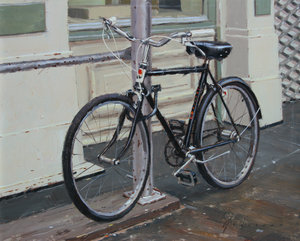 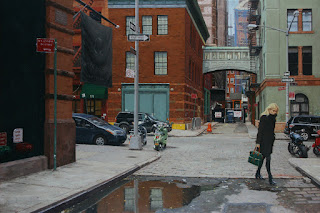 While these are also realistic paintings, they look distinctly more modern (despite the fact that both artists are from the same time—today). In particular, I’m looking at the second painting—the one with the crouched girl in front of large blue doors. I think two things contribute to the more “modern” look: the fact that the backgrounds are themselves inherently more modern, and the fact that there are less colors mixed into the woman’s skin: it looks to me like only ochre and white, as opposed to the blues, yellows, and reds that are evident in Galbraith’s work. There’s also more definition and less wispiness (larger strokes) to the figures. I imagine that, had Galbraith chose to make her own representation of one of Giarrano's subjects far away from the idyllic countryside scenes that she seems so fond of, the background of the noisy streets would nonetheless have a peaceful feel to them. In particular, they'd likely be feathery and dreamlike, ergo, not so defined and detailed. While still representing realism (in fact, perhaps more real than Galbraith's style), Giarrano's work to me is a good in between of then and now: straight realism without the practiced mastery of olden styles and colors.


It goes without saying that artistic styles have become more diverse, and it’s refreshing to know that the old has kept up with the new.

Richman-Abdou, Kelly. “Art History: What Is Contemporary Art?” My Modern Met, 11 May 2017, mymodernmet.com/what-is-contemporary-art-definition/.