The reason why I came to Duke is because of the immense academic freedom it had to offer. I have been drawing since a very young age, my father being an artist has led me to develop an aptitude in this domain. My interest in drawing had been growing stronger over the years and when a series of portraits I had done my senior year of high school got exposed at my city's house of Youth and Culture, I knew for sure I wanted to cary around a pencil and a sketchbook for the rest of my life. Drawing, to me is a very soothing, personal activity. Yet it can requires an inhumanly amount of patience and despite the control your hand might have over the pencil, sometimes the final result is not what you intended it to be. In other words, it is always a challenge and procures a great feeling of satisfaction which is why I am pursuing drawing in college.
Growing up in Alps in the south of France however, has led me be as passionate and excited about another subject : The Environment. As a child, my brother and I spent hours out in the fields, pretending to be explorers saving endangered species, and I must admit, that childhood fantasy had turned into a real possibility when I started taking biology classes in high school, and it has now become my reality as I take marine science classes at Duke. If I were to stay in France for a higher education I would have had to integrate a very narrow minded academic system. I would have had to choose between the path of science and art, any possibility of doing a chemistry and drawing class in the same day would be absurd. Duke has offered the chance to flourish in both fields and become a scientist and artist.

I have been having my doubts on weather or not such a unique diploma would get me anywhere, however whilst skimming through the pages of my Marine Megafauna book for class, I fell upon a set of unique drawings that clicked the switch of my mind's lightbulb. 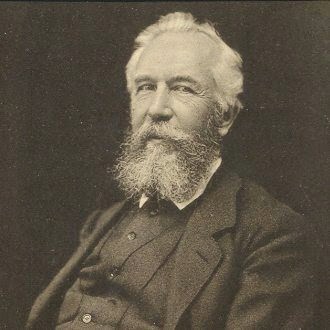 Ernst Hekel's work is truly amazing. I had never been exposed to drawings quite like his. He was a German biologist naturalist and artist who lived in during the 19th century. He was a medical and science student in Berlin before being a professor of zoology at Jena from 1865 until his retirement in 1909. Reading Charles Darwin's Origin of Species, which had been translated into German in 1860 completely changed his life. He began to manufacture "evidence" in order to bolster his views on evolution.  He was the first person to ever draw an evolutionary ‘family tree’ for mankind as well as the first to find answers to the link between inorganic and organic matter.

He maintained a strong point of view that science and art could expose the hidden truths of nature. By traveling the world with sketchpad and watercolors and a microscope he documented the coastal, marine and tropical ecosystems. In his selection of 100 colored lithographs published in 1904 under the name of Kunstformen der Natur, he reveals his ability to find the perfect balance between accuracy and idealization. The flamboyant colors and and very symmetrical patterns make the variety of aquatic creatures and vegetation he is documenting acquire a somewhat fantastical, psychedelic side. The level of detail and information about the organisms' body structure is almost unreal for an illustration the the 1900's. Most biologist would simply draw a rough sketch to have an approximation, a record of the organism they were studying, however Hekel strongly believed that morphology had aesthetic roots

His work is extremely meaningful and inspiring to me as a scientist and artist too. I think his lesson however should appeal to all : There will always be a place for people who trust themselves, and pursue what they love to do, not what appears to be more socially or financially benefiting.