Dutch art history is during the 17th century was know as the “Dutch Golden Age” because of the amount of paintings that were produced during this time and the types of paintings that were made. Dutch artists broke off from the traditional style of Baroque, which is a style of art that is highlighted by elaborate detail to produce drama, tension, and grandeur, to a more realistic style that was concentrated on the real world. These paintings included cityscapes, historical paintings, and still life. When the French Invasion occurred in 1671, the Golden Age came to end and introduced artists such as Vincent van Gogh, who became world renowned for his use of light and color. After the death of Vincent van Gogh, artist Piet Mondrian revolutionized Dutch art. He was well recognized because of his Neo-Plasticism style or De Stijl. Piet explained this style of expression as “plastic” which referred to the action of forms and colors on the surface of the canvas as a new method for representing reality.

Piet Mondrian was born in Amersfoort, Netherlands in 1872 to a family of painters and artists where art and music were encouraged. Piet’s father gave him drawing lessons as a kid, while his uncle, who was a well-known painter, taught Piet how to paint. This led him to pursue a career in education and became a drawing teacher, while still actively painting. The environment of the Netherlands where he drew naturalistic landscapes and incorporated his signature abstract design and primary colors influenced the beginning of his career. When he moved to Paris, Piet became influenced by the Cubist style of Picasso and this greatly impacted his future work. 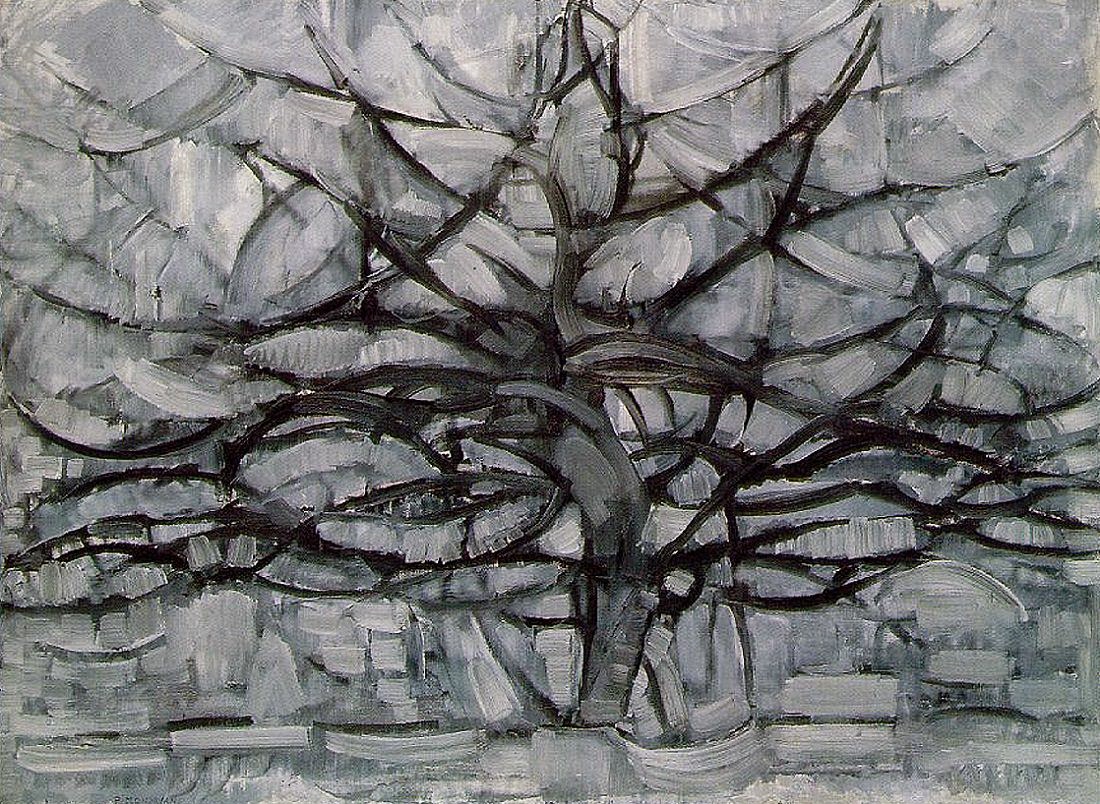 The Gray Tree (1912) embodies Mondrian’s early transition towards abstraction of naturalistic scenery and the influence of Cubist design. The reason why Mondrian changed the landscape of European art was because many artists of the time period were depicting realistic, naturally occurring paintings, where in this painting the three-dimensional tree has been reduced to lines and planes using only gray and black colors. Mondrian’s later paintings of tress were abstracted to the extreme of being barely detectable through the use of horizontal and vertical lines. 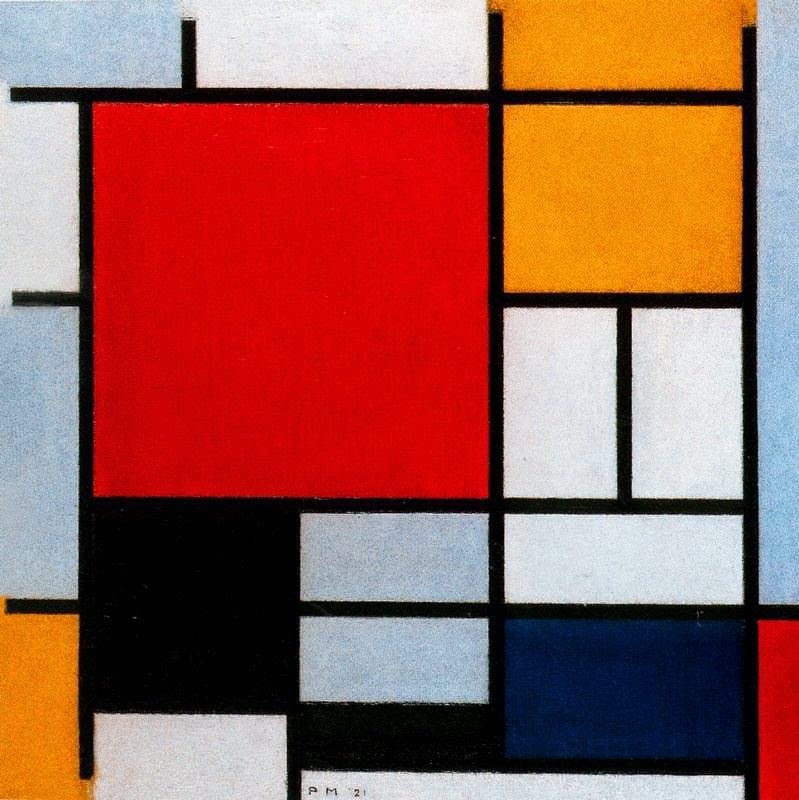 Once World War I had ended, Mondrian returned to Paris where he would become fully immersed in abstraction painting. This is when he began producing the majority of his work as the grid-like style, filled with primary colors and bold horizontal and vertical lines. The use of asymmetry, different sizes and colors of shapes creates the flow of the piece that speaks to the rhythm of modern life according to Mondrian. To create a sense of depth in these seemingly plain paintings, Mondrian would use different brush stroke techniques to make certain colors appear to be closer or farther away. This abstract style set him apart from other artists of his time and gave him renowned recognition. 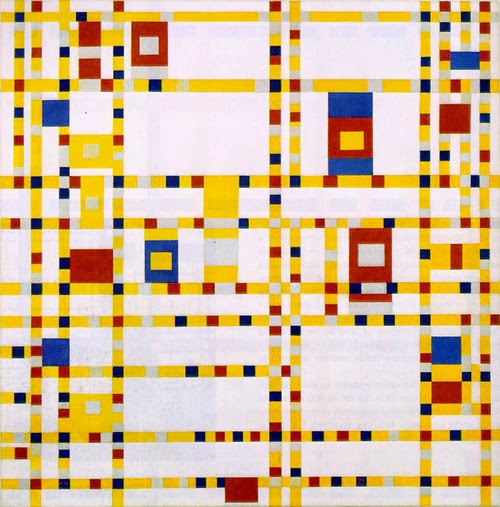 During the time of this painting, Mondrian had moved from London to New York City where he would spend the rest of his living days. The inspiration behind this painting comes from the exuberance and energy of New York City, while also portraying the tempo of jazz music of that time period. This painting is much different than his previous pieces because of the use of lines of color intermixed with blocks of solid color. The yellow lines and asymmetric distribution of red and blue blocks represent taxi cabs picking up people from stop light to stop light in the busy city of Manhattan and New York City. This was Piet Mondrian’s final completed painting as a symbol of his developing style of abstraction and simplicity.
Piet Mondrian set the path for abstract art and became the trendsetter of the De Stijl art movement. He showed that abstraction and simplicity could be just as sophisticated and detailed as natural and realistic paintings. He also showed that use of primary colors, straight lines and corners, and geometry in a painting could create a narrative that speaks to the culture of his time. His work is now on display in Manhattan and several other museums in the Netherlands.