Here I want to show some cool drawings by some fantastic artists:

Yoshinari Yoh is a key animator (bigwig who does all the important/difficult frames), having worked for the likes of Gainax and Trigger, with credits on projects including Evangelion, FLCL, PSG, TTGL, and more recently Little Witch Academia. Here's a short documentary on the making of LWA, in which Yoshinari is briefly featured (if I recall correctly): https://www.youtube.com/watch?v=7LgHOUTZ8Gc -- really fascinating stuff. Yoshinari's experience in Japanese animation shows in his sketches: 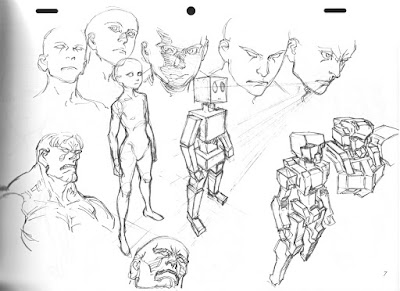 As a key animator, Yoshinari needs to draw upon his knowledge of both structure... 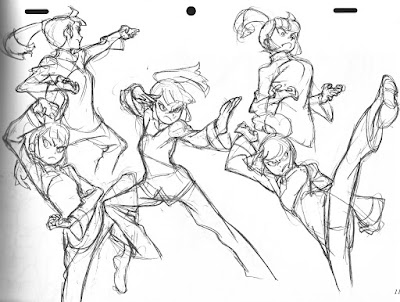 ...and gesture. Here the expressiveness of the characters and the fluidity of the lines within and between frames is vital, contributing to the production quality that we all love from studios like Gainax and Trigger. 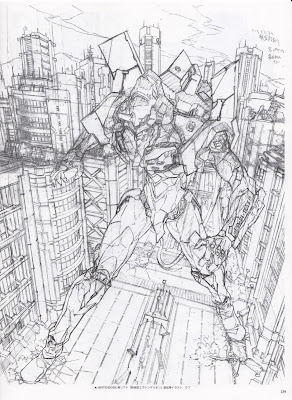 I don't remember the context of this, but it's basically a layout of an Evangelion Unit in Tokyo-3, from the series Neon Genesis Evangelion (Gainax). (But you didn't need me to tell you that.) 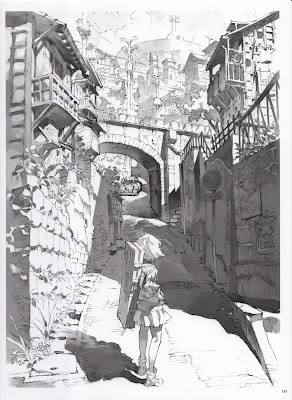 Amazing artwork for Kill la Kill (Trigger), which had a stellar team, a story on crack, and fresh and attractive animation. Actually can't recommend this series enough.

There are a series of sketchbooks out there called "Atmosphere's Sketchbooks." They're a collection of drawings by three Japanese illustrators who go by yone, ebisu, and tarou2. Although I don't know much about them individually, I believe they've made contributions for studios like Trigger, having done character design work for recent series like Kiznaiver. Really pretty. 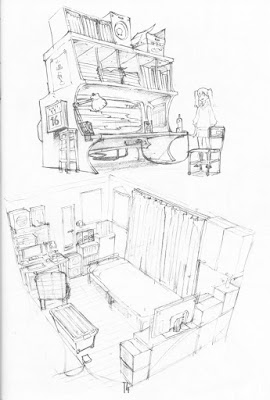 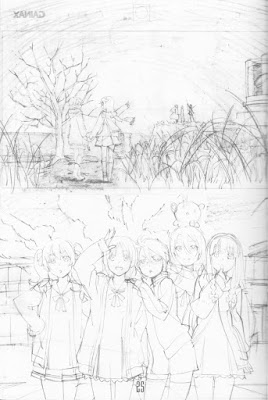 Seems as if one of them has done work for Gainax.

If there was ever an illustrator to capture the hearts of the public though, it would have to be Kim Jung Gi. He's best known for his "live shows," where he basically illustrates these humongous murals impromptu with nothing more than a brush pen (this means no underdrawing or erasing), and no references. You can see an example here: https://www.youtube.com/watch?v=Rynxr6twe4w. But what I love most from his work are the small process sketches where his experience and skill really shine. 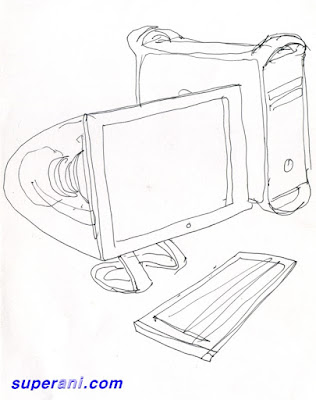 Early sketch. Not the most sophisticated drawing, but clearly demonstrates Kim's grasping of perspective. All objects look solidly grounded and three-dimensional. Through suggestion we can "see" the plane on which the computer and accessories are resting. 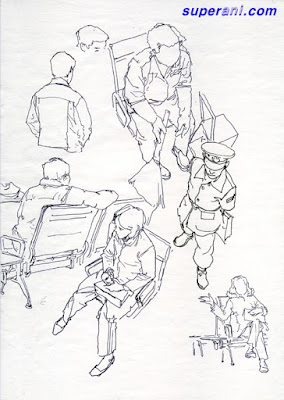 Another such drawing, not to be dismissed as a collection of idle squiggles. The experience (and patience) required to illustrate these figures must have been great -- to accurately represent foreshortened anatomy and drapery and in perspective at such extreme angles. I can already feel my head hurting. 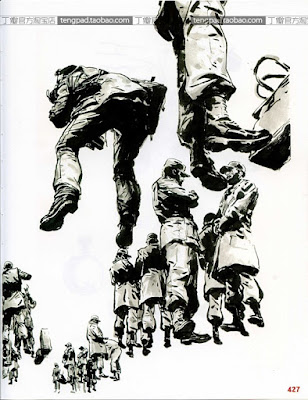 Friendly reminder that this is out of one of Kim's "sketchbooks." 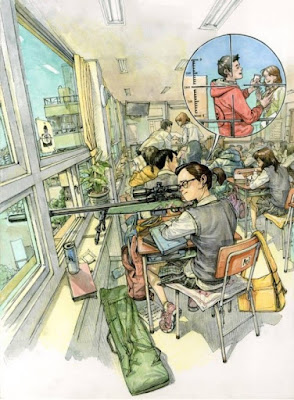 A cheeky color illustration. A cartoonist Kim may be, but nevertheless a master.

Here are some other artists and their drawings that I like:

Katsuya Terada, the "Rakugakingu" ("Doodle King"), a Japanese illustrator whose clients include not only the anime industry but also the likes of Nintendo, Marvel, and Dark Horse. Also draws big murals. 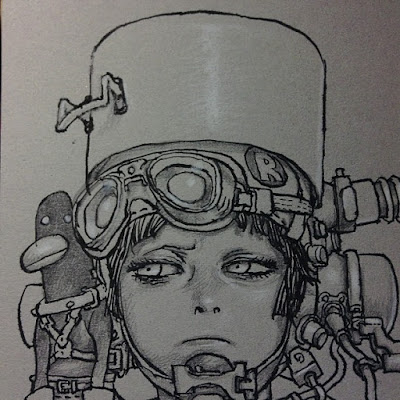 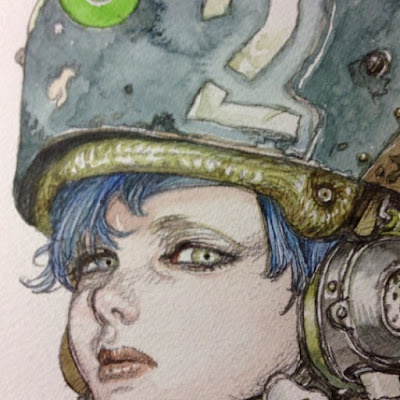 Yoji Shinkawa, an illustrator with big contributions to the Japanese video game industry, with an especially prominent role in the artistic presentation of the Metal Gear series. See him at work here: https://www.youtube.com/watch?v=ouI8KXTdzhI.